It was glitz and glamour, it was songs and lightings, but in the end, the football outshone the opening ceremony yet again. Russia started off conservatively, and were more than happy to let their Middle-Eastern counterparts keep the ball. But that did not mean that they did not come out to play. They were the more threatening side of the two, moving the ball along the wings quickly, particularly in the left channel, with a lot of success.

And it was from the left channel that they created their first goal, with Aleksandr Golovin, the young rising star of Russia, floated a ball into the back post and Yuri Gazinsky attacked it with intent and put the ball past the hapless Said goalkeeper. The stadium erupted, and the fans had gotten the spark that they needed to really start enjoying the spectacle. 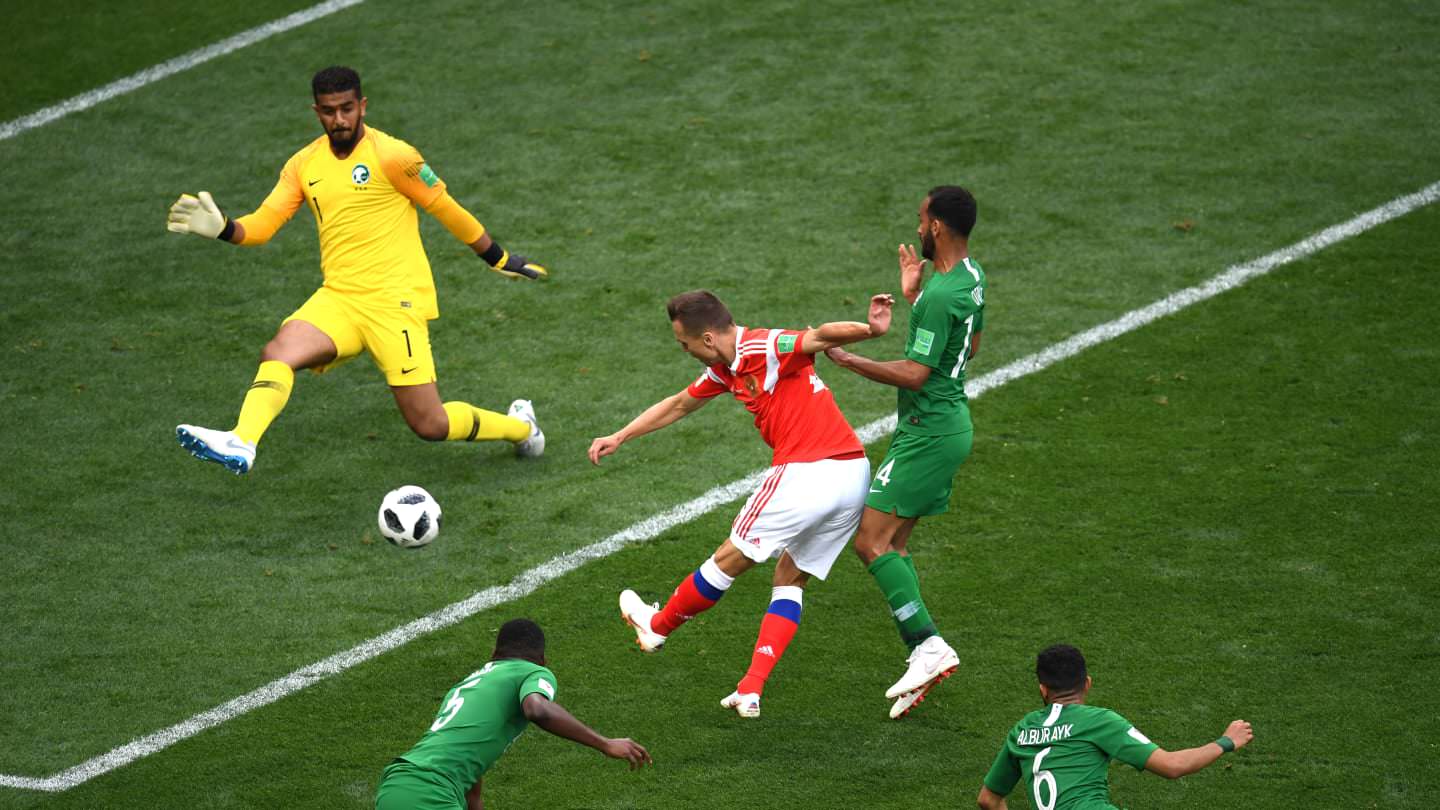 Russia stuck to their strategy of countering on the break, and in the 42nd minute, Denis Cheryshev, on for the extremely unlucky Alan Dzagoev, lifted the ball over two sliding tackles and blasted it into the near post to send the fans wild and put Russia into a position of comfort. The Russians were in cruise control at 2-0 going into the half time, with the loss of Dzagoev hardly felt.

The second half saw more of the same and the Juan Antonio Pizzi sent his men in green in with more emphasis on closing the spaces. The tactic worked for a while, but in the 71st minute, when Stanislav Cherchesov brought Artem Dzyuba on, things changed completely. The big muscular presence up top disrupted the Saudi defense, and he scored the third goal immediately after coming on, turning the game into a party. 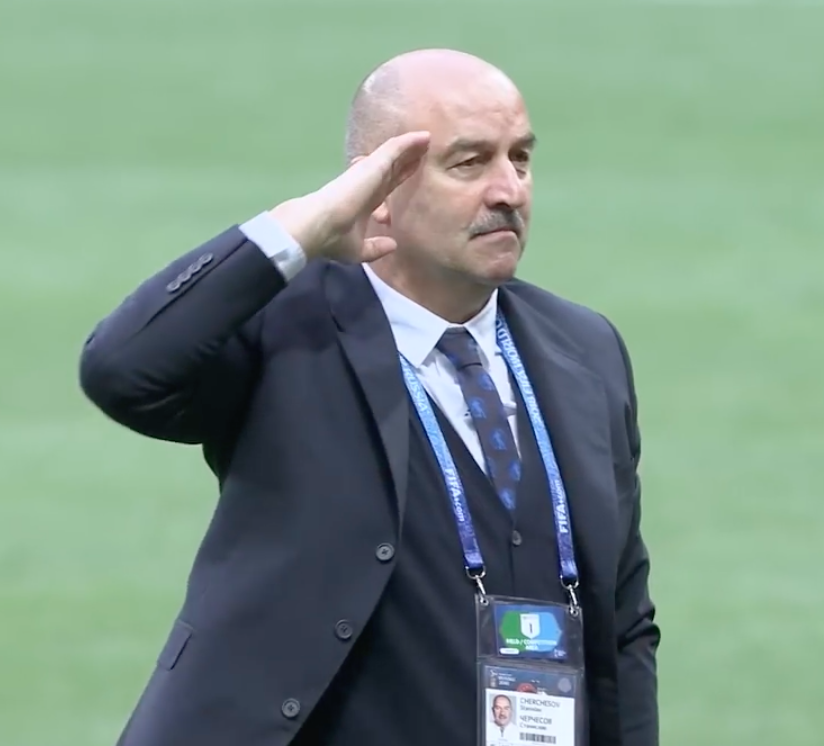 Two signature goals from Cheryshev and Golovin capped off a wonderful evening, with the quality of the goals making an early stamp for goal of the tournament. Cheryshev’s finish especially was one to marvel with gaping mouths. He curled the ball from the outside of his boot from the edge of the box. The Saudi goalkeeper dived, but only for the cameras as the ball nestled into the net. Golovin then converted a spot kick beautifully to send the fans home happy in the 4th minute of injury time.

Russia were given a decent chance coming into the game, but nobody could have ever expected such a crushing. Credit has to be given to Stanislav Cherchesov who set his team up wonderfully to defend in numbers and then break in numbers. It was a wonderful beginning to the 2018 World Cup and on the basis of this performance, Russia just might have a chance to survive their group. 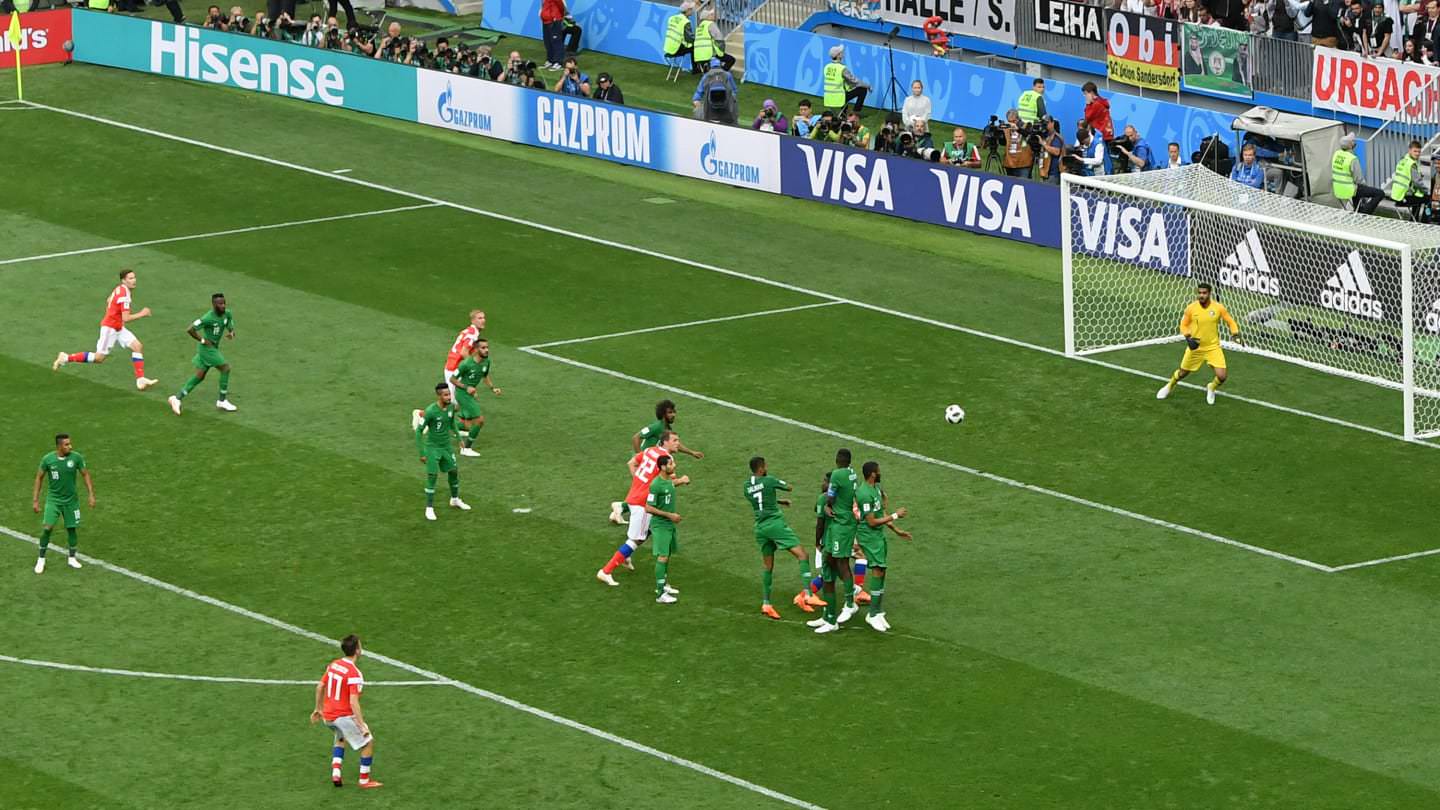