Ahmedabad: Indian Super League (ISL) outfit Chennaiyin FC defeated Colombo FC to qualify to the group stage of the AFC Cup here at the Arena football stadium on Wednesday. The hosts came into the game after holding Colombo FC to a goalless draw in the away fixture previously which was played on March 6 in Sri Lankan capital Colombo.

The hosts dominated the game in terms of possession and attack but were unable to convert them throughout the first half. In the second half head coach John Gregory brought in Anirudh Thapa and he brought in the much-needed adrenaline in the Chennaiyin attack.

Finally, Indian international Jeje Lalpekhlua found the back of the net in the 68th minute to give the Machans the all-important lead. After the goal was scored, the visitors almost surrendered to the much-superior Chennaiyin who kept control of the game thereafter.

Speaking to Indifoot after the game an elated CK Vineeth expressed his pleasure over the team's victory. "Both the team and me were looking out of shape(in the Indian Super League) and today's performance was very positive in this regard. I missed a couple of chances but overall had a very good game."

Mwanwhile, Colombo FC head coach Roomy Hassan heaped praises on Chennaiyin FC midfielder Raphael Augusto."With a midfielder like him who can hold the ball and distribute it so well, Chennaiyin have a good chance in the AFC Cup." 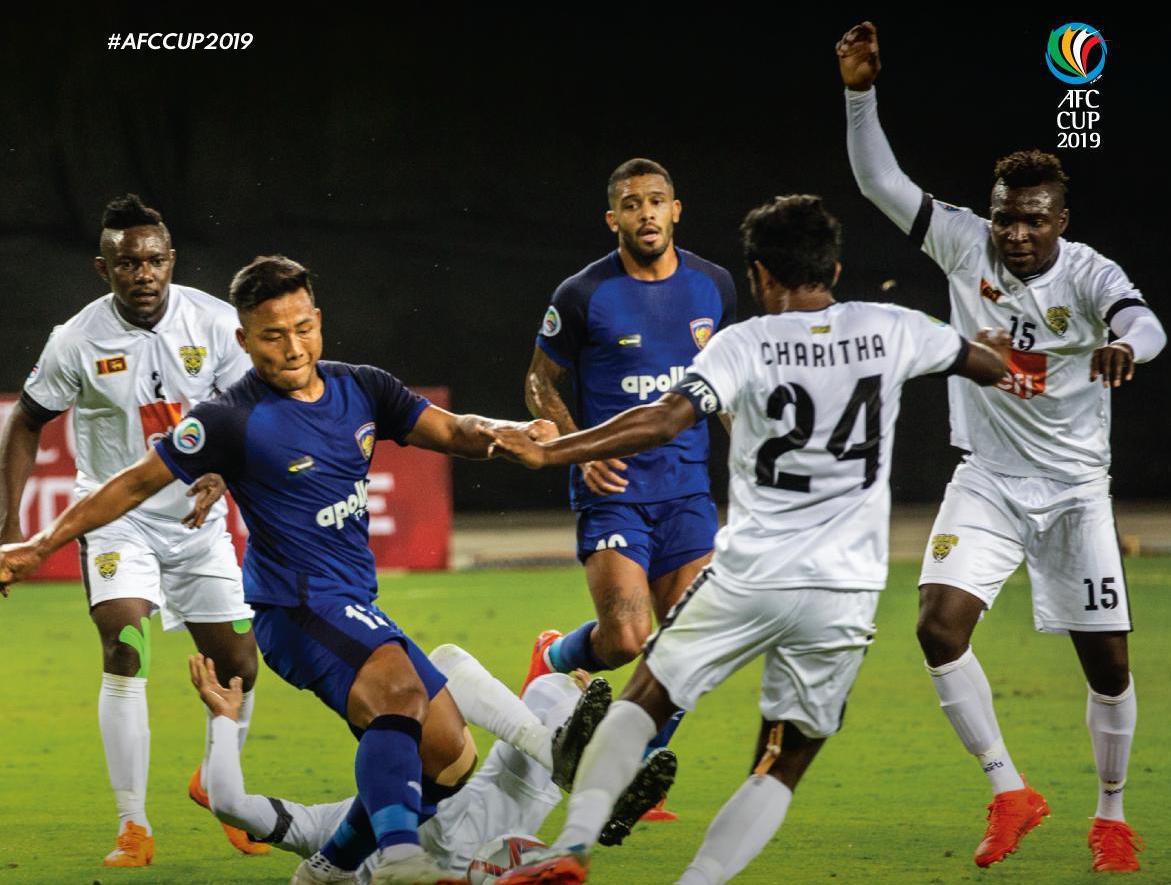 "We gave Jeje a little bit more help today. CK Vineeth played in a more attacking role. We knew we had to score. We wanted to take the game to Colombo. I thought CK Vineeth did very well. Jeje and CK complimented each other really nicely. Isaac Vanmalsawma and Thoi too were good in attack and defense.

We missed quite a few good chances. We should've probably won it 3-0. But I don't care about the result. What matters is we qualify for the AFC Cup group stage and that was our objective. Colombo are a very good side and they gave us a fight. But we came good in the second leg here today."