A day after National Coach Stephen Constantine described Pronoy Halder as a “destroyer,” Halder stressed that he needs to “stay grounded and not get carried away.”

Reflecting back on his wonderful strike against Chinese Taipei in the inaugural match of the Hero Intercontinental Cup where he cut down the left and curled it past the diving rival goalkeeper into the far corner, Halder admitted he “wants to score more like this.”

"I'm very delighted to have scored a goal like that. But I need to be more consistent if I want to score more,” he told

Sitting relaxed at the team hotel lobby, Halder, a former AIFF Academy graduate kept going back to his days at the AIFF Academy under his “mentor” Colm Joseph Toal, the man who shaped many a career in Indian Football.

“Earlier, I used to play a central defender. But Colm-Sir introduced me as a defensive midfielder. The days at the Academy made me confident and laid the track for me. The discipline which we gathered from Colm-Sir has helped me a lot,” he stated.

“At that time we all felt that maybe so much discipline was perhaps not needed. But we all adhered to it. Today looking back, I understand had he not steered us through the rough waters, we may have all been swept away,” Halder recollected. “He always used to remind us that he will always follow us playing Football. I am so proud to have been coached by him.” 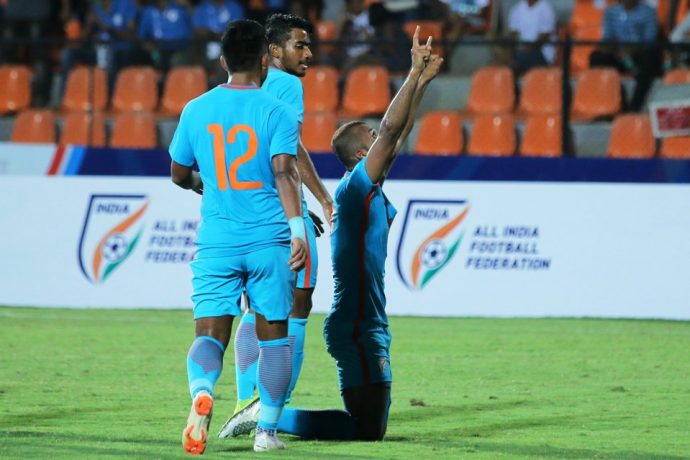 Halder graduated out of the AIFF Academy in 2011 along with his batchmates including Pritam Kotal, Narayan Das, Halicharan Narzary, Brandon Fernandes, Sehnaj Singh, Bikramjit Singh (jr) amongst others.

"After Colm Sir, Stephen Constantine is the person who has taught me a lot. I try to execute the plans laid down by him. After coming back from an injury lay-off, the performance against Chinese Taipei was a relief for me,” he added.

The starting XI against Chinese Taipei had seven ex-AIFF Academy cadets playing at tandem as a five-star India ran away with the match to win 5-0.

Halder continued: "I feel the AIFF Academy has played a major role in supplying players to the National team and it must continue like this. The Academy grooms and creates the supply line which helps the player to fit in the National Team setup quite effortlessly."

Anirudh Thapa, another AIFF Academy graduate who started alongside Halder seemed to be a befitting duo at the midfield to wreck the damage.

"We complemented each other well and helped to soak in the pressure from the defenders. Thapa played a fantastic role in opening up the rival defence from behind and tracking back to help the defenders. I hope this partnership will go from strength to strength in the coming matches." 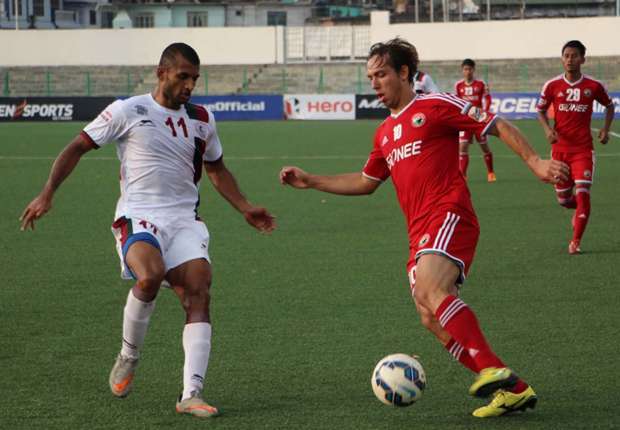 Looking ahead, Halder stressed that he is ready for the Kenyan challenge in the next match.

“We are aware of their capabilities but will not let them go easily. We're ready for the challenge and we hope to overcome them to step one step closer to the final."