Liverpool: It was an electric atmosphere at the Anfield as 50,000 strong Reds supporters turned Liverpool’s home stadium into a fortress. They laid siege on FC Barcelona mentally while on the pitch, Jurgen Klopp’s commanders executed their coordinated, non-stop, into your faces pressing with incredible effect.

Liverpool ran riot at the Barca defense, whipping them left, right and centre to record an incredible comeback and progressed to the finals of the UEFA Champions League yet again. On the quality of play over both the legs, they thoroughly deserved to go through. It was a night of one unlikely hero and one potential Player of the Season for Reds.

Liverpool were off to a flying start in the game, with Sadio Mane and Trent Alexander-Arnold keeping FC Barcelona on the back foot throughout the beginning. As the Anfield crowd cheered their players forward, Jordi Alba made a silly and unforced error. His back pass to his defender was woefully short, with Mane latching onto the ball.

He then fed Henderson, whose shot was saved by Ter Stegen, only to be parried into the path of their unlikely hero, Divock Origi. Origi made no mistakes, latching onto the loose ball and putting the Reds ahead. It was ecstasy for the Reds supporters, but Jurgen Klopp silenced his players and told them to get back and restart again with the same intensity.

And they did just that. Henderson and Milner were all over the park, winning every duel and making pin-point passes. Andy Robertson tested Ter Stegen, the culprit for the first goal, with a well-drilled effort. But the best chance of the first half fell to the God himself, Lionel Messi. On a rapid counter, Messi and co overloaded the Liverpool box, with Messi finding the ball at his feet and only Alisson in front of him to beat.

He decided to cut across the side-rushing Virgil van Dijk, but the Dutchman dangled a leg, which took the ball away from Messi. It was a big let-off as the Kop collective sighed the breath of relief. At the end of the first half, Liverpool were ahead, and were looking the more likely of the two sides to score the second. 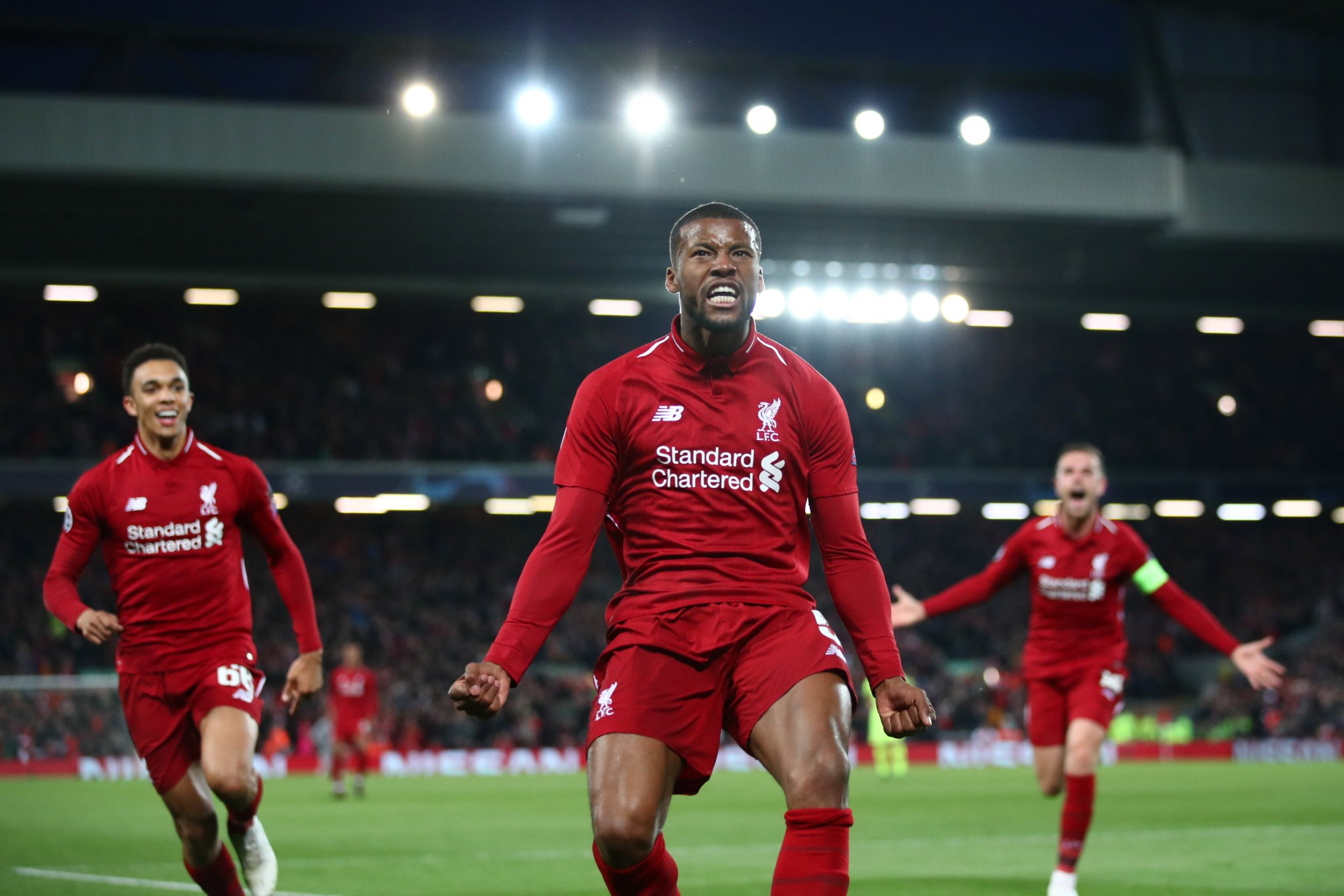 Early in the second half, they did just that. Gini Wijnaldum, on for the injured Andy Robertson, made a late running right in the middle of the box. He was expertly found by the 20 year old Trent Alexander-Arnold and Wijnaldum drilled a low drive to the left of Ter Stegen. The Barca goalkeeper got a hand to the ball, but it was not strong enough as the ball trickled over the line, sending the Anfield crowd into delirium.

As the Kop end began to settle down from celebrating the second goal, Wijnaldum just went ahead and did it again. The inspired super-sub headed in a delightful little cross from Xherdan Shaqiri to send the Anfield rocking. It was an expert finish from Wijnaldum and now the Reds were believing. They can tame the mighty. They can do the unthinkable. They can achieve the impossible.

And in the 79th minute, a piece of pure genius from TAA did just that. When Liverpool were awarded a corner, he ran to the corner flag to take it early. Seeing that both the defenders had not reached the box yet, he seemingly decided to walk away. The Barca defenders bought his gimmick and started getting into position, looking at van Dijk and Matip. This left Divock Origi completely free in the 6 yard box and TAA ran back and found him with a low drilled pass expertly.

Origi made no mistake, converting it past the on-rushing Ter Stegen and finishing the night off for Barcelona. Liverpool were in wonderland, the Anfield crowd had gone crazy, they were remembering the night in Istanbul and were rocking the whole Arena. Jurgen Klopp went crazy, the players on the pitch went crazy, but TAA was the calmest man on the pitch. The 20 year old had single-handedly turned the tie on its head, recording two assists and pocketing Philippe Coutinho for the entirety of the game. 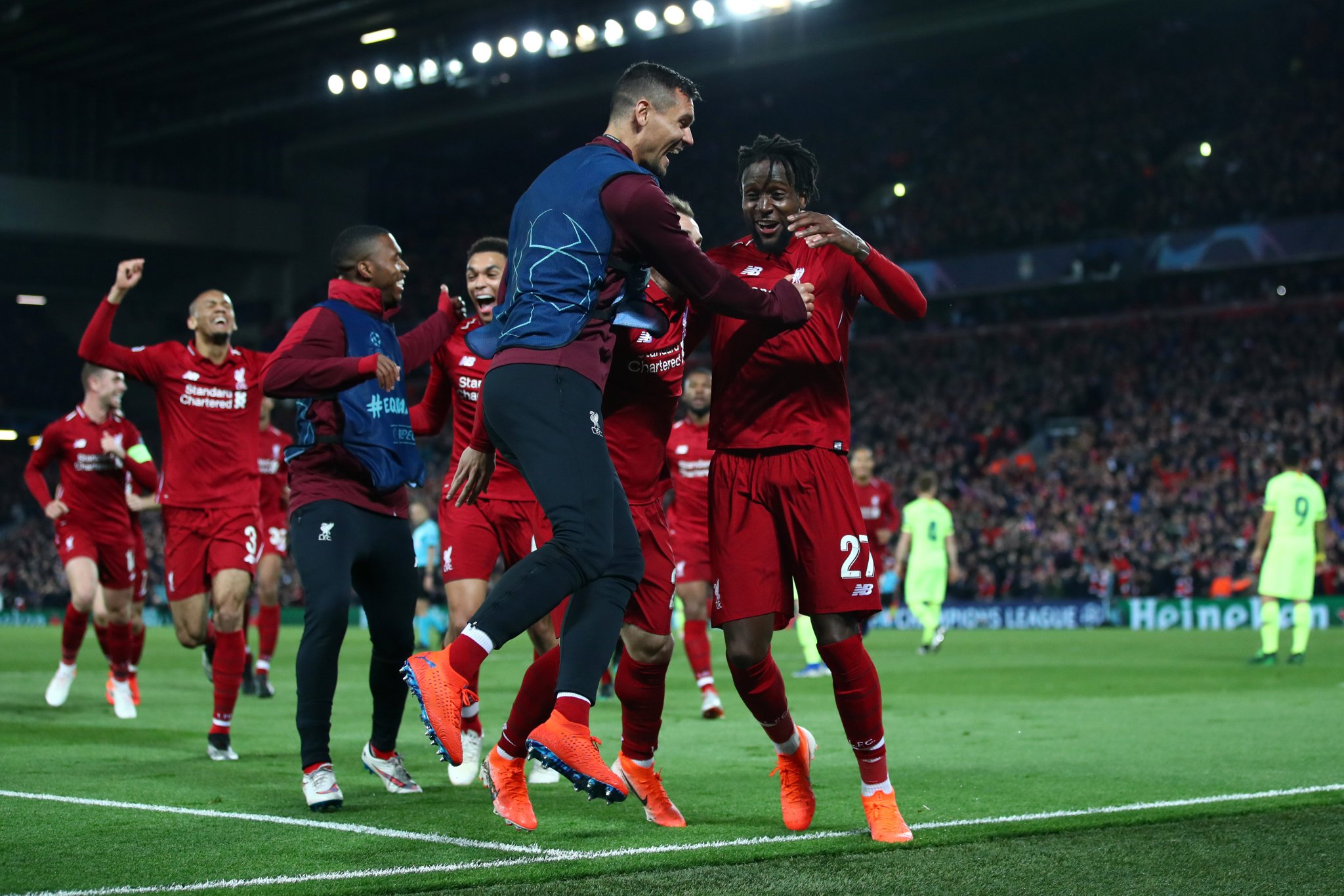 It was a memorable night of UEFA Champions League football and Anfield lived up to the lofty expectations we have come to expect from it. Jurgen Klopp was ecstatic after the game and here is what he had to say:

“I said to the boys before the game that this is impossible, but because it’s you, it’s possible. It’s 10:10pm, so most kids are in bed, these boys are f*cking mentality giants. It's unbelievable. The whole game was too much. It was overwhelming.

We thought our performance was better than 3-0 at Barca, and Barca were better than 4-0 here. We all know you need luck in this situation or a genius moment like Trent Alexander-Arnold. I saw the ball in the net and it was too quick for me. Oh my God – genius.

We know this is the club that makes atmosphere, emotion, desire and football quality. If you cut off one it doesn't work. This club has a big heart and tonight it was beating like crazy. It was pounding, you could feel it all over the world.

After last year we felt we have to go back. We cannot let it stand like this. Now we get another chance and we will go for this. This club touches you like crazy. I love it.” 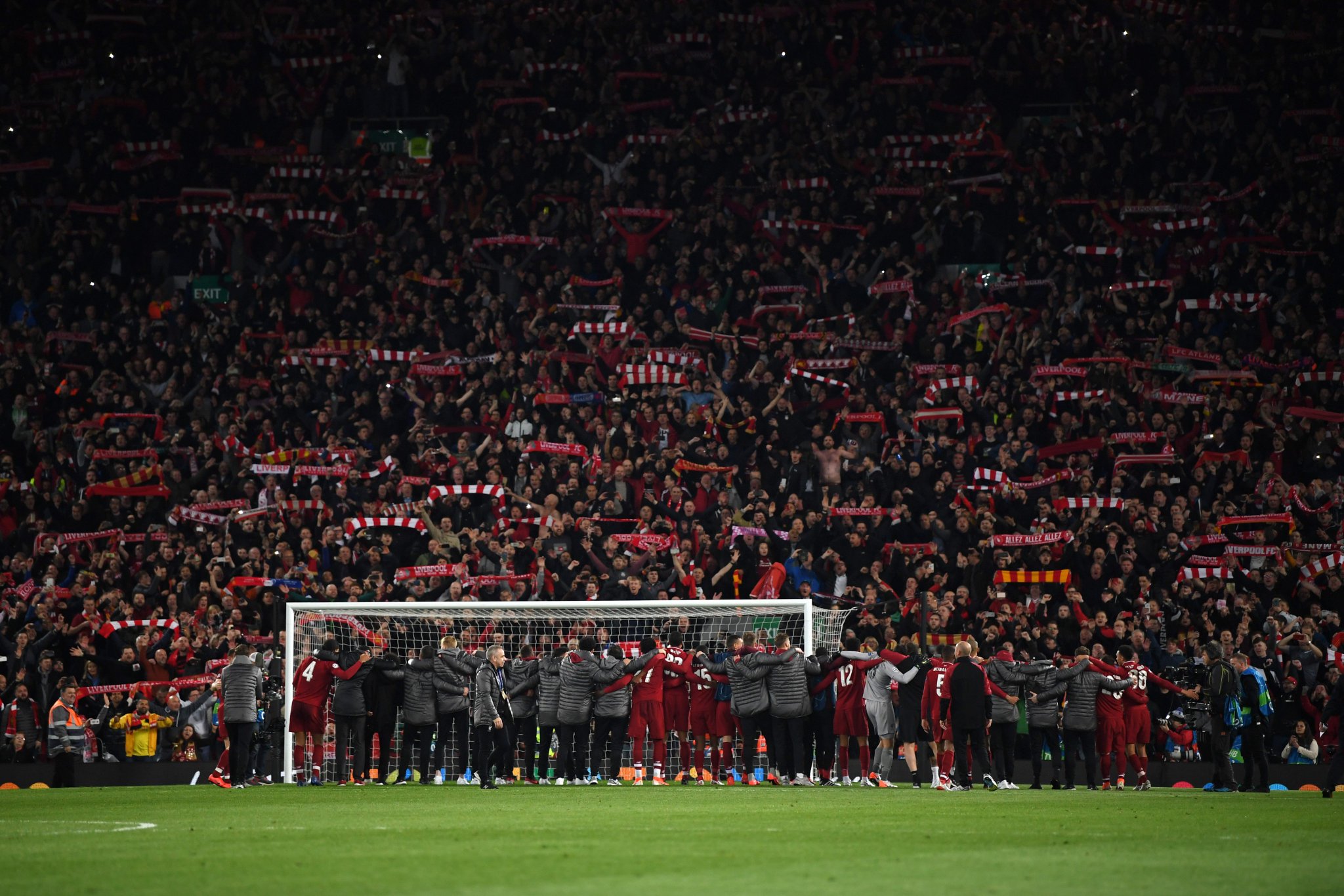 It was a well deserved victory of Jurgen Klopp and co. and sees them on the brink of winning yet another European trophy. They will face either Tottenham Hotspur or AFC Ajax in the finals at the Wanda Metropolitano in Madrid.