Naby Keita has finally arrived to the Premier League. But before that transfer, Liverpool sprung a major surprise by signing Fabinho from Monaco. The Brazilian is a lanky operator in the middle of the park who does not shrug away from his defensive duties. Ever since Leonardo Jardim converted him from a full-back to a central midfielder, he has kicked his game up a notch, which has earned him a big money move to the Reds.

Meanwhile, Liverpool have once again broken a transfer record, twice in a year, making Alisson Becker the costliest goalkeeper ever, beating Juve’s record when they signed Gigi Buffon. Those are some big shoes to fill, and if last season and the World Cup is anything to go by, Alisson will be an instant return on investment. With an out of form Karius and a below par Simon Mignolet being the only other options, Klopp has ensured that one of the most problematic position from last season has been turned into a strength.

The arrival of Naby Keita alongside Fabinho has totally overhauled the Liverpool midfield, providing an instant upgrade on Henderson, Milner and Wijnaldum. With Emre Can moving to Juventus, Naby Keita would fit in perfectly as a like-for-like replacement. The addition of Xherdan Shaqiri makes for a quality backup on the wings for Liverpool, with an injury prone Lallana and even Danny Ings forced to deputise on the wings before. The squad taking shape this season looks fantastic, and it looks like Klopp finally has all the players he wanted, from Van Dijk to Alisson. Liverpool look like a force to be reckoned with, and on paper, must go deep in the Champions League and be right up there in the Premier League, challenging the likes of Manchester City and Chelsea for the title.

Liverpool won all their transfer battles, signing top quality players in every position of concern. With Daniel Sturridge hitting top form in pre-season, he might as well be the 5th new signing which Liverpool needed to reduce the burden of playing 50+ games off Firmino, while the addition of Xherdan Shaqiri would help Mane and Salah take breathers in rotation. His spectacular overhead kick goal in pre-season is not a bad way to introduce himself to the Liverpool fans either.

With Naby Keita’s signing secured last season, Liverpool went all out to get the goalkeeper they so desperately wanted. Alisson Becker obliged to Mo Salah’s text and signed for Liverpool, while Fabinho came as a pleasant surprise to even the ardent of Liverpool supporters, with talks taking place so secretively and advancing so quickly. They certainly are one of the biggest winners of the transfer market in the Premier League and will be looking to make the signings count by delivering the trophy they so desperately are trying to win.

Liverpool will be expected to cruise through their first few fixtures, with only Trent Alexander Arnold and Jordan Henderson doubtful of participating the first game due to their World Cup exertions. Alex Oxlade Chamberlain is a long term casualty who might not play a big part in this season, thus counting himself out of the conversation for at least the first half of the season. With big spending West Ham acquiring Felipe Anderson, Andriy Yarmolenko and Jack Wilshere, the opening fixture might cause Liverpool a few problems.

But with their quality and the relative newness of Pellegrini at West Ham, Liverpool do not look likely to drop points. Games against Crystal Palace, Brighton and Leicester City look fairly straightforward before they face their first big test of the season against Tottenham. With Southampton and Chelsea in the next two games, this mini period would be an early indicator of whether Liverpool will be competing for the title or fighting to be in the top 4. 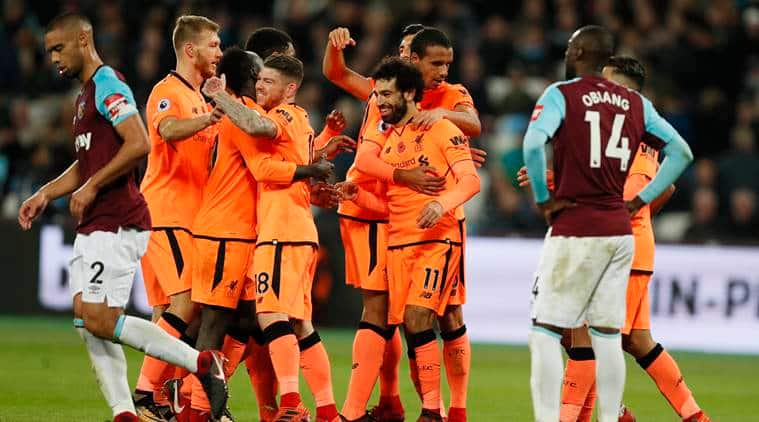 Liverpool, even though they have a big squad, have a fairly settled starting XI. Dejan Lovren’s form in the second half of last season as well as in the World Cup has made him a starter for Liverpool when he comes back from his World Cup exploits. Meanwhile, Alisson was not bought for a world record fee to sit on the bench, and will start every game for Liverpool. Meanwhile, Trent-Alexander Arnold and Nathaniel Clyne will fight it out to become Klopp’s first choice right-back, with Trent just ahead of Clyne at the moment. Andrew Robertson had a terrific debut season last year and will be confident of retaining his position in the starting XI while starting Virgil Van Dijk is a no brainer.

In midfield, Henderson looks likely to sit at the base of it, with Naby Keita and Fabinho in more advanced roles. Fabinho might also sit back in a duet with Henderson in big games. Ahead of them, the trio of Mane, Salah and Firmino picks itself. If Liverpool decide to play in a more attacking 4-2-3-1, then Henderson or Fabinho might drop to the bench, making way for Xherdan Shaqiri on the wings, with Salah/Mane playing the Coutinho role with Firmino upfront. Sturridge can also play as an out-and-out striker with Firmino dove-tailing behind him, if his form and fitness holds up.

Liverpool look likely to compete with Manchester City for the title and this just might be their year as well. With strong signings in the summer and Klopp’s philosophy deeply engrained into the first team, they will start the season as firm favourites to topple Pep Guardiola off the top.