Arsenal finally win under Unai Emery in a mixed performance

Unai Emery can finally say that he has won a game in the Premier League, with Arsenal winning 3-1 against West Ham. Issa Diop was unfortunate to see the ball hit him and go into the back of his own net, with the goal sending Arsenal ahead for the first time under Unai Emery.

Arsenal played a West Ham side packed with former Gunners, with Lukasz Fabianski and Jack Wilshere starting for the Irons while Lucas Perez came off the bench. While Wilshere never really asserted himself into the game, Fabianski had a very busy afternoon, with Arsenal managing  10 shots on target, converting 2 of them.

Early on though, things were looking very grim for Arsenal when Marko Arnautovic scored in the 25th minute to give West Ham the lead at the Emirates stadium. It was a brilliant and quick move, with Arnautovic exchanging passes with Felipe Anderson before tucking the ball away from 20 yards out. The goal bought a sense of horror and hopelessness into the crowd, with even a mini-collapse making the Arsenal faithfuls think of the worst.

Arsenal though, immediately clawed their way back into the game with a brilliant finish by Nacho Monreal to finish of a sweeping move. His fellow fullback, Hector Bellerin, claimed the assist. It was all tightly locked going into the half time. The second half started with both teams taking a more cautious approach to ebb the flow of the game. But the game never took off, with constant stoppages due to injuries and fouls.

After both teams managed to stitch together 5-6 minutes of normal play, Arsenal showed their superiority by going in font, albeit an unfortunate own goal. Lacazette did brilliantly to hold the ball up, turn and cross it into the path of the onrushing Aubameyang. But Issa Diop came in between the ball and Aubameyang, which resulted in a cruel deflection and a deserved lead for Arsenal.

This did not deflate West Ham, who kept on creating more and more chances. If Lucas Perez would have been able to deliver with some quality, the two or three clear cut chances that were created would have resulted in atleast an equalizing goal. But Arsenal ultimately profited from a silly mistake in injury time, with Welbeck getting all the time in the world to control, turn 180 degrees and blast it in from short range.

Petr Cech - 5/10 - There is little he could do about the goal. Had a lot of sketchy moments, mainly due to poor handling. Will be feeling Leno breathing down his neck.

Nacho Monreal - 6/10 - Was at the right place at the right time to score the equalizer. Was tormented all afternoon by Felipe Anderson, struggling to cope with his pace and quick feet.

Sokratis - 6/10 - Had a decent performance, with room for improvement. Needs to get tighter and scare the centre-forwards.

Shkodran Mustafi - 6/10 - Mustafi has surprisingly looked pretty solid under Emery so far, with his willingness to win headers helping secure the defense. Hector Bellerin - 7/10 - Bellerin had an excellent game in attack, but he made a few silly errors in defense, some of which could have proved costly on another day.

Matteo Guendouzi - 6/10 - Worked tirelessly in midfield, doing the defensive mop up and spraying some decent passes. Needs to be more aware of the players around him.

Granit Xhaka - 8/10 - It was wonderful to see Emery stick with the underwire midfielder. While the Arsenal faithfuls have never fully accepted him, Emery has shown the importance of Xhaka and why he makes the team tick on the whole. Wonderful on the ball and decent positioning off of it.

Alex Iwobi - 4/10 - Had a dreadful first half, rarely seeing the ball and giving it away very easily. Was hauled off at half time.

Henrikh Mkhitaryan - 6/10 - Given the freedom of a more central role with Ozil missing out, Mkhitaryan had a really good game and was at the heart of every good Arsenal attack. 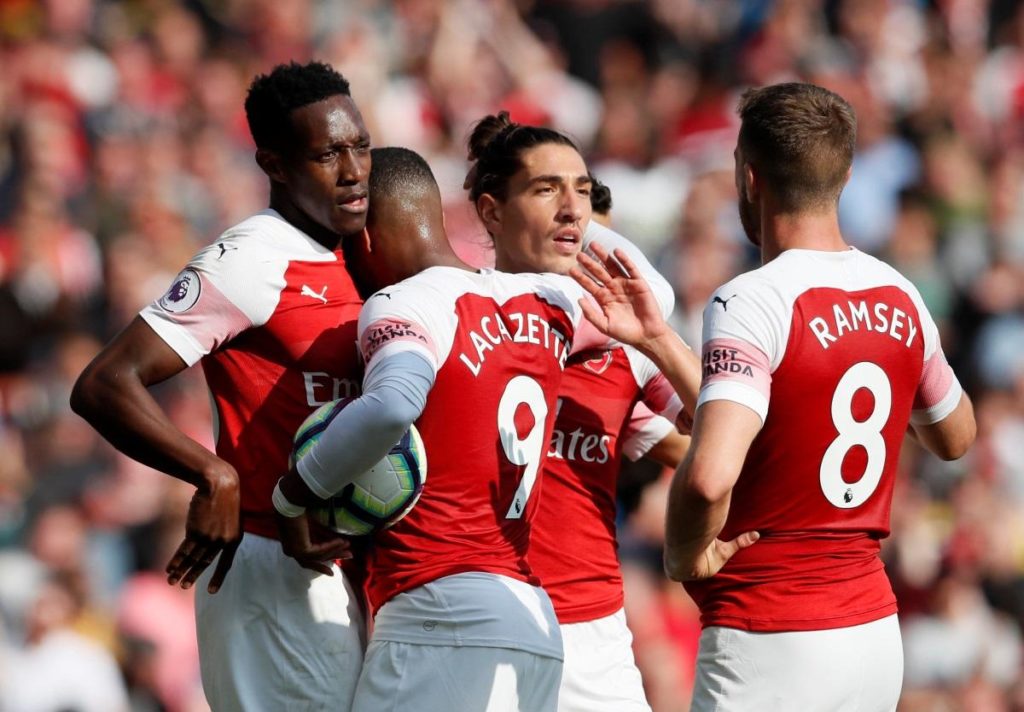 Aaron Ramsey - 7/10 - Ramsey was allegedly dropped against Chelsea after his poor performance against City. Showed why exactly he is the most important Arsenal player. Arsenal need to tie him down with a new contract.

Pierre Emerick Aubameyang - 6/10 - Worked hard to get on the scoresheet, but he never looked like scoring. Aubameyang is a man under intense pressure and needs to start scoring, and start scoring quickly to keep his place in the team.

Man of the match: 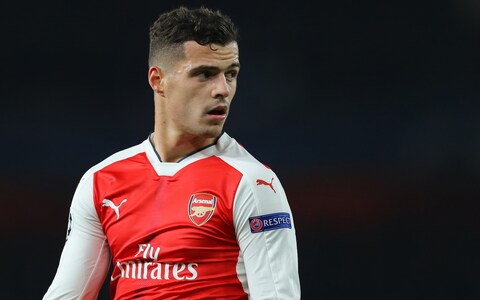 Granit Xhaka had an exceptional game, passing the ball brilliantly and keeping the game ticking along. He created some of the biggest chances for Arsenal and also saw a long range effort just narrowly miss out on the left top corner.