"Over the years we enjoyed some fantastic battles and you could say we had survived together and respected each other's efforts to play good football. I always enjoy watching Arsène's sides - Arsenal play the right way. Playing against them always presented special challenges that I burned many hours over the years thinking about. He has always been a conscientious member of our trade who makes it his business to help other managers. Perhaps the biggest compliment I could give Arsène is that I could never be anything other than competitive with my rival for 17 years."

"I'm not sure they'll ever get another manager like that. It's quite easy to say, 'Yeah, get rid of him', but who are they going to get? Who are you going to get that is going to keep that club the way they are, the way they've been for the last 20 years."

"Arsène made Arsenal what they are today, and the fans understand it perfectly. If he was to leave tomorrow, he would do it with his head up, not by the back door."

"He is the man, he is the manager. He knows everything about football, and has built something with Arsenal for a long, long time."

"There was a debate about Wenger on Sky and how crazy is that? People are actually getting interviewed saying he shouldn't be doing this. What that man's done for English football is amazing and will be remembered in 25, 50, 100 years' time. Will those on telly yesterday be remembered for what they've achieved? None whatsoever." 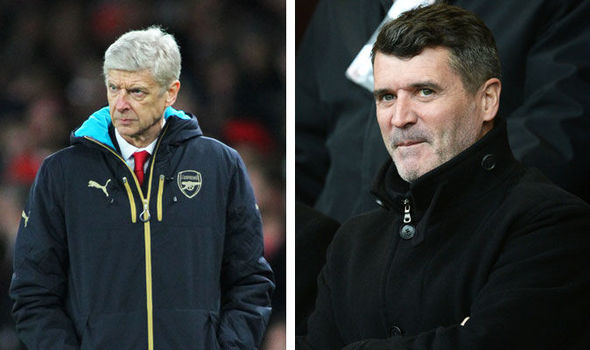 "For me it's a no-brainer, the guy has changed Arsenal Football Club. Was Arsenal successful before? Yes they were, but in a different way. Now Arsenal is recognised for the type of football they play and that's all down to him."