Bengaluru: Erik  Paartalu's header was the decisive strike between the two teams as Bengaluru FC continue to remain on top of the table with a 1-0 win over visitors ATK. ATK's five match unbeaten streak came to an end with this loss.

The Australian scored a brilliant header on 37th minute to give the Blues a lead. Bheke's pass found Lewis who sent in a cross and Paartalu found the back of the net with a fantastic header.

The visitors had a great chance at the 55th minute when Lanzarote's free kick found Balwant Singh in a very good position but the latter's header went off target.

ATK boss Steve Coppel tried to boost the attack by bringing in Komal Thatal and mid-season signing Eli Babalj but were unable to find an equaliser.

Bengaluru FC will now go into winter break with 27 points and pretty top of the table.

"I am very happy for Erik. He is doing a great job. It is nice when you have the drive to get into the box and score. It is his second goal in the league, so very happy with him. It looks like Rino has a hamstring muscle problem. It normally takes one month to recover. So, he is going to be back in January. About Nishu, it is a knee problem. He has to go to the hospital to check exactly what happens. 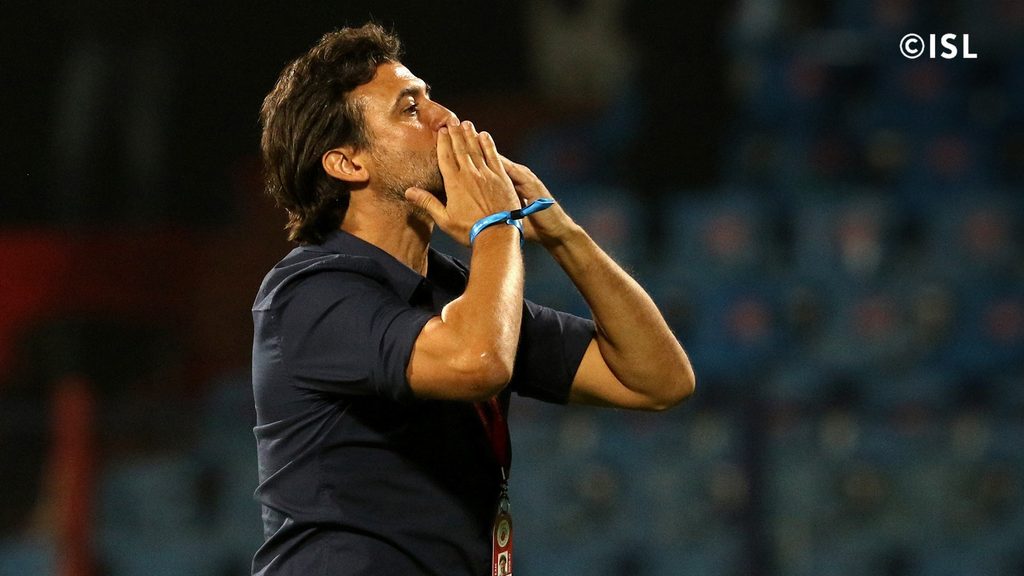 We have been working all the season with four defenders. So, if we have to change two of them, the mechanics are going to change. You have to see that in every game there are a crazy number of offside decisions from the opposition. So, when you put two new players, there can be problems. They had chances and we had chances as well. I think it was a nice game for the supporters. I don’t have the feeling that they the defenders were putting us in a lot of trouble."

"I thought we were the better team. I thought we controlled the possession better. We had some great opportunities, particularly in the second-half. I thought we had three or four big chances.

The defining moment was obviously when they got their noses in front. But overall, I couldn’t really ask more from my players in terms of performance against the best team in the league. For us, to create so many chances (was great) and it was what we were trying to do."