Billy Bonds is a West Ham legend, making a record 799 appearances in all competitions

It is extraordinary to see a player have a football career of 24 years or more nowadays, but during the 70s and 80s, it was normal for a fit player to last over two decades. Bonds grew up near Eltham, playing football for the Sunday boys’ team. He also played for Moatbridge and Kent Schoolboys before joining Charlton Athletic to pursue football as a 15 year old. He left his school to play in the youth team and the A team. He played for the reserves as well, and after proving his mettle as a talented youngster, Bonds linked up with the first team in 1964, the year in which he turned 18. 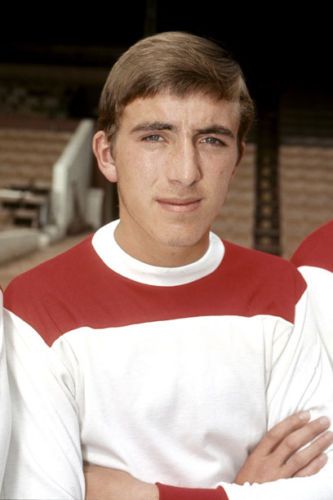 He had to wait patiently to get an opportunity in the first team, but in February of 1965, Bonds finally made the cut. He made his League debut against Northampton Town in the Second Division of English football. He had a strong end to that season, which led to him cementing his place in the first team. He went on to make 95 League appearances and a 100+ appearance in all competition for Charlton before Ron Greenwood came calling for his services. West Ham paid £50,000 to secure the services of the right-back.

He made his official debut for West Ham in a testimonial match for Ken Brown in May of 1967, the same month in which he was signed from Charlton. He started his first league game in the First Division for West Ham against Sheffield Wednesday on the first day of the new season. Bonds was a solid defender, who could run up and down the right flank all day, such was his stamina. Bonds was a terrific crosser of the ball, and he assisted a lot of goals as a right-back. Bonds played 37 league games and 42 matches in total in his debut season, making the right-back position his own and slowly becoming the first name on the teamsheet. The maturity seen in his performances almost made everyone forget that he was just 21 years old.

Bonds went on an impressive run of 124 continuous league appearances for West Ham United between the 1967-68 season and the 1970-71 season, missing out finally due to an injury in October of 1970. It was in the 1970-71 season when Greenwoods masterstroke of shifting the talented right-back into an unfamiliar midfield role changed Billy bonds career forever. The shift in his role had immediate impact on his play as well as the teams play as he was awarded the “Hammer of the Year” award in 1971. 1971 was also the season in which the Hammers reached the League Cup finals, losing to Stoke City in a semifinals replay.

Bonds was an ever present in the West Ham lineup, 40+ appearances consistently. He had his best goalscoring season in the 1973-74 season, scoring 13 goals including a hattrick against Chelsea. His midfield pairing alongside Trevor Brooking was a prefect balancing act, which utilised the defensive attributes of Billy Bonds perfectly. When Bobby Moore decided to leave West Ham, Billy Bonds was handed the captaincy at the age of 28. Bonds had been at the club for over 7 years, with all of those years being his peak years. The captaincy brought silverware along with it as West Ham famously won the 1975 FA Cup, defeating Fulham. The following season, in the European Cup Winners Cup, West Ham performed commendably to reach the finals of the European tournament, once again under the captaincy of Billy Bonds. 1975-76 was also the season which was interrupted by a groin injury, which restricted him to just 18 league and 33 appearances in all competitions. 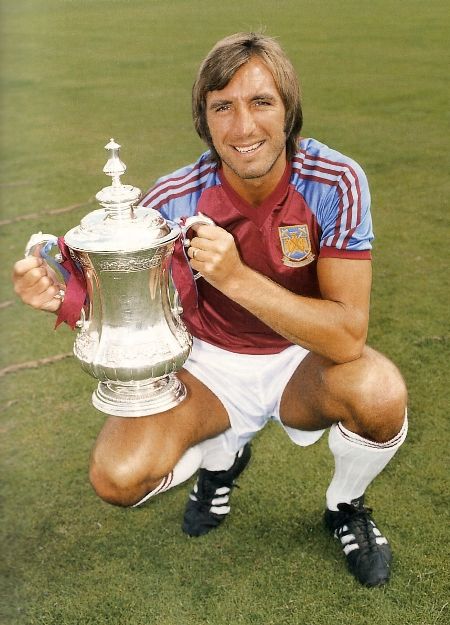 Bonds made a strong comeback from injury in the following season, playing all but one league game. Greenwood decided to move Bonds into his third new position near the end of that season, making him a ball playing defender or a libero alongside Tommy Taylor. The new season brought new problems along with it as West Ham struggles for consistency, ultimately getting relegated to the Second Division of English football. The relegation was hard for West Ham supporters to digest, with their team competing in a European tournaments finals two years ago.

Bonds fought for his team for three long years until West Ham finally hit some luck on the third time of asking. But not everything was going against them elsewhere. During those three years, West Ham defeated the Gunners to lift the FA Cup in their second season in the Second Division. Billy Bonds became the only West Ham captain to lift the trophy twice as a captain. The following year, West ham reached the finals of the League Cup, losing the title in a replay against Liverpool. Billy made a personal best 59 appearances in that campaign, earning promotion to the First Division as well.

But the end of the season turned out to be rather unlucky for Bonds. Bonds collided with Phil Parkes in the last match of the season, thus ruling him out of Englands friendly against Brazil. The match was going to be an International debut for the 34 years old Bonds, but the injury ruled him out and as it turned out, he would never make it to the England squad again.

In 1982-83, Billy Bonds surpassed Bobby Moore’s record for club appearances, permanently printing his name into the West Ham books. Bonds retired in 1984, at the age of 38, making just 30 appearances that season as age and injuries curtailed his involvement. But as fate would have it, it were injuries which forced him out of retirement as Bonds was convinced to become a Hammer again due to a host of injuries in the first team. Bonds showed the club that he still had life left in him, quickly establishing himself as a first team regular, playing as much as his age permitted him to play.

Bonds made 26 appearances in all competitions, scoring 3 goals as well. But he missed the entirety of the next season due to a vicious toe injury. Talks of a second and final retirements were quashed when Bonds made a heartening return to the first team next year. He played 24 games in all competition, providing strong competition to the already established first choice defenders and playing the cup games. In the 1977-78 season, Bonds started growing into the first team, making 22 league appearances and 24 appearances in total, before a knee injury ruled him out of the last two games of the season. In his last season Bonds was awarded the Hammer of the Year award in his last season, winning it the fourth time in a 21 year association.

Billy Bonds was a strong character off the pitch, one who would give his all and never shy away from a tough challenge. He played in a variety of defensive positions, from full back to midfield, even going on to score 13 goals during his best season in front of goal. His versatility and adaptiveness made him managers delight and a firm fan favourite. Bonds was appointed Member of the Order of British Empire in January of 1988, along with winning the PFA Merit Award in April 1988 by his fellow professional player. Bonds immediately transitioned into the coaching setup of West Ham after retiring, as he went on to coach the first team in 1990 for 4 years. In May 2013, Bonds was presented with the West Hams first ever Lifetime Achievement Award. 799 club appearances, 61 goals and 4 different positions of play throughout his West Ham career. A thorough professional and a true gentleman of the game and club.