The Football Players Association of India, or FPAI, awards list have been released just a few hours ago, with Sunil Chhetri deservedly bagging the award for the Indian player of the year. He was followed closely by Chennaiyin FC hitman and his partner upfront in the National team, Jeje Lalpekhlua. Balwant Singh completed the list of top three.

21 year old Jerry Mawihmingthanga, who had a breakout season with Jamshedpur FC, was awarded the Young Player of the Year. Jerry had a tremendous season in the ISL, playing 16 times and bagging 4 assists and a goal. He narrowly edged out Udanta Singh, who had an equally wonderful campaign, with 6 assists and a goal from the wings at Bengaluru FC. Jerry Lalrinzuala, the Chennaiyin F leftback finished off the top three.

Meanwhile, NEROCA FCs Subhash Singh, who had a fantastic campaign for the breakout club, was rewarded with the Fans Player of the Year award. Subhash scored 6 goals for NEROCA from the wings, which ultimated resulted in the club finishing just 3 points behind eventual champions Minerva Punjab. Ubaid CK and Rahul Bheke from East Bengal finished off the top three. 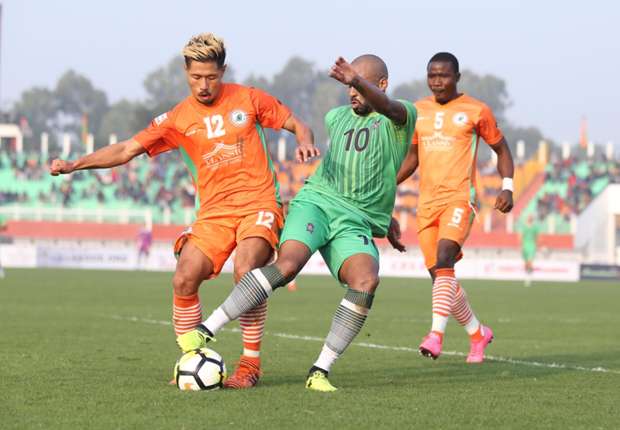 Meanwhile, Miku was controversially awarded the Foreign Player of the Year ahead of Ferran Corominas, who scored 20 goals this season. The fact that Miku's goals fired Bengaluru FC to Hero Indian Super Cup glory would hve edged him ahead of the FC Goa hitman. Minerva Punjab's Nepali Baichung Bhutia, Chencho Gyeltshen finished off the top three.

And finally, Albert Roca, for his impressive run to the finals of the ISL in Bengaluru FCs first season in the ISL, coupled with their Hero Indian Super Cup triumph ensured that he won the big prize of Coach of the Year. He edged out Steve Coppell from Jamshedpur FC and Gift Raikhan from NEROCA FC to win the top honour. 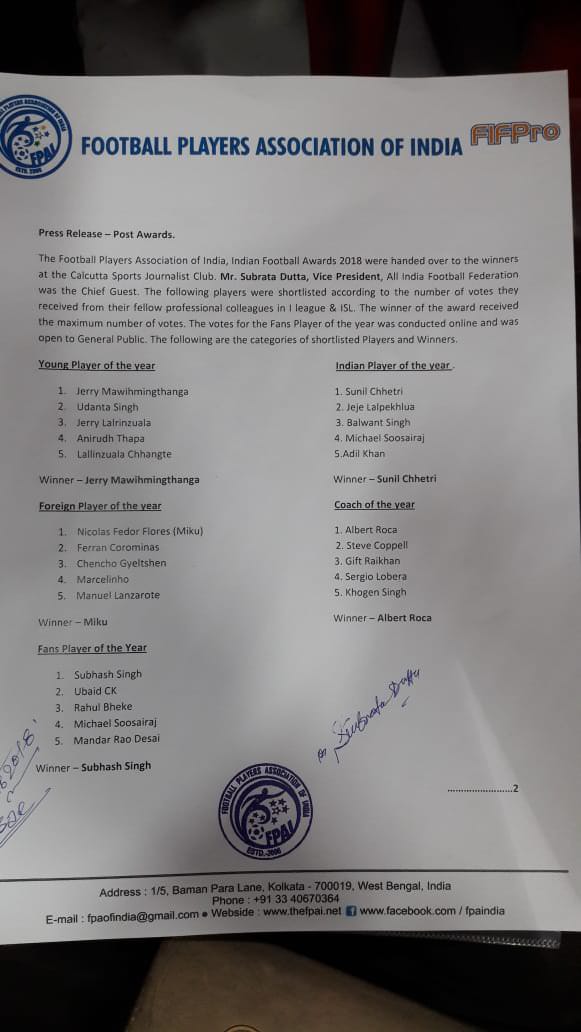 Interestingly, the FPAI awards are voted on by the players themselves as they vote for their teammates, colleagues and opponents. The Fans Player of the Year award was decided by an Online vote which was open to the General Public.