No Harry Kane. No Dele Alli. Out of both the cup competitions. This was set up to be another frustrating night for Tottenham. They have seen this all too often. The promise and brilliant displays marred by inconsistency and unforeseen issues. But there’s something Pochettino has instilled into this team that cannot be quantified.

Spurs are more resilient, they are delivering more often. Christian Eriksen and Son Heung-min are stepping up big time to singlehandedly win matches for Spurs in the absence of their star striker. And it was the duo who were helped by an out-of-position, yet on fire, Jan Vertonghen.

When the lineups were announced, it was baffling to see Spurs starting four centre-backs while Dortmund started three holding midfielders. Both the teams were taking a cautious approach. The first half was a cagey affair, with Vertonghen and Alderweirald not working on the same page. This led to Sancho consistently running behind Vertonghen on Spurs’ left side. For all the marauding runs on Dortmund’s right, the end product was missing, with sometimes the first touch and sometimes the final ball letting the youngster down. 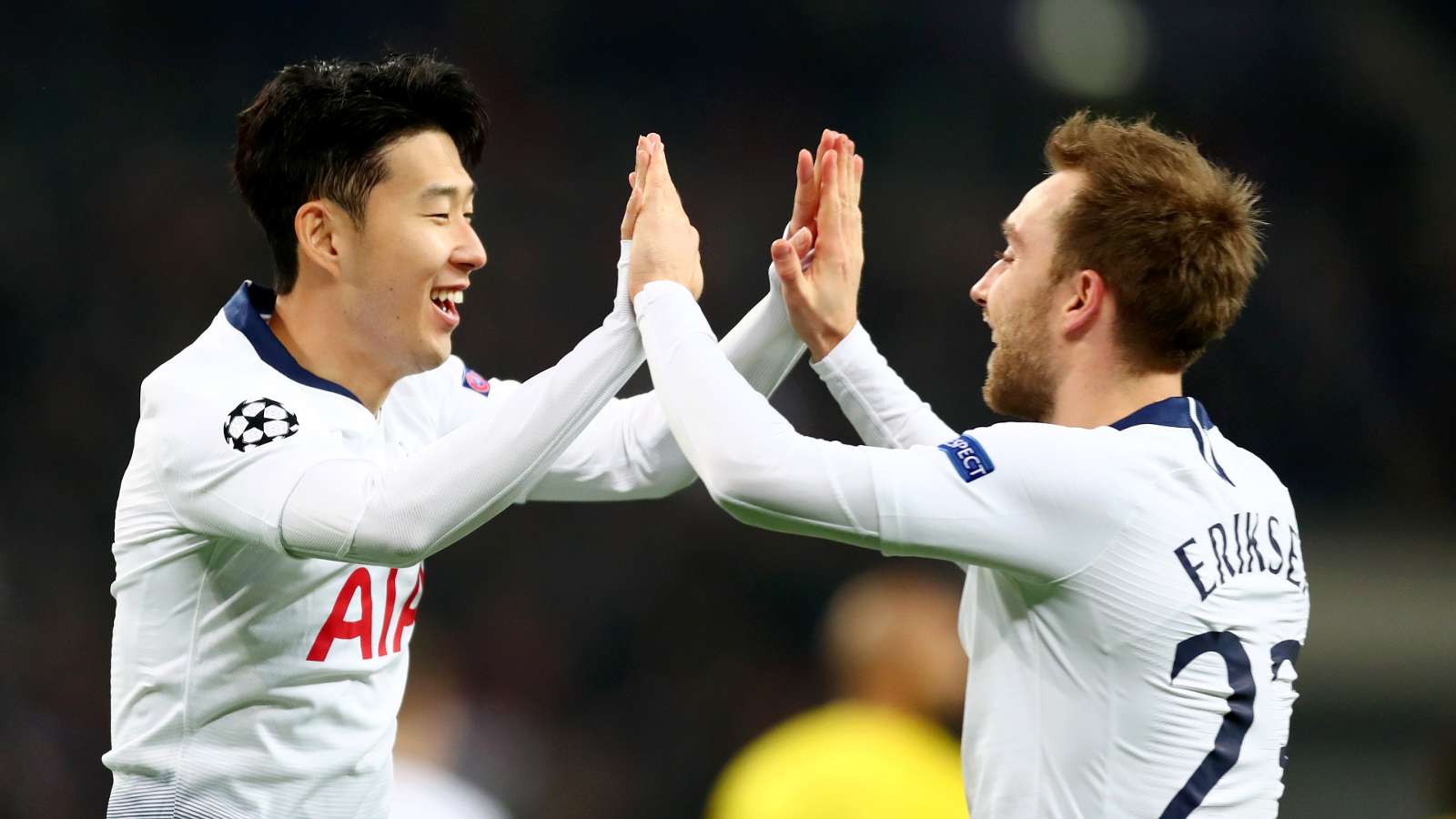 In the second half, Pochettino urged Vertonghen to push forward, sorted out the communication issues between the three centre-backs and instantly reaped the rewards with a Sonny goal. Dortmund tried to come back into the game, but Spurs flexed their defensive muscles and closed spaces out for Dortmund players to run into. The goals followed late on for Spurs, who now take a comfortable and mostly unassailable 3-0 lead to the Westfalenstadion in March.

In the other match of the day, Real Madrid travelled to Amsterdam to take the young and exciting Ajax. It was a game marred with VAR controversy, with a Nico Tagliafico goal being disallowed in retrospect. It looked like an extremely close decision, and given the final scoreline, it will be something that would irritate the Amsterdam-mers very much.

In the second half, Karim Benzema continued his brilliant goal-scoring form and opened the scoring for Madrid with a wonderful finish. It was a hammer-blow for the hosts who were dominating the game and possession stats before the goal. The goal spurred Ajax onto another level and they kept knocking on the door for the equalizer.

In the end, Ajax won the ball in the middle of the park, recycled it quickly to David Neres whose low cross was pounced upon by the on-rushing Hakim Ziyech. The goal was thoroughly deserved and the feeling in the stadium was that it would lead to the winner. Well, it did. But for the visitors. And it was none other than fit again Marco Asensio. The Spanish superstar came of the bench and tapped in an absolute peach of a low cross from Dani Carvajal to help Madrid take the lead back home. 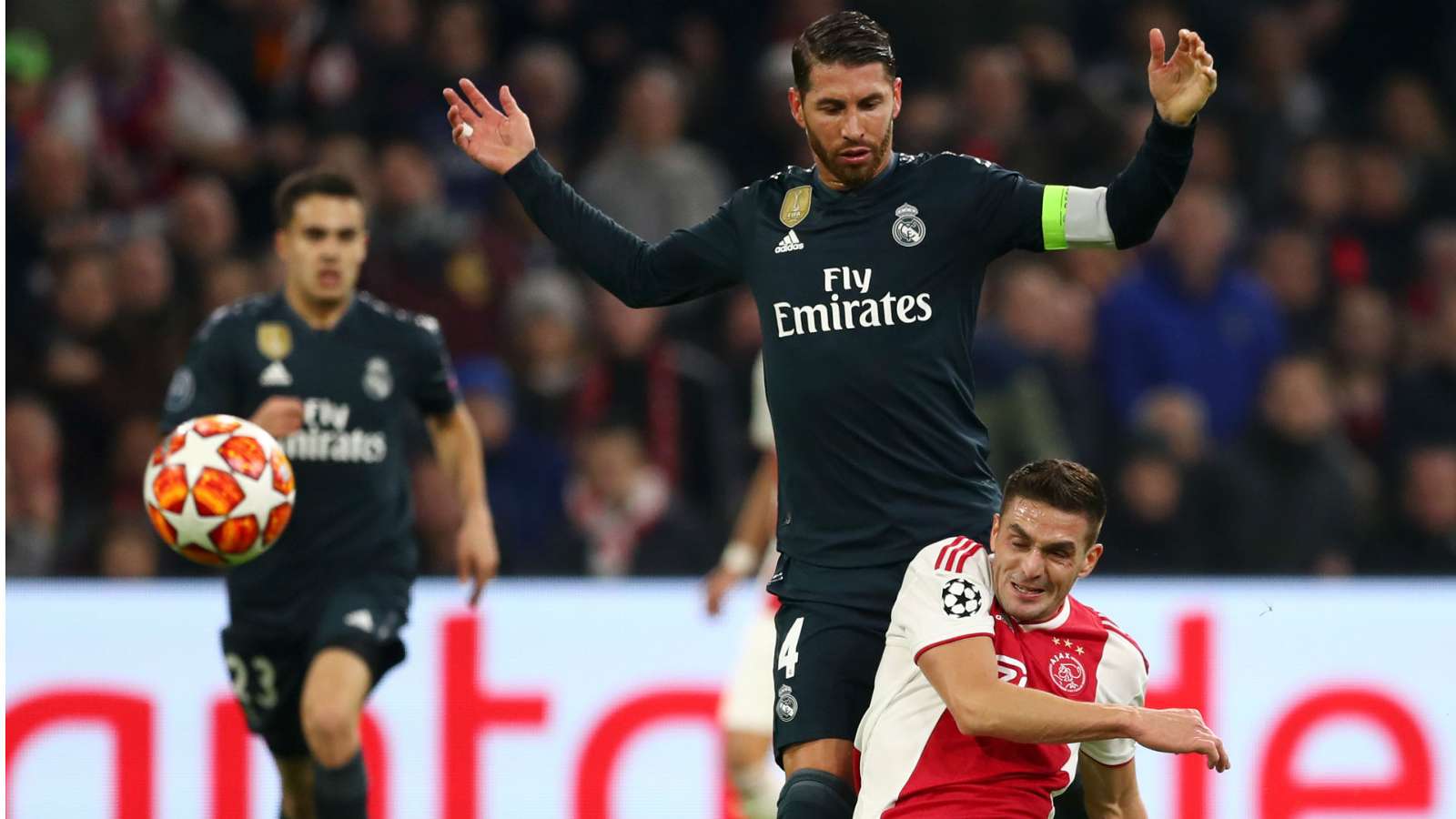 The game was marred with another controversy with Sergio Ramos coming out and saying that he intentionally picked up a yellow card to make sure he was suspended in a home game against AFC Ajax and not in the next round. He then came back out to claim that he did not do it intentionally, but by that time, the rabbit was out of the hat. It will be interesting to see if retrospective action will be taken against the player who joined the 600 appearance club in Amsterdam.