Irwin is an English Football Hall of Famer and a member of Overall team of the Century 1902 - 2002.

Denis Irwin, born in Cork, Ireland, played as a fullback for twelve successful years at Manchester United. Irwin was a gifted full back who was known for his solid defending and penalty taking abilities. He has scored 43 club goals, not bad for a full back. Most of them have come via penalties though.

Irwin began his career at Leeds United in the Second Division. He got his big break in the 1983-84 season, earning 19 caps and cementing his place. He was consistently a part of the first team in the next season but dwindling form and heavy competition for places made him a second choice in his third season. It was time to move on, and Oldham Athletic came calling.

His first International match was with the minnows Morocco, as Republic of Ireland defeated them 1-0 in a friendlies in Dalymount Park as a left back. He impressed everyone and never looked back since then. After moving to United, Irwin won every trophy for United in a 12 years stint. Denis Irwin was a constant in the United side, which is quite a feat, given how strong the lineup was. They had a strong backup for every position, yet somehow, Irwin could never be replaced.

Sir Alex Ferguson said that even though there have been so many world class players who have worked with him, Denis Irwin will always be a part of his all time XI. Irwin was exactly the player he was praised and hyped to be, Solid in defense, adventurous when needed and a rock at the back. Irwin was so good that he kept Gary Neville out of the first team for a good 10 years. Neville has always pointed this out to disagree with his average statistics for Manchester United.

In 1991, just a year after his switch from Oldham, Irwin would go on to score a brace against his former club in a 6-3 drubbing. These were just 2 of his 33 goals for United, with a few of them being penalties. A year later, he won his first of the seven Premier League trophy with Manchester United, including three back to back trophies from 1999 to 2001. He also won the FA Cup thrice, the League Cup once as well as 5 Community Shield.

In the 1993-94 season, Dennis irwin played in 62 games, as he won the Premier league, FA Cup as well as the Charity Shield. For a 29 year old to play in 62 matches in a season is insane. It just highlighted the fitness and stamina of one of the greatest player to wear the Republic of Ireland jersey. It was unfortunate that Irwin couldn’t participate in any of the International tournaments as Republic of Ireland was not a force to reckon with on the International football scenario.

In the 1998-99 Champions League season, Irwin started 12 Champions League games, scoring twice as he won the tournament for the first and his only time. It was a big trophy to win, one that had proved to be so elusive till then. Winning that trophy meant Irwin had won every meaningful trophy that Manchester United had competed for. He added the Intercontinental Cup to the above collection as well. The fact that he played less than 40 games in a season only twice in his first 10 years with United proved his consistency.

During one pulsating encounter in the latter half of his United career, Irwin misplaced a back-pass which was pounced upon by Dennis Bergkamp. He converted the opportunity into a goal and when the press asked Fergie if he was disappointed in his player because of the poor back-pass, this is what Sir Alex Ferguson said:

On August 16, 2000, Manchester United organised a testimonial match to laud the contribution by him to the team. Since the match was against Manchester City, the testimonial soon turned into a physical and personal encounter, with George Weah injuring Irwin. That injury restricted him to just 21 starts in the Premier League as this was the first time in his United career that he had played less than 30 matches in a season, playing 29. 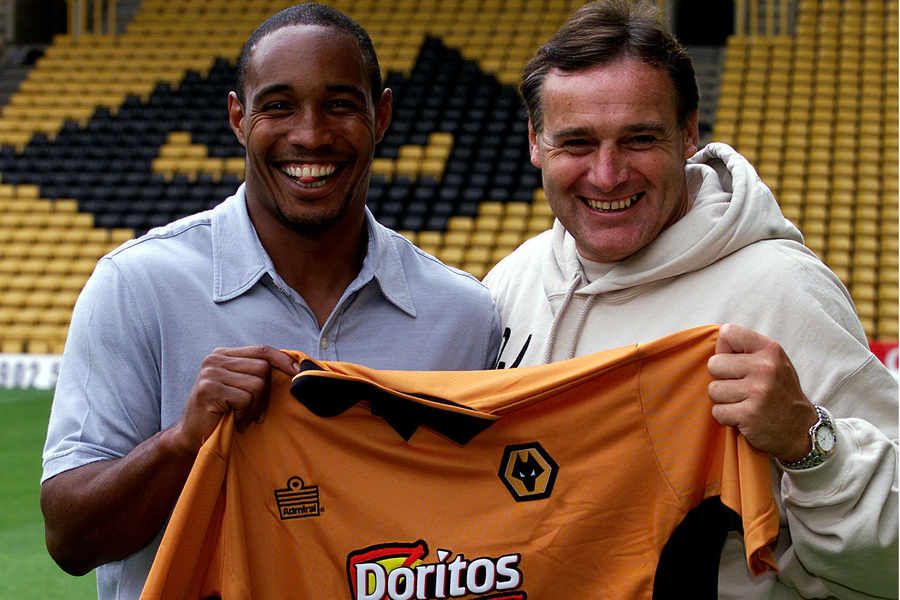 Irwin signed for the Wolves along with Paul Ince.

Dennis, after moving to the Wolves, did not show any signs of slowing down. At 37, Irwin made 52 appearances for Wolverhampton as they gained promotion to the top flight of English football. Irwin had defied his critics who had written him off after the free transfer, as he was back in the Premier League.

But it turned out to be a bitter-sweet return as Wanderers were relegated in just their first season in the top flight. Irwin, now 38 and fast approaching 39, decided to hang up his boots and end a glittering career. He had been in the game for over 21 years professionally and had given his all, playing a whopping 900 professional matches at the club level and a further 56 as a Republic of Ireland International till 1999. Dennis Irwin was one of the greatest left back to ever play for Manchester United and will forever be embedded in the mind and heart of the Manchester United supporters as a legend.