Ask a football lover what passion and determination is like, how intuitive it feels on the ultimate winning goal and how is it like to lose a battle upon a single shot. Chips and soft drinks, life becomes dynamic while you watch legends opposing each other vigilantly and much better when you play it yourself, you know how much intrigued you are. Remember those rainy mornings and muddy grounds with splash of mud when you kick a goal, those group hugs and the and a pat on the back who changed your game, the felicitous moment when you know you have won, not to forget the huddle before the battle starts.

You know that guy trying to hit a goal while you are keeping is not your enemy, but you know you have to defend like it's your final day­, you were so excited about buying the new jersey with your favorite number and the studs you wanted which looked exactly look like the one you saw your favorite player wear, well it doesn't fancy you anymore, what matters is the goal you want to hit right in. Football inspires you and so does the players, your favorite star has kicked in and you are excited more than ever, the way he plays gives you chills, you want to become like him, but do you know what he was before or what has he been through, perhaps that might inspire you more because his position is his reward. I would like you to know more about a legend, most inspiring and an auspicious player Diego Maradona, not many people of this generation are aware about this protagonist of the football story in 1900s. Diego Armando Maradona was born on 30 October 1960 in Lanus, Buenos Aries, Argentina.

Born in a poor family Diego was indeed raised in the outskirts of Bueno Aries, he was so motivated by football, Diego became a professional player at the age of 8. According to Francisco Cornejo he was simply speechless by this 8year old boy playing football like an adult and thus discovered and introduced Maradona to professional and competitive levels of football. Diego made his debut at the age of 15 and played for Argentinos juniors and hence was considered to be the most eligible, young and active face of football back then.

Maradona celebrated his first goal in the Premeria Division against Marplatense team Sal Lorenzo just after two weeks of his birthday where he turned 16. Spending 5 years at Argentino juniors, scoring 115 goals, was transferred to Boca juniors. Maradona expressed his love for Boca juniors and addressed it to be the favorite team and that he always wanted to play for Boca juniors. This Spanish footballer managed his successful seasons in Boca juniors and was also backed by the league title.

He was then transferred to Barcelona under the coach-ship of César Luis Menotti and won the Copa del Rey (Spain's annual national cup competition), beating Real Madrid, and the Spanish Super Cup, beating Athletic Bilbao. Maradona counted his fans in lakhs by the time and was offered couple other teams as well. EL classico is considered to be the most memorable match of Maradonas life as he was applauded by archrival Real Madrid fans, the manner of his goal led the whole stadium to stand up and applaud for the legend.

But, Barcelona's most successful years came with misfortunes, it seemed like Maradona had to pay for his rewards, because of some severe injuries and controversies on-ground. Hepatitis and broken ankle in La Liga game at the Camp Nou in September hit him and therapy took almost 4-6 months to recover. It seemed like that was just not it, Maradona in 1984 at Copa del Rey final against Athletic Bilbao got into an ugly fight which led to expletives and ended up being the last match of Maradona in Barcelona shirt, more than 100,000 fans gathered and half of the nation witnessed the most disappointing occurrence, more than 60 people were injured making Maradona as the center of the action. 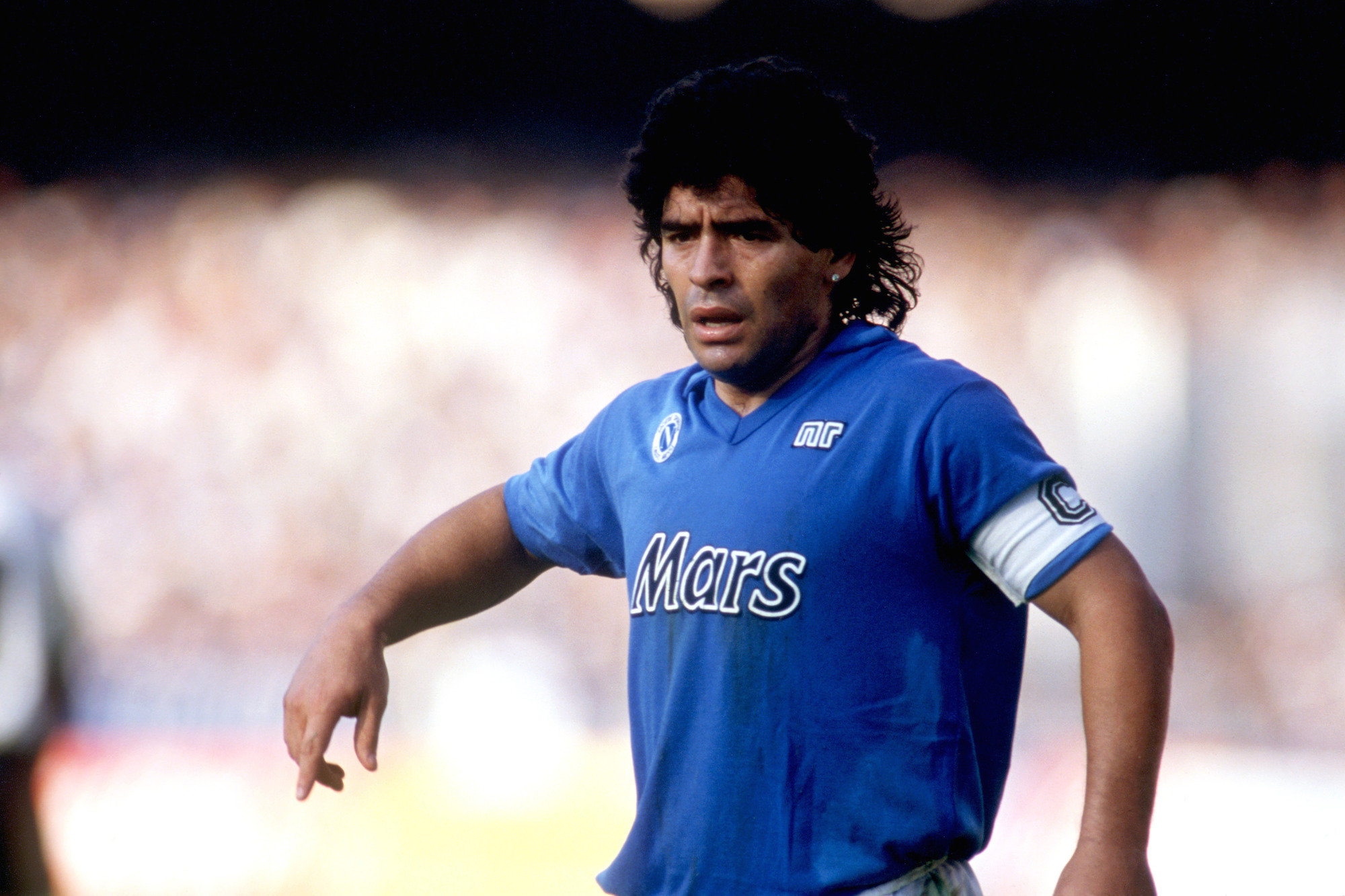 Maradona was the king in Naples

Maradona after taking a long break arrived as a savior in Naples, he was warmly welcomed and Naples also helped him backing the Italian Peninsuala league title. Maradona was reaching peaks of his career and was felicitated as the captain's armband from Napoli veteran defender Giuseppe Bruscolo. Maradona was now nationally and internationally famous in the world of football, with the increase of bars in his professional life his personal problems started to increase, he faced immense controversies due to his regular use of cocaine, the addiction had actually started to decay his professional life. Missing practices, lack of concentration and a victim of depression owed him a big time. This Spanish player after his big achievements of his career at Napoli, was officially retired.

Maradona became coach of Argentina in November 2008. He was in charge of the team at the 2010 World Cup. Yet after complications as such he remains to be the first player in football history to set the world record transfer fee twice. He was a simple man with some extraordinary football skills who proved to be a legend and set the history, he also was given the nickname "El Pibe de Oro" ("The Golden Boy"), a name that stuck with him throughout his career. People who inspire have seen the most struggles in life, but about Maradona, now you know why is he legend.