Kolkata: The fixtures for the 129th edition of the Durand Cup have been officially released. The tournament is set to be contested by 6 Indian Super League (ISL) teams alongside 6 I-league and 4 Army teams.

A minimum of 22 and maximum of 27 players can be registered for the tournament. The tournament, which is the oldest in Asia and the third oldest in the world was last won by NEROCA when they defeated Army Green in the final.

The groupings of the teams are as follows: 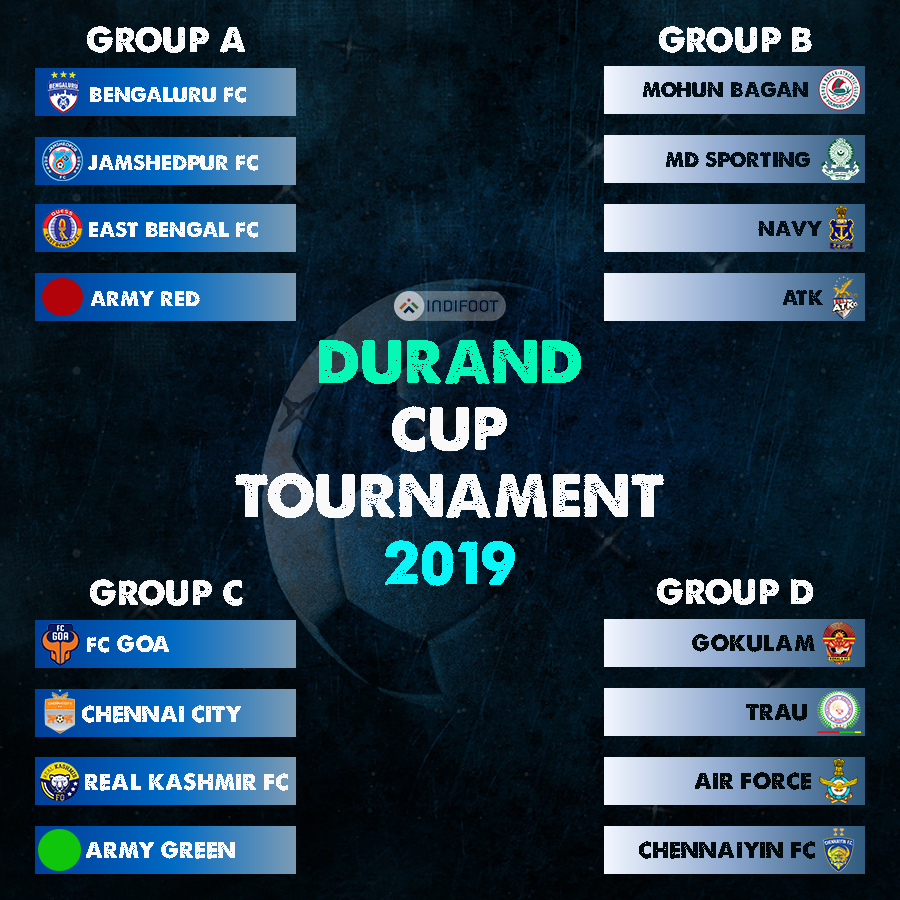 Mohun Bagan and Mohammedan will play the opener in Kolkata's Salt Lake Stadium and the final will also be played at the same venue. The fixtures of the tournament are as follows: