EXCLUSIVE: Ranjit Bajaj opens up on the Real Kashmir controversy

Ranjit Bajaj, the owner of defending I-League champions and reigning youth league champions Minerva Punjab, had a chat with indifoot to talk about the recent controversy of not turning up for their I-league fixture against Real Kashmir in Srinagar. He talked about the rationale surrounding the decision, shedding some light on state powers like the Spanish embassy showing genuine concern about the fixture.

He also talked about the team's preparation for the AFC Cup and gave us key details about the tie-up with Borussia Monchengladbach. He also re-stated his stance against bidding to participate in the Indian Super League. The conversation ended with talk about the Pulwama attack and what Minerva Punjab has been doing on a structural level to show their support. Here are the excerpts from the conversation:

Is not playing in Srinagar a decision of the club or are the players against playing there?

The decision is of the club for the security of the players. One of our most important players Juan Quero who comes from Spain, came to us and addressed about the concern as advised to him by the Spanish embassy to not to go to J&K as there is a war like situation going on there.

It becomes our duty to get the security and see the well being of our players. We just needed security assurances from the official authorities who are providing security either Govt of India, or state govt or J&K Police.

We were the only club from I-league who participated in J&K Cup and the first I-League club to go there and play at Srinagar. We stayed there for 14 days, the final was called off as there was curfew as there was a security situation due to militant activity in the area.

What I am writing on twitter are my own views, what comes from the club handle are the views of the club. 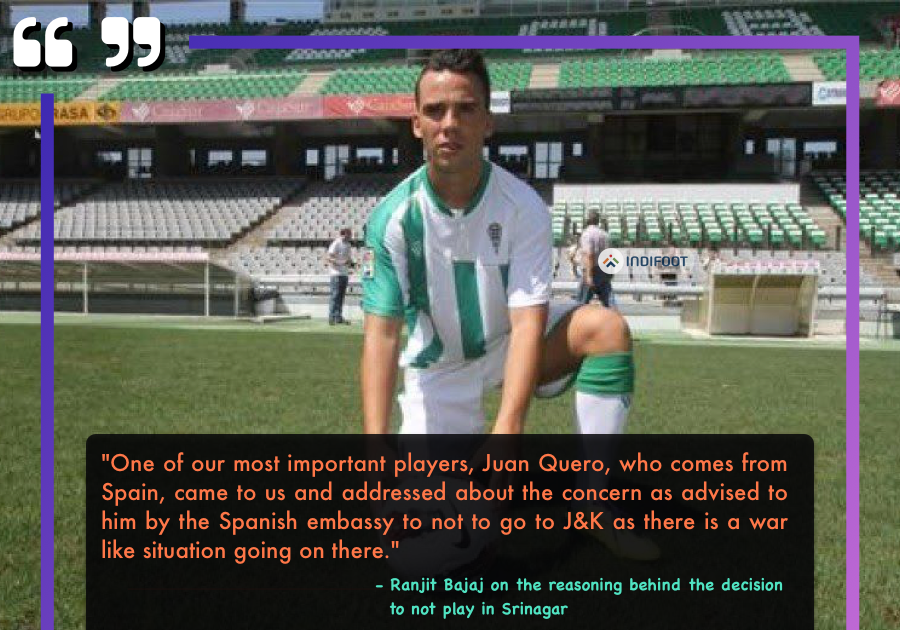 What will the club do in case the AIFF does not change the match venue and/or awards three points to RKFC?

We have already reached out to court to resolve the issue. We have the hearing on 25thFebruary @Delhi High Court. As it was not safe for us to and play there one hour away from where the attack on our defence force convoy took place due to security reasons.

What do you think is the best solution to the restructuring problem of the Indian league?

There should be just one league. The format should only be of promotion and relegation. If we are good enough, we would play in the league, if not, we would be relegated.

The top clubs should remain in the one league with promotion and relegation basis. To add, it should be governed and owned by AIFF, and not private body. Private entity should be limited to only commercial and marketing activities.

How is the team looking forward to the AFC Cup challenge?

We are very much prepared for the AFC Cup, we are ready for the challenge. We have reinforced ourselves, Kalif AlHassan is joining us who is Ghanaian player who plays at USA. Juan Quero and Mahmoud Amnah are in good shape too, and, we are also going to have two young players joining us who are ready to play in the AFC Cup.

What can the club expect from the Monchengladbach tieup?

With Monchengladbach, we are taking baby steps. We are in the process of knowing and understanding each other.

We would be having the technical and knowledge sharing process in the summer at our facility and travel throughout the country to analyse ways to unlock the potential. 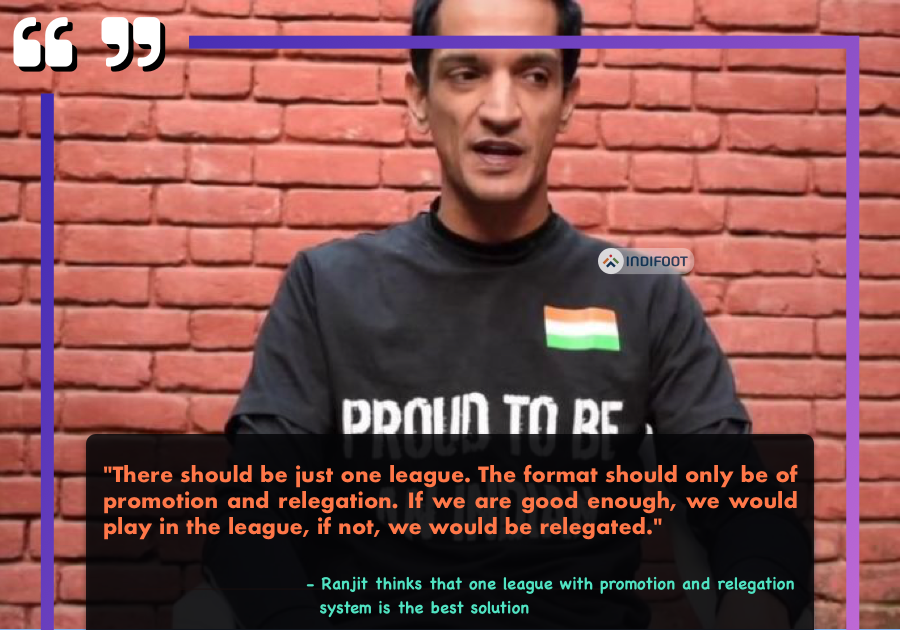 Any plans to bid for an Indian Super League spot?

The answer would a big NO. With the following reasons.

As, we would be playing only in the league which is the top league of the country and has a relegation and promotion system.

We won’t be paying a franchisee fee to be the part of a league. We would play in a league which is owned and operated by AIFF and not by private entity.

The club has always shown support to the Indian Army. In the wake of the Pulwama attack, how is the club helping the families of the martyrs?

At Minerva School, we offer courses for CAPF, NDA, and, SSB.

The cost of the course varies from 30,000 to 60,000 INR which are sponsored by us for them. In every program we have 2-3 kids from the defence background sponsored by us.

Ranjit Bajaj clearly did not hold back and gave a very open and honest interview. Write to us if you have any questions that you want to ask to the Minerva Punjab owner and follow us on Instagram, twitter and facebook for snippets from the interview and more such interviews and news.

You can also download the indifoot app and stay ahead of the rest with latest Indian football news as well as from across the world. Get exclusive articles, show us your footballing knowledge playing the football quiz and get much more exclusively on the indifoot app.