Fall-out from the Europa League draw

AC Milan, Arsenal, Atletico Madrid, Borussia Dortmund and Olympique Lyon are just some of the big names vying for Europa league success this season. With RB Leipzig knocking SSC Napoli out in the Round of 32 and Villarreal going down to Lyon, some of the teams mentioned above must be heaving a big sigh of relief, given the form Napoli have shown in Serie A this season. Here’s a full review of the draw for the Round of 16: 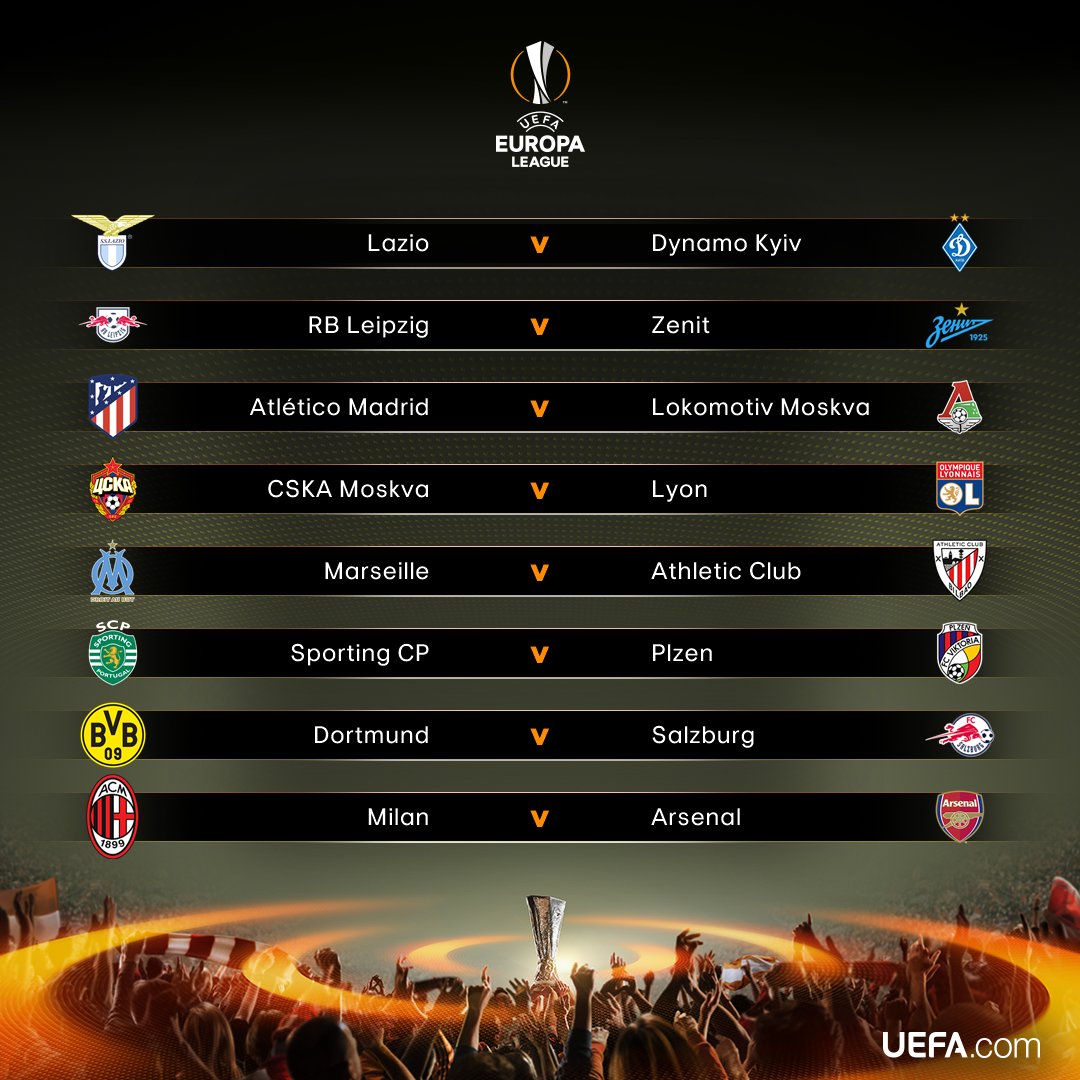 The last game at the bottom of the picture instantly stands out. A team who has been burning more than 1 coach a year against a team who recently lost to a team who was playing in the third division of Swedish league a few years ago. Of course we are talking about the Reds of Milan and the Reds from London.

Gennaro Gattuso had a tough start to his Milan tenure after taking over from Vincenzo Montella. He picked up just 5 points from his first 5 games, losing 2 and drawing 2. But he turned the tide around brilliantly, picking up 16 from the next 6 in Serie A, going on a 11 game unbeaten run. Patrick Cutrone, the latest player to come through the Milan academy, has been leading the line brilliantly, with Leonardo Bonucci and Lucas Biglia finding their feet at Milan under him.

Milan dispatched Ludogorets effortlessly, the team which had almost defeated Arsenal last season in the Champions League (Final score: Ludogorets 2-3 Arsenal) in the Round of 32, while Arsenal had to sweat it out in a 4-2 aggregate win over the lowly minnows from Sweden. Arsene Wenger has been playing Danny Welbeck and Alex Iwobi, the most hated players No. 1 and 2 by their fans regularly in the Europa League. This is particularly damning given their form, as the Europa League has become their only realistic way to get back into the Champions League.

Dortmund’s coach Peter Stöger was delighted to draw Salzburg, with a trip back to his homeland sure to bring back memories. Dortmund is looking to have settled with a front four of Michy Batshuayi, Marco Reus, Andre Schürrle and Christian Pulisic/Mario Götze. This devastating front four have been banging in the goals of late, bringing the fearfulness and swagger back to Dortmund, something that had been missing from the past few seasons.

Lazio faces a testing trip to Dynamo Kyiv after played themselves back into form with a 5-1 win in the Round of 32 over Steaua Bucharest. RB Leipzig has to take a trip to Russia to test out the Stadium before the World Cup and play Zenit. Marseille faces a daunting task of going to Bilbao to face the Basque club, but it will not be easy for Athletic as well, with the Vélodrome famed for being one of the most unforgiving of atmospheres for the visitors.

Atletico Madrid and Lyon must be the happiest of the lot with the draw, with the Spanish based outfit earning a visit to Russia and Lokomotiv Moskva, while the French outfit playing CSKA Moskva. Sporting CP will also be confident, after drawing Victoria Plzen. There are some fascinating encounters lined up for March the 8th and 15th, with Arsenal vs Milan being the pick of the bunch.