Bengaluru: NorthEast United FC midfielder Federico Gallego suffered a horrific injury against Bengaluru FC here on Monday. The Uruguayan suffered a horrific collision during the 54th minute of the match when he came sliding into the penalty box to block a shot attempt from Bengaluru FC striker Miku. In this process, the 28-year old injured his right foot.

The injury turned out to be so serious that the physiotherapists of the NorthEast United had to call in the ambulance on to the pitch at once. The player was stretchered off and taken away in the ambulance to the hospital immediately.

The loss of the midfielder probably cost a huge price to the Highlanders, as after his exit from the game, the hosts smashed three goals and broke the dream of NorthEast United to make it to finals.

After the match however, lots of tweets came in for Gallego. Head coach of NorthEast United, Eelco Schattorie expressed his concern for the Uruguayan and prayed for his speedy recovery. He further confirmed that Federico Gallego has suffered multiple fracture in his shin bone.

Take a look at some of the tweets below: 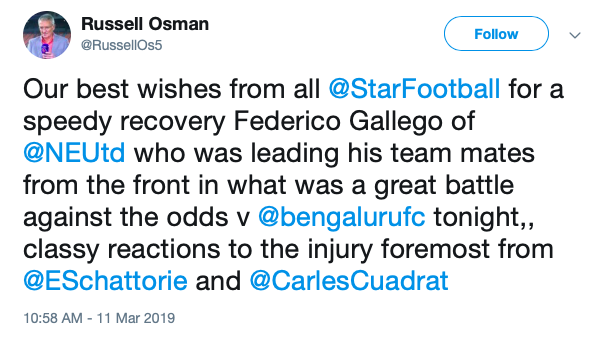 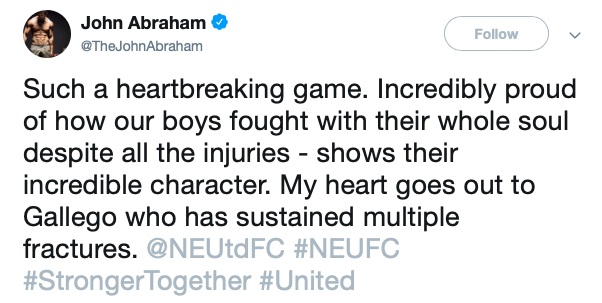 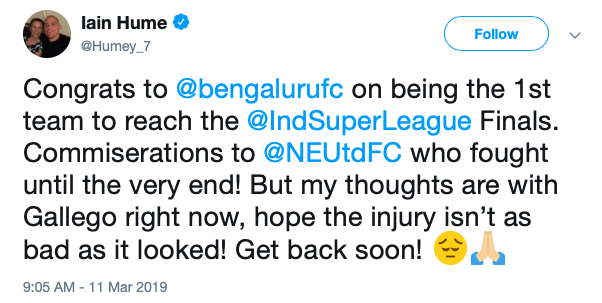