FIFA World Cup Qualifiers: India placed alongside Qatar,Oman among others.

India has been placed alongside Qatar, Oman, Afghanistan and Bangladesh in the group. Moments after the draw, Indian Senior National Team Head Coach Igor Stimac labelled it as “a very tough challenge."

“It will be an enormous challenge for your young team. We have been drawn into a very tough group," Stimac said.

Meanwhile, welcoming all delegates at the draw ceremony, AFC General Secretary, Dato Windsor John said the “focus of World is clearly on Asia.”

“The day marks the beginning of an exciting journey for Asia’s top 40 teams. The top 12 teams qualify automatically for the AFC Asian Cup China 2023, and they will move closer to qualification for the FIFA World Cup Qatar 2022,” he said. “It’s fitting that Asia kicked-off this qualification as we will host World Cup finals for only the second time.” 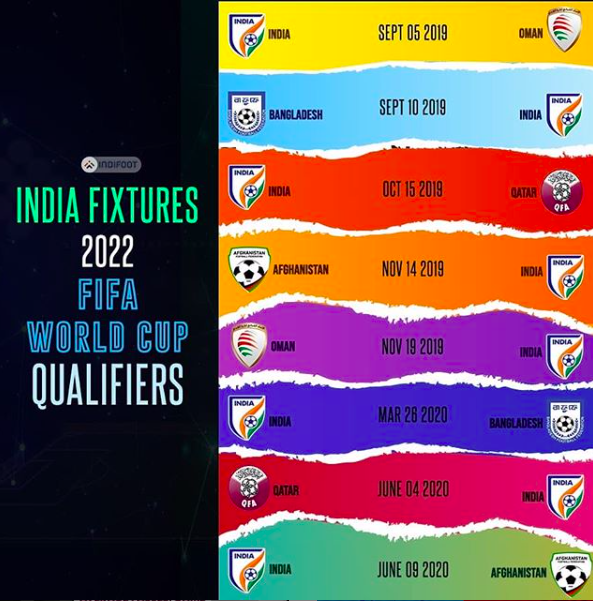 Without singling out any single team, Stimac stated that “we need to respect every opposition.”

“We need to respect everyone – not only just teams from Pot 1, and Pot 2, but even teams from Pot 3, and Pot 4 too,” the Coach explained. “The Hero Intercontinental Cup showed to all how strange a game Football us. The two teams which are playing the final (Tajikistan, and DPR Korea) are the lowest FIFA ranked teams in the tournament. That shows that everyone can beat everyone,” the Coach stated.

“I will teach the team to respect the opposition, but when we step on to the pitch, we will do everything to win. That is the way I am going to prepare my team. We are just at the beginning of our journey. I hope that it will be a long one,” he added.