Football tactics in the modern game

With 11 players to get past, scoring a goal is a tricky task at the best of times. For years, the golden rule for coaches everywhere was ‘pass and move’, and this tenet is still enshrined in possession football. Teams like F.C. Barcelona and Arsenal are known for their one touch possession football or Tiki-Taka. The logic behind this gameplay is to frustrate your opponent by keeping hold of the ball for a long time which would hopefully lead to draw out certain players from their designated positions, making spaces for killer through-balls which are otherwise difficult to thread when players are at their regular positions.

Football is a beautiful game!

One of the best sights to see is a quick counter attack, a goal within the blink of an eye. Many teams like Real Madrid and Borussia Dortmund are often associated with counter attacking football. The idea of counter attacking football is to get the possession away from the opposition when they are further up in our half. Since, most of the players are out of position and in attacking mindset, they might not be able to adjust into a defensive formation quickly. They catch them on a break and score beautiful goals.

Tiki-Taka style is considered as one of the best playing style in football and counter-attack has been evolved into the only way to break the clutch of tiki-taka. This tactic, while extremely risky and reliant on solid defending, can render impressive results and is often utilised by teams who are defending a lead. The only cons of this type of football is that, while initiating the counter-attack full backs sprint forward to join and leave the defense vulnerable. The suitable formation for this type of gameplay is 4-2-3-1.

The term is often associated with Italian football and it can lead to disaster for an unprepared side. The basic strategy for this game plan is that certain individuals are responsible for guarding a particular opponent. The 3-5-2 is usually the formation that is suitable for this type of football. The formation features three centre-backs and out on the wings are a pair of wing-backs, who replace the full-backs of a back 4, pushing up to support the midfield and largely relieved of defensive duties. A three-man central midfield will generally line up in some variant of a triangle, behind a pair of forwards. Man-to-man marking is particularly effective alongside a sweeper who has a free role, enabling him to support anyone having problems with his opponent and reducing the potency of through-balls and balls played over the top of the defense for forward players to run onto. 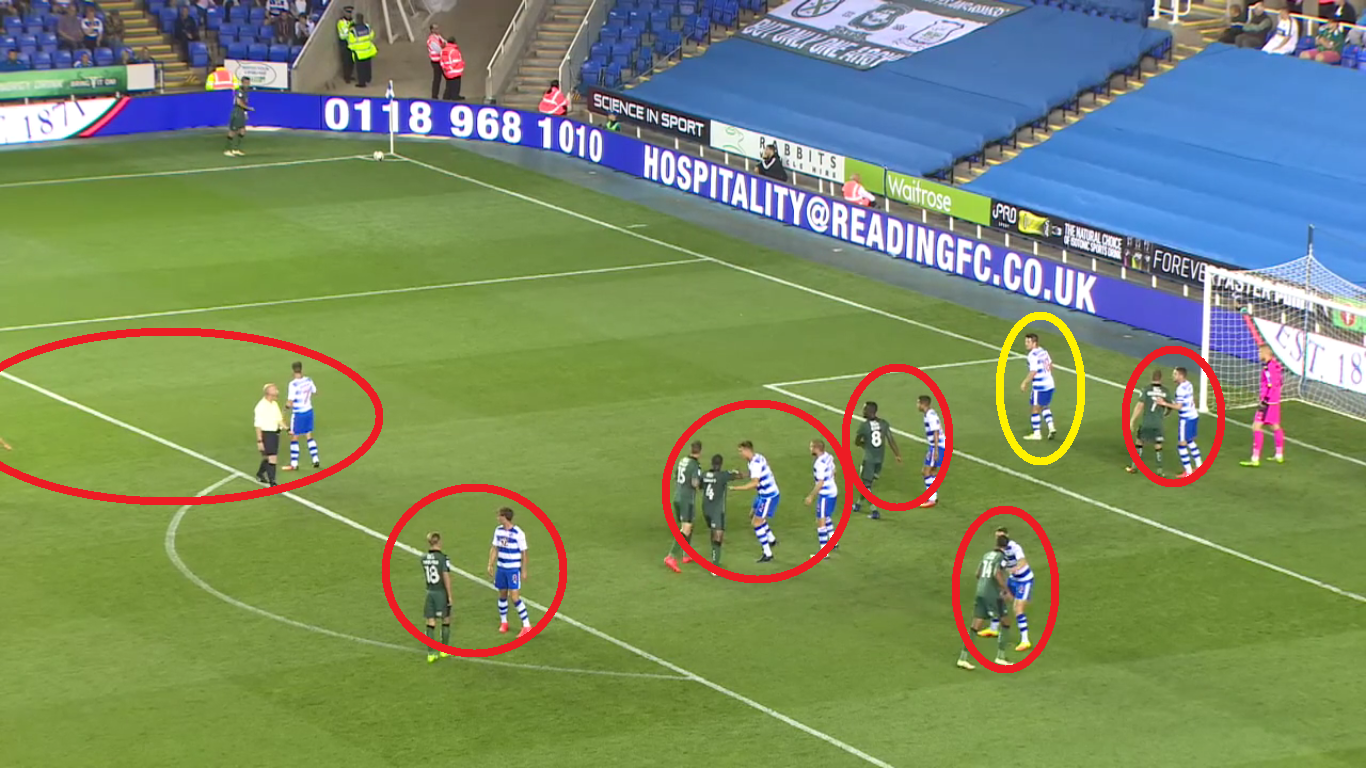 The tricky part of this formation is that the defenders in the 3-5-2 formation consist of three athletes: a left fullback, right fullback and a sweeper (or center fullback). These three defenders must stay tightly together, no more than 10-25 yards apart from each other at all times. They form a slight triangle in shape with the sweeper nearest his own goal. That means, from left fullback to right fullback the distance should be no more than 50 yards. These three fullbacks must work together, sliding back and forth across the field supporting each other and making sure that all attackers are accounted for.