At the start of the season, things were looking increasingly promising for AC Milan. Gonzalo Higuain had walked into the San Siro in the Rossoneri colours. Mattia Caldara, the hottest defender in Serie A behind Milan Skriniar and Giorgio Chiellini was also donning the Rossoneri jersey. With big investments into new players and Maldini and Ivan Gazidis in important management positions, the new Milan owners who were aptly named the Rossoneri Sport Investment Lux were backing Gennaro Gattuso with all their might.

Gattuso was backed by the new owners, who were putting their money where their mouth was, securing the long term future of crucial Milan players like the unsettled Gigi Donnarumma and their club captain Alessio Romagnoli. Their talisman Suso was also going nowhere, committing his immediate future at San Siro.

Gattuso, who had lead a beleaguered Milan, playing with a 19 year old up top to a 6th placed finish. Yet they were comfortably off the pace for the 4th and final Champions League spot. The aim was to reach that 4th spot or higher, thus securing Champions League football. The need to finish in the top 4 was also exacerbated by the Financial Fair Play sword hanging over the club.

Failure to finish in the top 4 would have resulted in Milan likely facing a transfer ban, big fine and it would have surely taken two steps backwards, given their impressive ending to the previous season. Thus, the pressure was on a relatively new and inexperienced Gattuso to bring glory days back to Milan quickly or face the axe.

AC Milan had a tough start to the season, with a visit to SSC Napoli followed by entertaining AS Roma at home. Milan were narrowly beaten by Carlo Ancelotti’s side, but they bounced back to defeat their Champions League rivals AS Roma. Patrick Cutrone was the hero with a 95th minute winner.

Milan were hit and miss for most of the first 3-4 months of the season, with impressive wins over Sassuolo (4-1) followed by defeats against chief rivals Inter (1-0) and Real Betis in the Europa League (2-1). But there was some method in this madness. Gattuso was regularly dispatching teams form the bottom half and teams below them in league standings. It was against fellow Champions League contenders and title rivals Milan were struggling to pick up results.

A sequence of 2 wins in 6 games in Serie A put immense pressure on Gennaro Gattuso. They were struggling to score goals, with Gonzalo Higuain quickly becoming a second choice striker behind the young and inexperienced Patrick Cutrone. Meanwhile, Mattia Caldara was injured for the majority of the season, playing just one game in Europe all season. Their summer signings had been a big disaster and the top 4 spots were slowly fading away from them.

It was late December, and it felt like anything other than victory in every game would lead to Gattuso losing his job. The 1-0 defeat against Fiorentina at San Siro followed by a 0-0 draw at bottom placed Frosinone was really the turning point for Milan. The performance was abysmal, the team looked disjointed four months into the campaign and it seemed like Gattuso was a lost cause.

Like every good movie, this was the turning point for Milan’s season. The announcement of Lucas Paqueta from Flamengo and the imminent arrival of Kryzsztof Piatek from Genoa lifted the mood at San Siro. It felt like the last throw of the dice from AC Milan to rally for a Champions League position. The moves were an inspired decision by the Milan hierarchy. Since the arrivals, Milan have drawn against SSC Napoli in Serie A, knocked them out of Coppa Italia and have been unbeaten in Serie A since the turn of the year. The impressive young Brazilian, Lucas Paqueta, has started every game for Milan in 2019, pushing the team forward with his impressive dribbling and samba skills. Paqueta has been the chief creative force in the team and his arrival has helped improve the game of others around him.

Suddenly Calhanoglu looks like the player Milan saw at Bayer Leverkusen when they signed him. Same Castillejo has been devastating with his direct play, more often from the bench. Piatek has continued from where he left off at Genoa. The Polish striker has hit the ground running at Milan, scoring 7 goals in 8 games for Milan and taking his Serie A tally to 18 for the season.

Piatek and Paqueta have seamlessly slotted into the team, replacing the outgoing and lackluster Gonzalo Higuain and the injured Milan midfielder Giacomo Bonaventura. With Jack out for the season, the creative spark and midfield drive was missing in Milan. The arrival of Paqueta has solved that problem. Piatek with his goals has solved the other problem high up the pitch.

Suddenly, Gennaro Gattuso looks like a man at the top of his game. He now has Conti and Calabria to pick from at right-back while Lucas Biglia, Patrick Cutrone and Riccardo Montolivo are struggling to get back into the team. It is a welcome headache for Gattuso, who at one point in the season had to play Davide Calabria, the forgotten Jose Mauri and Chelsea legend Tiemoue Bakayoko in his midfield three, such were his injury troubles. 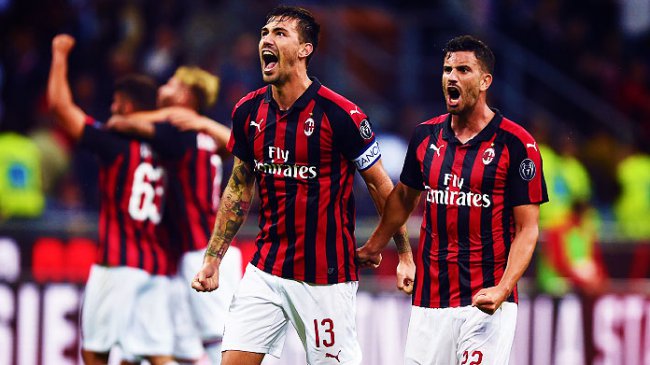 Gattuso has also profited from the Mauro Icardi saga at Inter, with the unsettled Inter team losing against Cagliari and relegation strugglers Bologna. As a result, Milan are now in 3rd position with 48 points, one point ahead of Inter and well on course to beat their previous season’s tally of 64 points.

Gattuso has turned it around at Milan thanks to a winter transfer push and injury recovery boosts and if he helps Milan finish in the 4th spot or even the 3rd spot, then he would have solved most of AC Milan’s financial crisis and brought the Rossoneri back as a major Italian and European force. A finish above Inter Milan, which looked improbable at the start of the season, now looks extremely likely given their fixtures.