Madrid: Atletico Madrid are facing a major overhaul this season. They have already confirmed that Diego Godin and Juanfran will not be signing a contract extension, leaving the club on a free transfer. They have also seen FC Bayern Munich activate the €80 million euros release clause of their world Cup winner Lucas Hernandez, which has completely uprooted their back-line, with only Jose Maria Gimenez surviving.

They then saw Gelson Martins move to AS Monaco. But the big announcement came in another elaborate video by Antoine Griezmann, who announced on social media that one year after signing a 5 year deal, he will be leaving the Wanda Metropolitano to hunt for the Ballon D’Or and UEFA Champions League.

In the next 48 hours, big movements will be confirmed by European powerhouses like Real Madrid, Manchester City and Benfica, with Atletico Madrid right in the centre of all these developments. The transfers are as follows:

The most interesting of the deals is the one involving Benfica and Joao Felix. Felix has been a breakout superstar for Benfica and Portugal this season, with the 19 year old scoring 19 goals in all competitions this season. Felix was lauded for his physicality and ability to keep hold of the ball, which came as something of a shock given his age and lean stature.

Felix is clinical in front of goal, he always shows for the ball and participates in the gameplay as well, making him a complete but raw talent. He will join the long list of prolific strikers, including Falcao, Aguero, Costa and Griezmann to don the jersey of Atletico Madrid.

The signing of a very talented yet unproven Marcos Llorente looks like a brilliant piece of business by Atletico as they strive to replace Rodri. Llorente has been brilliant whenever given an opportunity, but with Casemiro, Kroos and Modric ahead of him, he has seen very little game time at the Santiago Bernabeu, playing just 7 La Liga games last season. 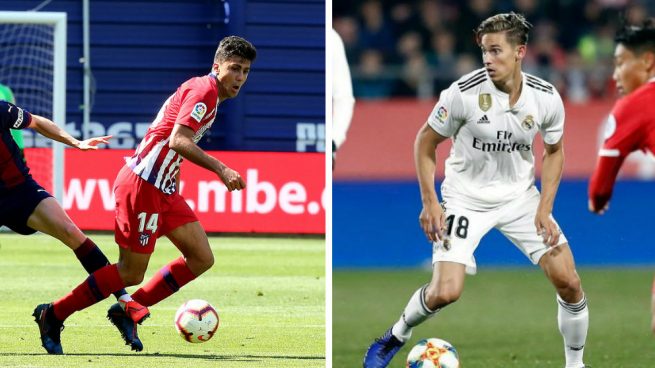 The 24 year old will slot in seamlessly into the Atletico Madrid starting XI, although he will find it difficult to replace the big hole created by the departure of Marcos Llorente. The above piece of business look like an extremely smart and shrewd piece of work done by the Atletico hierarchy, but the move that will grab most of the headlines will be Antoine Griezmann’s confirmation of his next club.

Griezmann was heavily linked with a move to FC Barcelona last season before he confirmed that he had signed a new deal. But after a disappointing season in the La Liga and more importantly UEFA Champions League, he has made up his mind and decided to move away. This makes sense given how little time the 28 year old has to improve his trophy cabinet at the club level.

Griezmann looks likely to replace Luis Suarez in the first team, with Lionel Messi looking likely to play more deeper behind Antoine. Messi could also be moved to the right wing, with Dembele or Coutinho occupying the left flank. This will see the midfield of Sergio Busquets/frenkie de Jong, Ivan Rakitic and Arthur remain untouched.

Another possibility is seeing Luis Suarez still play as a striker with Griezmann and Messi flanking him on both the wings. This will significantly reduce the crossing ability and the width of the pitch, with both Messi and Griezmann preferring to cut inside. Whatever be the formation, the move of Griezmann to FC Barcelona will be an instant blow to all the good work done by Real Madrid in the transfer window.

With Frenkie de Jong joining the Frenchman at the Camp Nou, the La Liga title race will be an exciting two horse race and it will also make it tough to look past the two Spanish giants for the European trophy.