Here's how Pakistanis reacted after loss to India!

On a poor pitch at the Bangbandhu Stadium of Dhaka, India U23 put up an excellent fight to snub a 3-1 win over arch-rivals Pakistan senior side. A brace from Manvir Singh and another goal from birthday-boy Sumeet Passi ensured India achieve a comprehensive victory in the second semi-final clash of the SAFF Championship 2018. Ashique Kuruniyan was one of the standout performers in the contest as he had two assists to his name.

Substitute Lallianzuala Chhangte who set up the second goal for India on the night, too had a great short spell that however was marred by a red card he received late in the game for getting involved in a scuffle. Constantine and his men will take a lot of positives from the match as they are set to face Maldives in the summit clash.

This was India's first meet with Pakistan since they last met in 2013 edition where India only scrapped a narrow 1-0 win in Nepal.

The Pakistani fans had mixed opinions about the game.While some fans criticized the team for their shoddy display, others took to blame PFF for the loss while the rest acknowledged India's superiority and congratulated the team for the fight they put up. 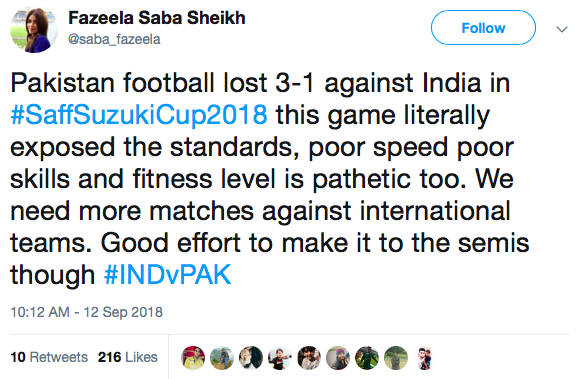 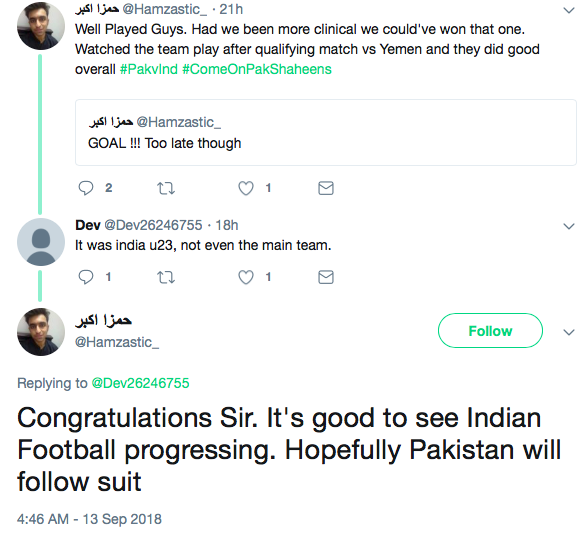 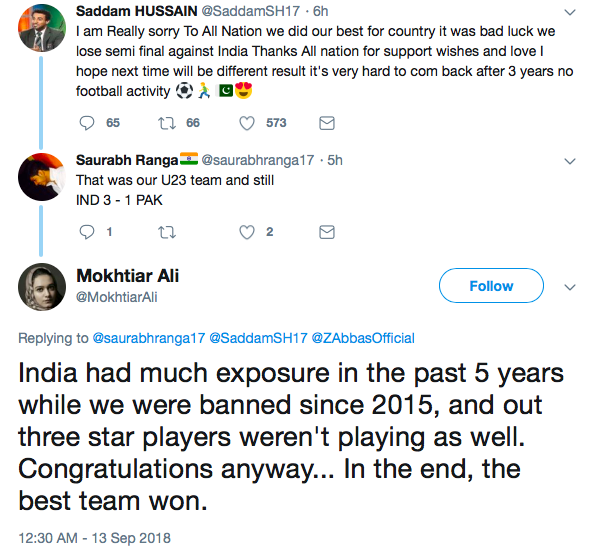 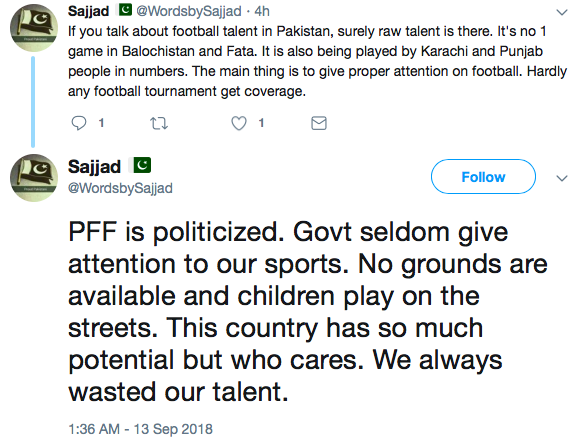 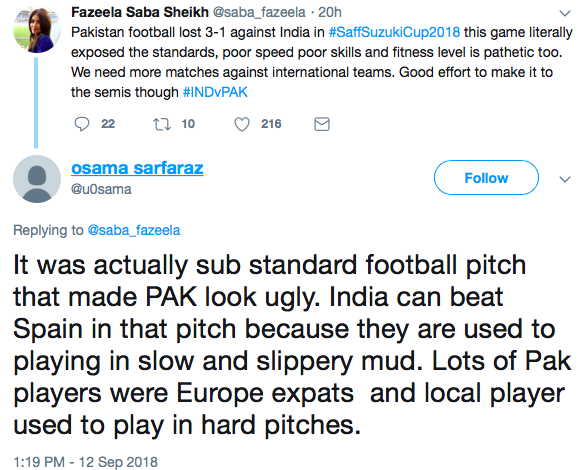 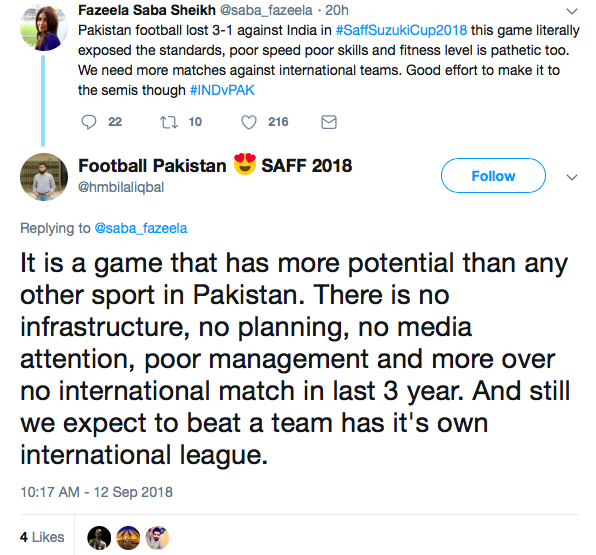 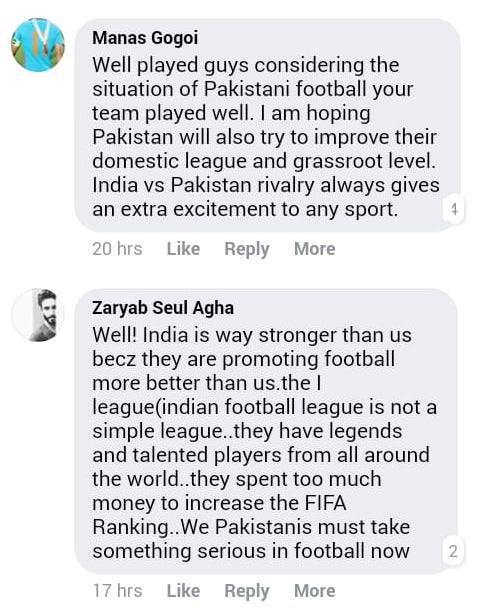 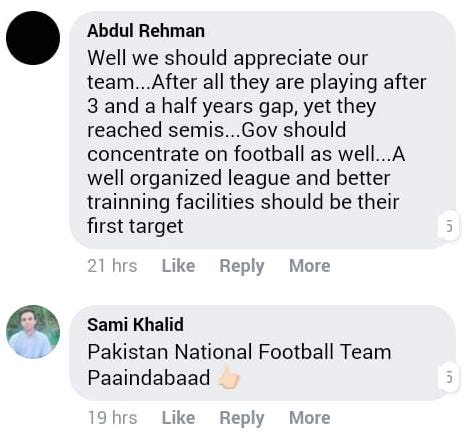 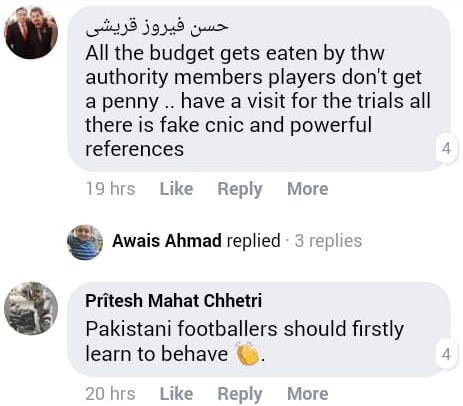