It was a game which was devoid of spark for long stretches, it lacked the energy and thrill of a final, something which Conte could have only dreamed of at the beginning of the game. In the end, it was the perfect boring 1-0 win which Mourinho had made his name by winning, yet he ended up on the losing side this time. While Rashford was ineffective and Pogba invisible, Hazard stepped up and did his job brilliantly.

Mourinho’s first mistake was redundancy. He used the same plot which he had used for the past two years against Conte. Herrera was ear-marked to shadow Hazard and make sure he did not get a free run with the ball. But this time, Conte had the break to this strategy. When the starting line-ups were announced, it looked like Hazard will play a free role behind Giroud, something Griezmann played terrifically with him for France.

But from the first whistle, it was clear that Hazard was playing in his preferred position, along the left flank. This meant that Ander Herrera, who started as a holding midfielder alongside Matic, was forced to drift leftwards, teaming up with the his fellow right-back Antonio Valencia.  This meant that Chelsea, who started the game with three in midfield, already had a one man advantage due to Herrera being out of position. 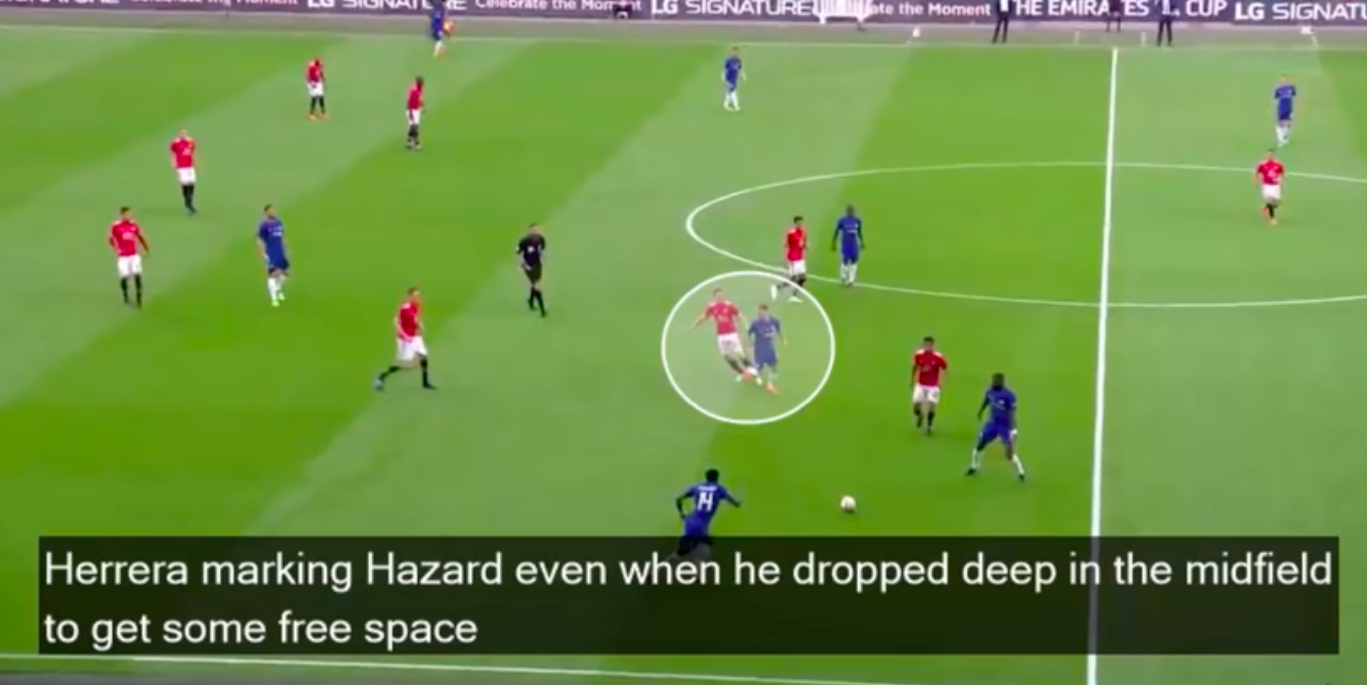 The workhorse Kante shielded the back three while Fabregas and Bakayoko exploited the midfield numerical advantage to the fullest. But Mourinho being one of the best tacticians in the PL, quickly noticed that his midfield was getting overrun, thus he decided to convert Herrera into a centre-back, moving to a back three off the ball. This move was made to ensure that the Chelsea midfielders will not be ale to burst forwards and work the channels. But there was one fundamental flaw with this tactic.

This meant hazard was left all alone on the ball, and boy did he take full advantage of this. Instead of playing along the left channel against Herrera and Valencia, Hazard shifted to the right side, taking on Phil Jones. The poor guy is an excellent defender, but in one v one situations, he is caught out every time. Hazard dragged a foul out of Jones in the penalty area and converted the subsequent penalty to seal a first half advantage. Conte was playing with Mourinho’s tactics and had used just one player to force Mourinho into a major tactical shuffle, something which he was already banking on.

Even with three CBs, Hazard was able to create a one v one situation. The main reason for this was Olivier Giroud and the sexy frenchman’s distracting runs. He kept Smalling busy while Hazard played with Jones. After the goal, it was all one way traffic, with United dominating possession but lacking a big imposing centre forward to hold the ball up and create chances. Meanwhile, Chelsea went back to a 5-4-1, with Hazard dropping back to help out defensively after taking the lead. 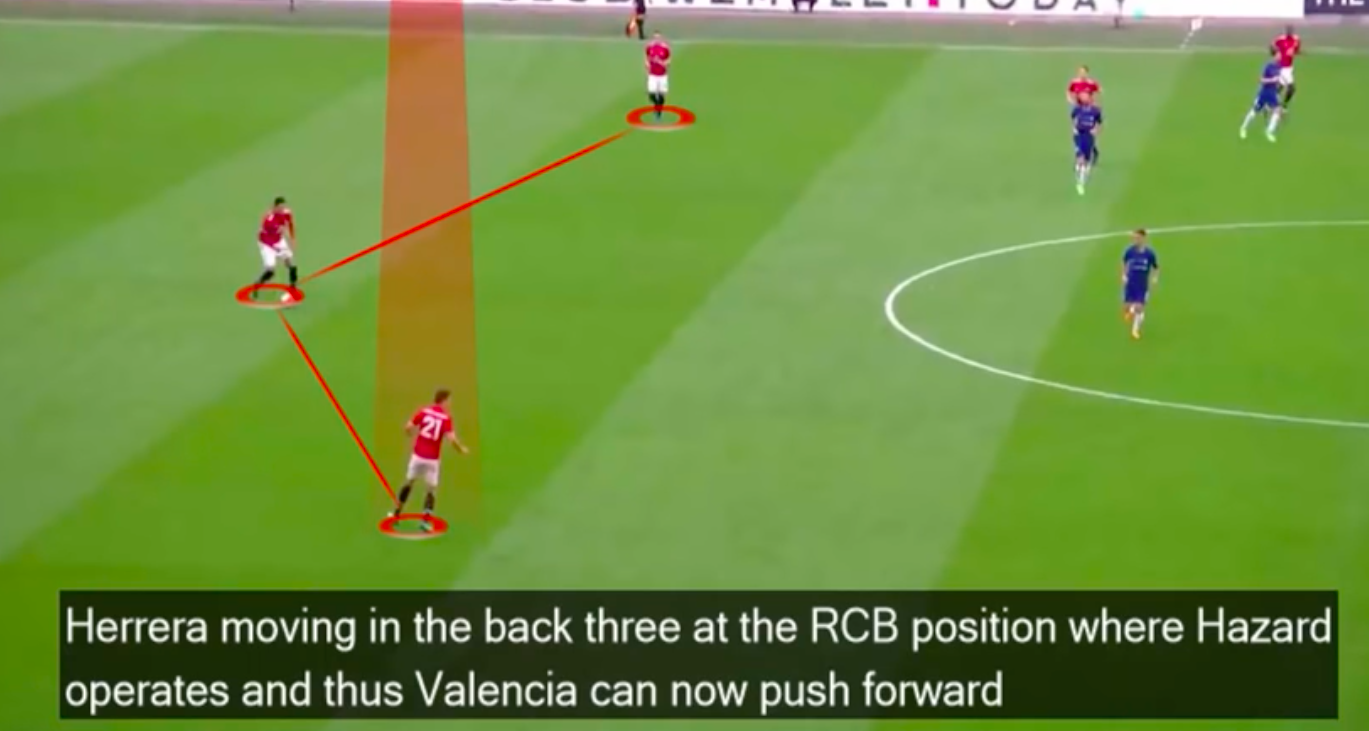 They had been drilled from the last two years by their headmaster and they ensured that the game was played out with minimum fuss and maximum efficiency. It was a typical Conte game. Score an early goal and then sit back and defend in numbers. It was a game Mourinho was all too familiar with, having broken the formula in the Premier League a few weeks ago, but this time around, Conte’s mind games proved too much even for Mourinho to topple.

PS:A big shoutout to Nouman, whose tactical insights were crucial to the creation of this article.