In the Jaws of Death

A night of pressing football, passionate fans, raging emotions, a howler of an error and a screamer of a goal. To the uninitiated football fan, the game between Argentina and Croatia might have been viewed as low key. However, those who know better would know that the D in Group D stands for Death. Not because it is comprised of the heavyweights in world football, but because it is one of the most competitive groups in the Competition this time around.

Among the Argentinians are the world’s most lethal attackers – Barcelona’s Messi, Dybala, and Higuain from Juventus and the deadliest forward from the Blue half of Manchester, Aguero. I cannot imagine a team that would want to go against them. Iceland’s exploits in the Euros are nothing short of historic and the support showed by the entire country is literally the stuff of legend (Official statistics from Iceland mention that 99.6% of the population were watching their opening match against Nigeria. I am willing to gamble that the other 0.4% traveled to Russia to watch the game live and in person). Nigeria is not a nation known to be a pushover with the likes of Arsenal’s Alex Iwobi, Chelsea’s Victor Moses and the former Blue John Obi Mikel featuring in the side. And then we come to the Croatians boasting the likes of Inter Milan’s Perisic, Real Madrid star Modric, Mario Mandzukic from Juventus, Atletico’s Sime Vrsaljko and Barcelona midfielder Ivan Rakitic. The current Croatian team is dubbed as it’s Golden Generation.

Both sides considered the game a must win, albeit for reasons that couldn’t be more dissimilar. Argentina went into the match after a draw against Iceland which meant that they had to win in order to keep their hopes of qualifying for the Round of 16 alive. Croatia was in it to write history. They needed a win to secure a position in the Round of 16 for the first time since 1998. 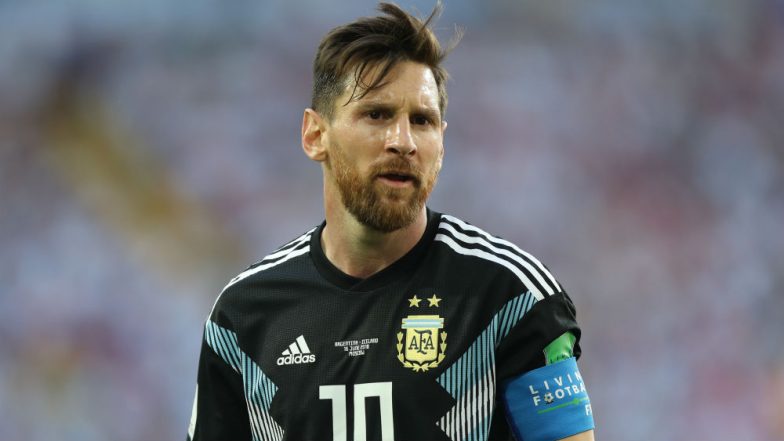 Argentina had switched their system from the 4-2-3-1 in their draw against Iceland to a 3-4-2-1 with Aguero leading the line and Messi on the right flank. Croatia also changes from a 4-2-3-1 in their victory against Nigeria to a 4-1-4-1. The intentions of both sides right from the onset was to press the opposition, close down quickly and control the midfield. The game was level in all aspects at halftime. Which saw both sides have a player that would have been sent off on any other day but were lucky to be on the pitch, defensive errors made on both sides and even a glaring chance on goal missed by each team.

The Argentinian defensive errors involved keeper Caballero playing short passes to his defenders when he should have rather kicked the ball upfield. In the 53rdminute he attempted such a pass lobbed over Rebic. By this time he had tempted fate a little more than he had to and Rebic had a sweet connection to volley the ball home over the head of the Argentinian keeper, giving Croatia the lead.

Argentina had an opportunity given to them by the heavens in the form of a huge defensive miscommunication but both Meza and Messi failed to capitalize and Rakitic cleared the ball for a corner ending the goal threat.

Croatia would have gladly accepted the 0-1 scoreline, however, the night was not one of the bare minimums. In the 80thminute the Croatians found themselves in the final third and Modric received the ball a few yards outside the box. He took a touch to control the ball, one to move it away from the path of an oncoming defender and then struck it with such power and accuracy to make the scoreline was 0-2 in exquisite fashion. The night went from worse to soul-crushing when Argentina got caught on the counter-attack and Rakitic tapped in a goal into an empty net.

In a night when the only good thing about Argentina was their vocal fans, they find themselves in an unenvious position. The destiny of the 2014 finalists no longer lies in their hands but will be shaped in tonight’s game between Nigeria and Iceland. The hopes of Argentina now lie in the jaws of Death.