The Blue Eves came into the game on the back of successive wins against Hong Kong. The Indian women put on a dominating performance against hosts and ran out eventual winners, with Ratanbala Devi finding the back of the net thrice in the second half.

In the very first minute of the match, India had the chance to take the lead after the Indonesian custodian fluffed her lines. Thankfully for the opposition custodian, the defence line came to her rescue. Possession in and around the Indonesian box kept the opponents on their toes, whilst opposition attacks were diffused easily by the Indian defence marshalled by Sweety Devi and Ashalata Devi.

In the 20th minute, India had a golden opportunity to take the lead but Sandhiya failed to find the net from close range as the opposition survived another wave of attack. In the 31st minute, the women hit the woodwork after an attempt from outside the box left the Indonesian defence bewildered.

Despite India’s attacking valour in the first half the women had little to show for as the match gl remained goalless at the stroke of halftime. However, the Indian eves made sharper attacks in the second half to make life difficult for the hosts.

The Indian women kept their momentum even in the second half, adopting an attacking stance and looking for the decisive goal. Dalima Chhibber’s shot from outside the box went inches over the Indonesian goal.

India’s attacking prowess paid dividends in the 67th minute when Ratanbala Devi blasted the ball into the back of the net beating the opposition custodian at her near post to hand India the lead. Three minutes later she scooped in the ball once more into the net after getting past the defence to make it 2-0 for the Indian women. 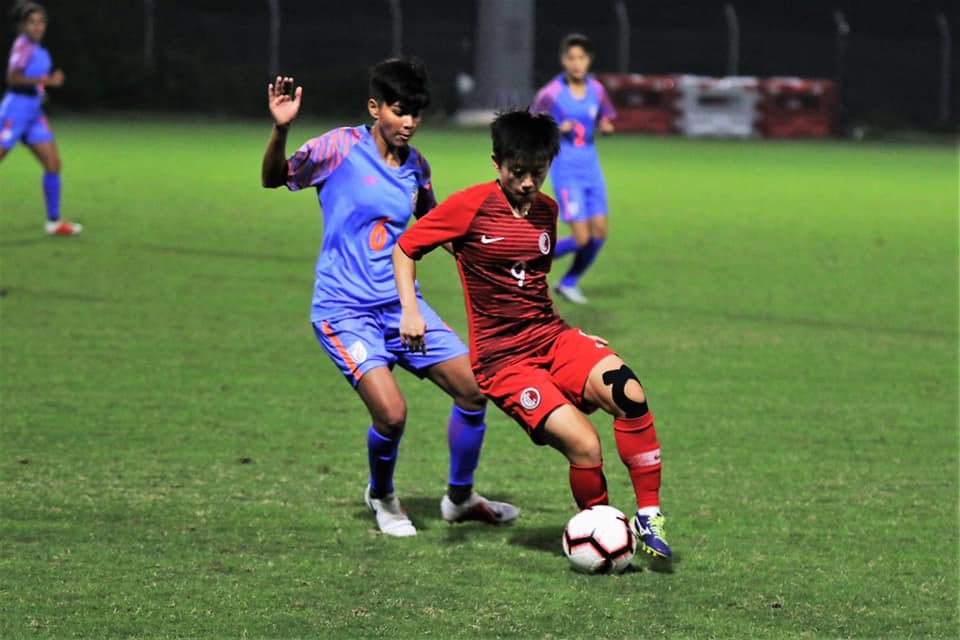 In the 78th minute, Ratanbala Devi completed her hattrick when she took a touch inside the box and slammed the ball into the back of the net to make the scoreline read 3-0.