Chennai: Jamshedpur FC's hopes of reaching the Indian Super League play-offs went up in smoke after a goalless draw against bottom-placed Chennaiyin FC in Chennai on Saturday. The visitors looked toothless in attack and could not get a win that would have kept them in the running for a spot in the top four.

The closest they came to getting it was late in the game when second-half substitute Michael Soosairaj turned in a cross from an offside position. The result sees NorthEast United FC clinch a spot in the top four for the first time in ISL history while Jamshedpur remain fifth and four points behind them.

The Men of Steel looked edgy right from the start as they looked to force the issue against the hosts who surprisingly saw more of the ball in the initial exchanges. Though the visitors slowly grew into the game, there were no clear chances in the initial 20 minutes as the teams looked short of ideas in the final third.

It were Chennaiyin who had the first shot on goal when Jeje Lalpekhlua managed to set CK Vineeth free down the right wing. The winger managed to cut back on to his left foot and get a shot away, but it was straight at Jamshedpur goalkeeper Subrata Paul.

After a sedate period, the first real chance of the match went to Jamshedpur when Sergio Cidoncha picked out Mario Arques with a brilliant cross into the box. The Spaniard's glancing header was brilliantly kept out by an alert Karanjit Singh in goal. 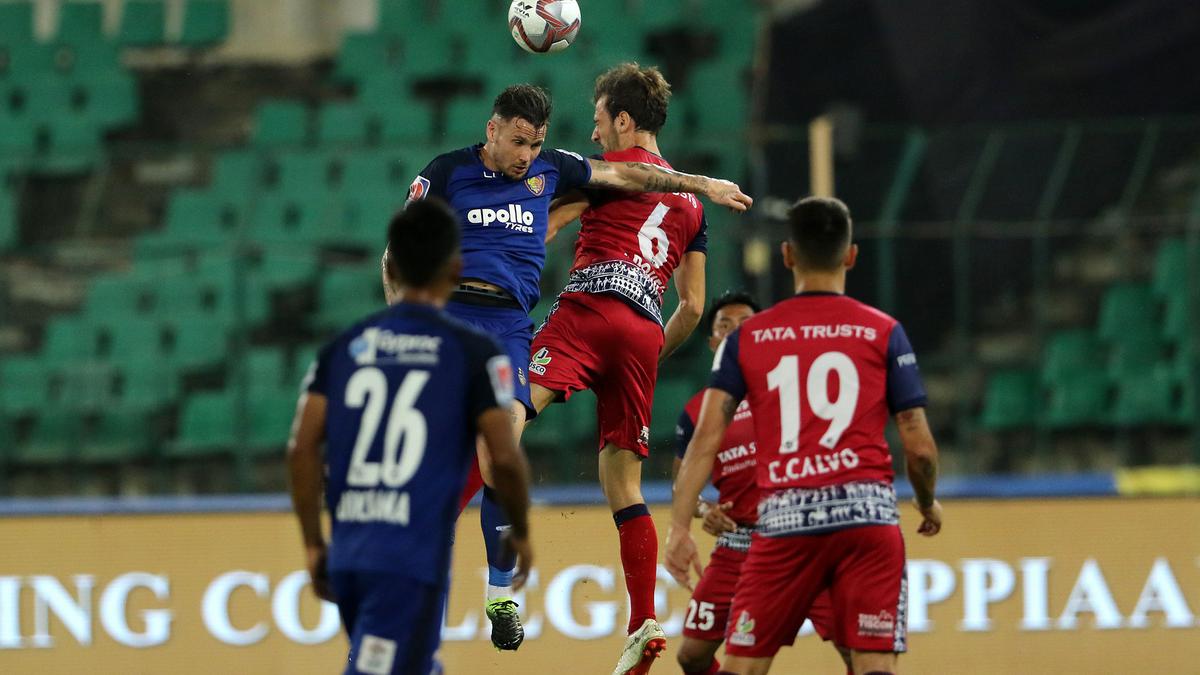 The Chennaiyin custodian was called into action again a few minutes later to stop Cidoncha's long-range effort. Apart from a header from Christopher Herd towards the end of the half which went well over, there was not many chances of note in the first half.

The second half also got off to a slow start before coming into life around the hour mark. Anirudh Thapa did well to send Jeje in space in the penalty box but the striker's shot was straight at Subrata who punched it away.

Jamshedpur did show a bit of urgency as the half wore on and Cidoncha had a header from a corner almost sneak in at the far post. Jamshedpur coach Cesar Ferrando cut a frustrated figure as his team failed to cut open the Chennaiyin defence while the home team did have several threatening breaks.

Issac Vanmalsawma picked out Germanpreet Singh around the 79th minute on one such counter but the midfielder sent his header wide despite having time and space to control the pass. Jamshedpur thought they had the winner when Soosairaj turned in a flicked cross from Carlos Calvo but the assistant referee had raised his flag for offside, much to Ferrando's disbelief.

Ultimately, a poor show in the final third and a lack of bite in attack condemned Jamshedpur to a ninth draw of the season while Chennaiyin ended their home season with a draw.