Kolkata: A Moudou Sougou hat-trick was enough for Mumbai City FC to drub ATK 3-1 and confirm a spot in the Indian Super League playoffs at the Yuba Bharati Krirangan Stadium in Kolkata on Friday.

After three matches without a goal, Modou Sougou (26', 39', 60') returned to the scoresheet with an excellent performance. Andre Bikey headed in a consolation in the 67th minute, but the hosts could not find a way back into the game and are now out of the reckoning.

The win takes Mumbai to the third spot on the table with 30 points while ATK remain sixth. A midfield battle ensued in the first half as both teams looked to keep possession of the ball. ATK started the half well but Mumbai soon stamped their authority.

Pranjal Bhumij skipped past his marker on the left flank and crossed into the centre for Sougou in the 21st minute. The Senegalese's first touch took Arnab Mondal out of the equation but Andre Bikey tackled the ball off his feet before the striker could find the net from close-range.

However, Sougou managed to get the better of the ATK defence in the 26th minute. Paulo Machado won the ball in Mumbai's half and initiated a counter-attack from the right. Bhumij received the ball forward and lobbed it behind the ATK defenders to find Sougou's run into the box and the striker placed the ball into the net past Arindam Bhattacharya.

Mumbai hit ATK with an incisive counter-attack yet again. Edu Garcia gave the ball away outside the Mumbai box and Souvik Chakrabarty released Issoko down the right flank in the 39th minute. The winger found Sougou in the center of the box with a delightful cross and the forward made no mistake from close-range to double Mumbai's lead. 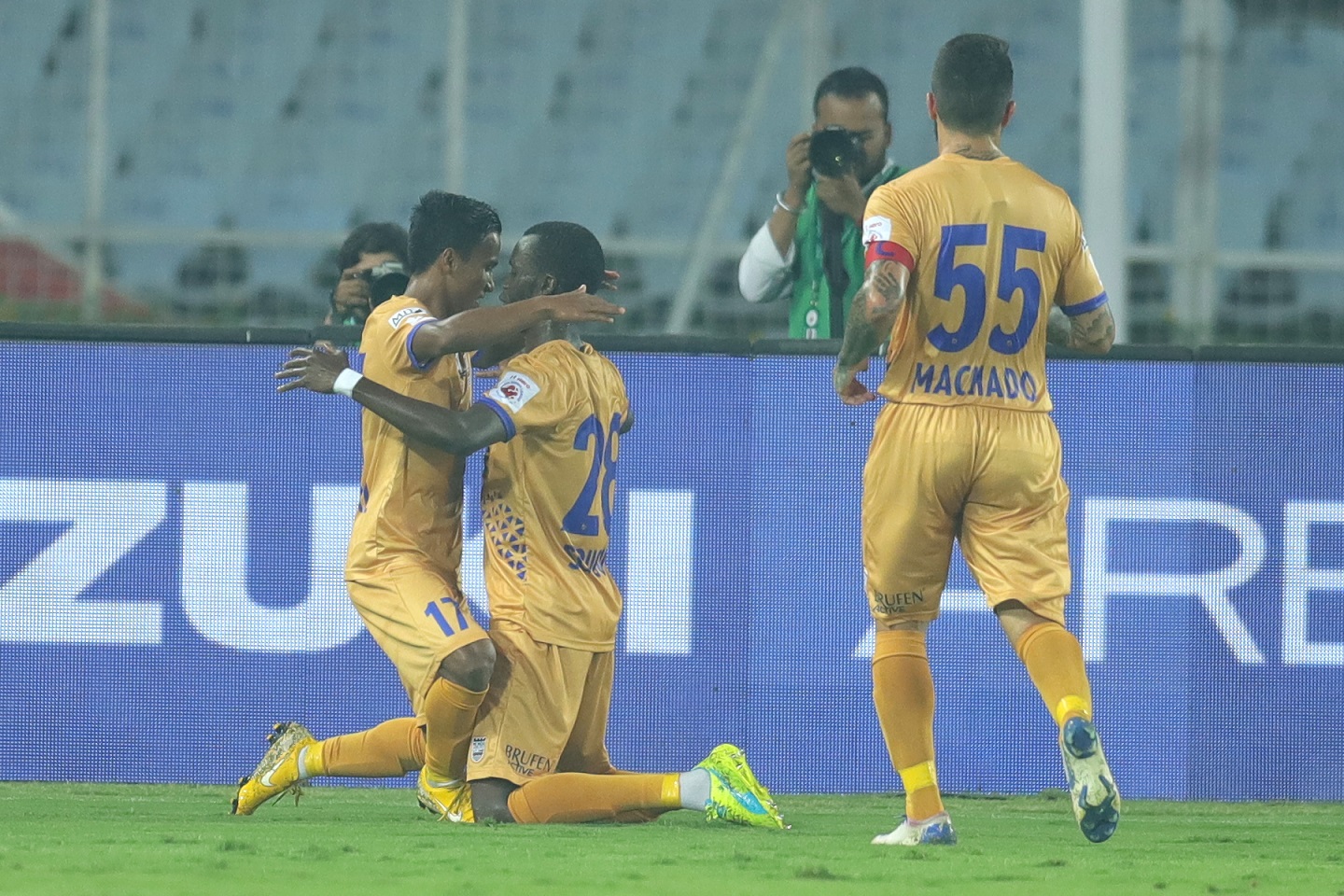 ATK went close just before the break. Mumbai custodian Amrinder Singh was forced to pull off a finger-tip save to parry away Kalu Uche's shot from inside the box. Uche had another chance but failed to beat Amrinder from close-range and allowed the defence to clear.

At the hour-mark, Paulo Machado released Sougou in behind the ATK defence and the Senegalese striker scored his 12th goal of the season with an emphatic finish to put the ball beyond the reach of Arindam.

ATK pushed players forward in search of a way back into the game. Pritam Kotal delivered a good cross into the centre of the box and Bikey's powerful header found the net in the 67th minute. With no end product to show for their efforts, the hosts succumbed to a defeat at the hand of an efficient Mumbai who converted their chances.