29th September 2018, 7:30PM. The date and time have been set. Indian Super League will be back in just over month’s time, and it is bringing a classic to kick things off. The nightly Kerala Blasters, with a star studded Indian contingent will take on the gritty ATK in the football crazy city of Kolkata for the opener.

If that was not enough, it is the El Clasico of South, with Bengaluru FC taking on the defending champions Chennaiyin FC at the Kanteerava stadium. Bengaluru have been deadly in attack, with the deadly trio of Chhetri, Miku and Udanta set to light up the ISL for another season.

Meanwhile, Chennaiyin FC have worked hard to maintain the core of the team that helped them win the title last time around, with Mailson Alves, Raphael Agusto and Bruno Pellisari all continuing with the Supermachans. In attack, Jeje Lalpekhlua needs no introduction and the onus will be on him to score loads of goals for the defending champions.

There will be two International breaks, with Indian playing China in a historic friendly being the first big break from October 8 to 16. The second international break will be Nov 12 to Nov 20. Some of the interesting fixtures to look out for includes the Maratha derby between Mumbai City FC and FC Pune City on the 19th of October at the Mumbai Football Arena

One date to especially make a note of is October 27. It will see Delhi Dynamos take on Mumbai City FC in a heated affair, especially with Dynamos owner Rohan Sharma taking a swipe at the Islanders with this comment: 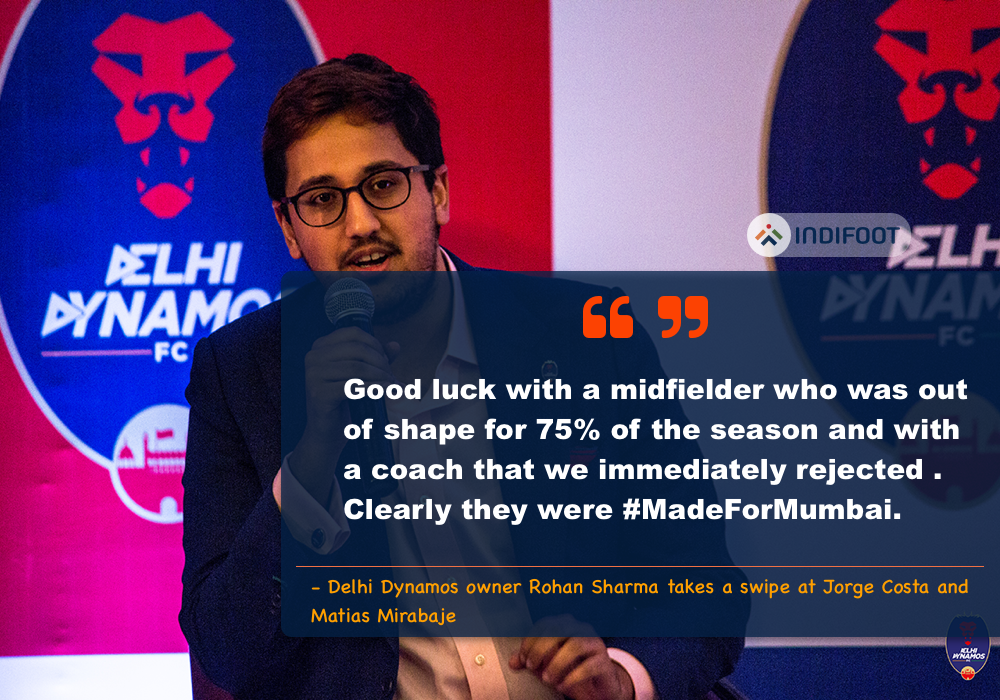 It will be interesting to see how Matias Mirabaja and Jorge Costa respond against their former employers in this tensely fought clash. They will also get a chance to show to their previous supporters exactly what they are missing out on, with the reverse affair taking place on the 3rd of December.

Meanwhile, Kerala Blasters will take on Bengaluru FC on the 5th of November in another hotly contested affair, while ATK take on NorthEast United FC on the 4th of October and the 8th of December. The full fixture list can be viewed by clicking here