When your father, elder brother and uncle have played professional football, the chances of you taking up professional football as a career choice are high. So when Jeje decided to participate in the Wai Wai Cup, there was no hesitation from his side, although his parents were particularly hesitant about him following the fast becoming family tradition of playing football.

Born in Mizoram, Jeje’s family was crazy about football, which he picked up at a very young age. The Wai Wai Cup held in Mizoram was the major tournament which put Jeje onto the Indian footballing map. His impressive performances as a centre forward didn’t go unnoticed as he was quickly snapped by the Mizoram U-19 team by then coach Colm Toal.

Jeje was impressing wherever he played and his next step up came when he was spotted by the Goa scouts. At the age of 16, Jeje signed for the Red Lizards. Jeje played in the youth setup of Pune till he made his senior team debut in 2009. Pune was playing in the 2nd division of I League. While he was not a regular starter, Jeje played 19 games over the course of 2 seasons, scoring 5 goals. 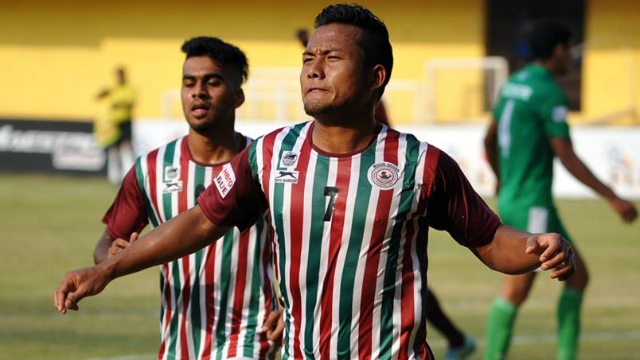 Jeje Lalpekhlua would go on to represent Mohun Bagan, the heavyweights of Indian football

Jeje had always been on the radar for the Indian National team and he regularly played for the U-19 team. Jeje was the Captain of the Indian team playing in the Under 19 South Asian Games football. In February of 2011, Jeje played his first game and scored his first goal for the U-23 Indian team. One month later, Jeje’s career in the U-23 team was over as he was selected to represent the Indian National team. Jeje made his debut in sizzling form as he scored 4 goals in his first three International matches, thus cementing his place in the National team.

Jeje was loaned to Indian Arrows who had just been promoted to I League for the 2010/11 season. The Indian Arrows was a team made of Under 19 Indian players, which was giving Indian youngsters the biggest platform to showcase their talent. The loan spell was a very fruitful one for Jeje as he scored 13 goals in 15 League appearance. Having won the FPAI Best Young Player Award for his performance in the 2010/11 season for the Indian Arrows, Jeje returned to Pune after his loan spell expired.

This was Jeje’s 5th year as a Pune owned player and his stocks had risen from a Mizoram U-19 player to one of the brightest prospect in the country. He was regularly playing for the National team, putting in strong performances and it was becoming increasingly difficult for Pune to hold onto their star striker. After another season for the Pune side, Jeje signed a two year contract with Dempo. 54 appearance and 15 goals later, a young and talented boy had turned his potential into visible results on the pitch. But he was still young and had lots to achieve. 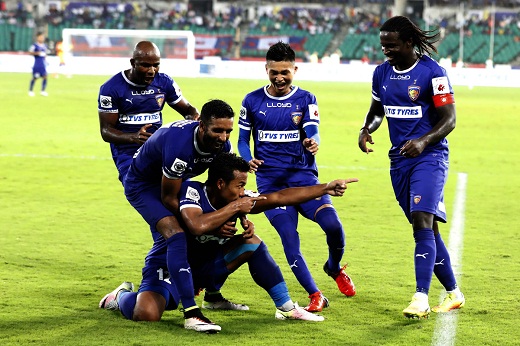 After a mixed first season with Dempo, the heavyweights of Indian football, Mohun Bagan, came calling for his services. It was an offer too good for him to even have second thoughts about. Jeje had won the AIFF Emerging Player of the year 2013, but there was a visible decline in his form even though his career trajectory was only going up. Jeje also had a dry spell playing for the National team as he made only 10 appearances from 2012 to 2014, not scoring any goals. His first season with Mohun Bagan also got off to a slow start as he scored just one goal in 16 appearances in the first season. But things were about to change.

Chennaiyin FC signed Jeje on a short term loan deal for the first season of the ISL. Jeje put in some fine performances, scoring four goals and finishing as the leading Indian goal scorer of the first season. Jeje had found his lost form and predatory finish as he followed up his impressive performance for the Machans by scoring 6 goals in 11 games for Mohun Bagan. 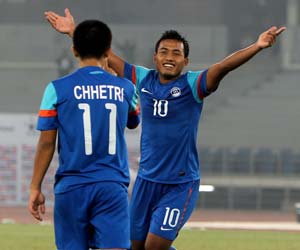 The passing of baton from Chettri to Jeje

With the I League suddenly gaining traction, something weird happened. Chennaiyin FC snapped him up and would go on to later send him on loan to Mohun Bagan. Jeje had a very impressive second season in the ISL as he scored 6 goals and recorded three assists for the Machans as they won ISL title in the dying minutes of the final. Jeje was adjudged as the Emerging Player of the tournament because, despite seemingly being around forever, Jeje was only 24 years old. He followed up his strong display I the ISL by scoring 19 goals for Mohun Bagan, winning the Federation Cup in the process. Two trophies and 25 goals for his club in one season ensured Jeje won lots of individual accolades. He won the award for the best player of the Federations Cup as well the highest Indian football accolade by winning the FPAI Indian Player of the Year.

On the International circuit, Jeje was finding his form back as he started playing consistently for the National team again. Solid performances in the upcoming seasons ensured that Jeje Lalpekhlua, the Mizoram lad, had cemented his status as one of the best player for the Indian National team, along with Sunil Chettri.

Jeje is just 26 and has his best footballing years ahead of him. And with him representing Mohun Bagan as well as Chennaiyin FC, jeje has positioned himself as one of the most vital player for both the heavyweights of the I-League and ISL respectively. Also with Sunil Chettri entering the twilight years of his career, the passing of the mantle of responsibilities of representing Indian football will surely fall on the young but experienced and talented shoulders of the quiet looking Mizoram boy, Jeje Lalpekhlua.