Lopez to Roma, Tielemans to Leicester, Arnautovic to Shanghai: The confirmed transfers this week

After the big splash in the first week of July, the transfer window has gone a little dud, with deals being few and far stretched in time as clubs continue to work hard to bring more players in. Two Shanghai-based clubs, Shanghai Shenhua and Shanghai SIPG confirmed the signing of two attackers.

Both the attackers were good dribblers of the ball, had a great knack of running in behind the defense and scored loads of goals for their clubs. Shanghai Shenhua announced the signing of Stephen El Shaarawy from AS Roma £14.3 million. The 26-year old scored 11 goals and assisted a further 3 in 32 games last season. He averaged 1.6 dribbles per game, 2.5 shots per game and made 1.3 key passes per game.

After a bright start to his career at AC Milan, injuries derailed the Egypt-Born Italian International’s progress. He managed to resurrect his career at AS Roma and has now decided to go after the big-fat paycheck which has attracted many more young talents like Oscar and Alex Teixeira.

West Ham rebel Marko Arnautovic has followed El Shaarawy to Shanghai, with the Austrian signing for Shanghai SIPG. Arnautovic had a great couple of seasons at West Ham, scoring 16 and assisting a further 5 in 38 game last season for the Hammers. The 30-year old will join Oscar and Hulk at the Chinese powerhouse and hope to win Asian trophies to add to his sole UCL medal from Inter.

One of the biggest moves of the Premier League is the acquisition of Youri Tielemans from AS Monaco. Leicester City has fended off competition from a whole host of Premier League clubs to sign the young Belgian on a long-term contract. Tielemans cost Leicester £40 million, but given his age and that he worked so well under Brendan Rodgers lasts season, it will be money well spent by Leicester.

Tielemans, in his brief spell on loan at Leicester, scored 3 goals and provided 4 assists in the 13 Premier League games. The 22-year old averaged 1.2 key passes per game, 49.3 passes at an 85% accuracy per game and executed 3.4 accurate one balls per game. Tielemans is the perfect midfielder to partner Ndidi at Leicester and has suddenly made the team look on par, if not better, than Arsenal and Man Utd.

In Serie A, AS Roma finally replaced Alisson, a year after he departed for Liverpool. Roma had signed Robin Olsen last season to cover for Alisson’s departure, but the Swede proved to be a failure at Roma. They have thus moved swiftly and signed Real Betis sensation Pau Lopez to finally replace Alisson. Lopez has been a regular 3rd-choice for the Spanish National team and one of the best shot-stoppers in La Liga.

Lopez conceded 47 goals in his 35 starts last season, keeping 10 clean sheets. Lopez faced 365 shots last season, with 134 of them on target. He managed to save 65.2% of them, making 88 saves. Pau Lopez is the right signing to replace Alisson, given his age and quality. 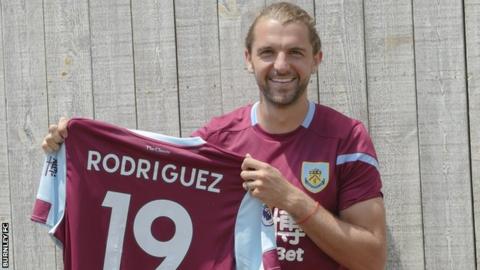 Aston Villa have made the loan-deal of AFC Bournemouth defender Tyrone Mings permanent, shelling out a mammoth £26.5 million for the defender. Burnley have made another shrewd addition by signing Stoke City full-back Erik Pieters for a shrewd £1.5 million while Atleti Bilbao midfielder Mikel Rico has joined Huesca on a free transfer at the end of his contract.