The club had asked for a written guarantee from the Srinagar police and I-league ensuring the safety of their players and staff. Meanwhile, the club also stated that their foreign players were advised against traveling to Srinagar for the game by their respective embassies.

It all began with a tweet by Real Kashmir confirming that the game was set to go ahead according to schedule:

We have a go ahead from authorities for Monday’s game against @minervapunjabfc. Hope to see them and @THE_RanjitBajaj in Srinagar tomm. 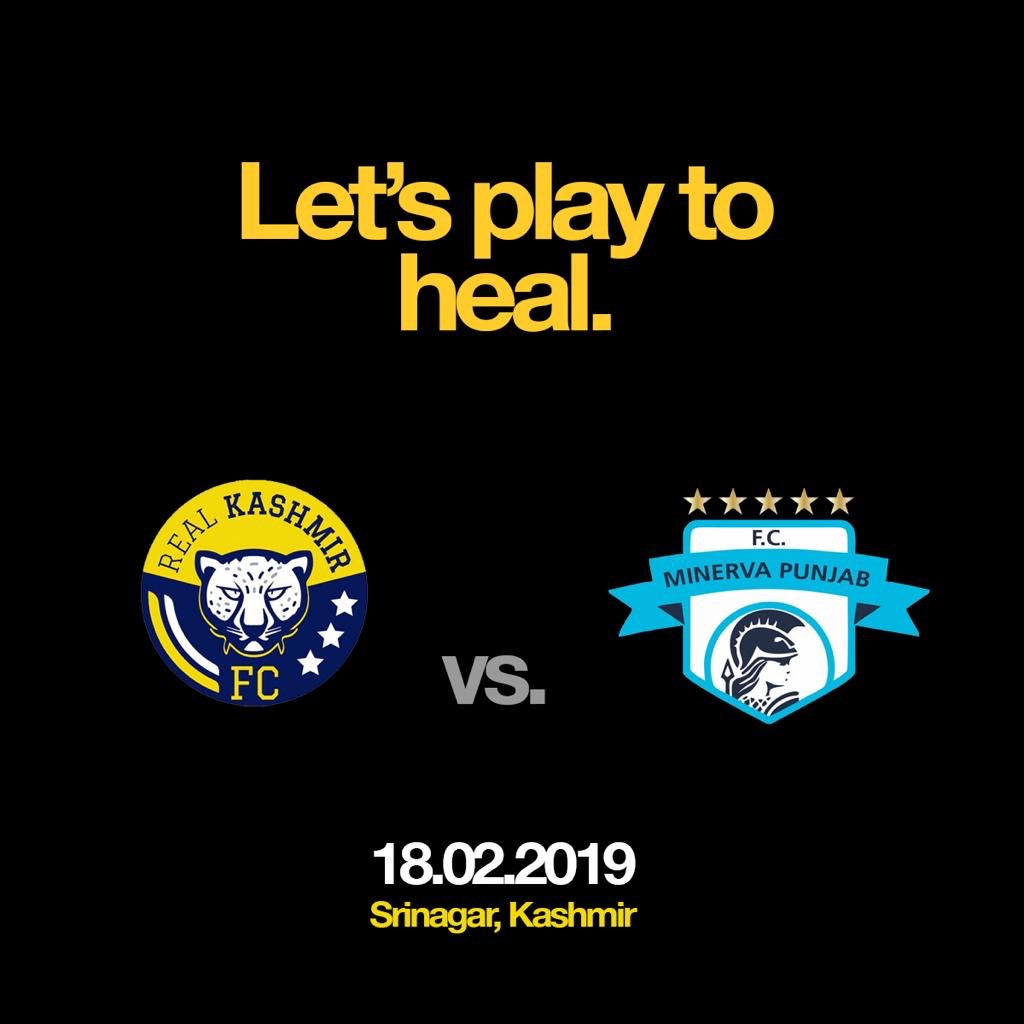 “Kudos to @realkashmirfc, @minervapunjabfc and @THE_RanjitBajaj for showing the right spirit. Football prevails above all. Let's play to heal.

"Have been waiting for promised written assurances from authorities since yesterday and still not received. We would love to play to heal in a safe environment but unfortunately no is willing to give anything in writing. @realkashmirfc@ILeagueOfficial#RKMPFC#PulwamaAttack"

“Hello!! We have NOT agreed to travel to Kashmir as we are still waiting for promised written assurances from authorities!!!!!! This tweet is surprising considering you are fully aware of the developments. #StandWithForces#PulwamaAttacks@ILeagueOfficial"

Ranjit Bajaj also spoke out using his private account to make sure that the world knew about their discontent with the alleged fake news with the following two tweets. He also outlined the reasoning behind the formal assurance required to assure his foreign players to travel for the game:

While it is not clear if the game will actually go ahead, the circus that this confusion and resulted in shows just how powerless I-league is in ensuring that their games go ahead according to schedule. While Real Kashmir confirmed the tie, Minerva Punjab refuted that the tie has got the green light. Meanwhile, the I-league’s official twitter handle was playing catch-up on the official information.

Whatever happens from here-on, the safety of the players is of utmost importance. And if Srinagar officials cannot ensure the safety, then the match should rightly be rescheduled to a later date.