Coimbatore: Chennai City FC have issued a lengthy statement via a club official on their ongoing tussle with one of their star Spanish midfielder Nestor Gordillo. The whole story started last month with an Indian Super League club, specifically FC Pune City, right at the centre of it.

At the end of last month and the beginning of this month, FC Pune City were accused of trying to poach Nestor Gordillo by the Chennai City FC authorities. The player was approached multiple times and was promised lucrative wages if he found a way out of his current contract at Chennai City FC.

Chennai City FC did not sit quietly, taking the case up with the All India Football Federation (AIFF), who reprimanded FC Pune City. Soon after this, Nestor Gordillo informed AIFF of a breach of contract by Chennai City FC for a failure of paying his bonuses following their title success. In response to these accusations, Chennai City FC have come out with an official statement:

“It's rubbish. He is trying to claim the bonus. We have clearly stated that we can only give the bonus once the federation gives us the prize money. Even if he says that, it cannot be a breach of contract. We have paid salaries for every player.

When we first raised the question whether he signed (for FC Pune City), he said no. So we said we will look forward to the next season with him in our plans. Then he started to push us, saying the bonus has not been paid.

He wants to cancel that contract to sign with another club. Why should he bring in the bonus now when the league got over many months back? He could have raised it then," continued the official.

He has been advised by the wrong people. We heard that he has changed his agent as well. Even if we hadn't paid him, he has to give us a 30-day notice. He hasn't done that either.

The primary issue here is that something was done between Pune and Nestor which is breach of contract and we’ve told AIFF the same. Obviously, Nestor wants to play in ISL. But we shall follow due process and submit our evidence to the federation on 25th.” 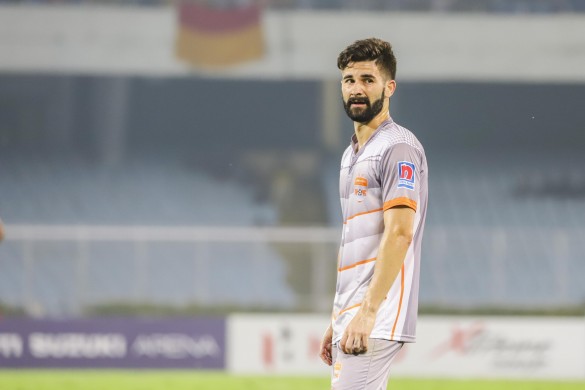 Nestor Gordillo was one of the star performers for Chennai City Fc in their title winning campaign, scoring 8 goals and assisting a further 9 for a free-flowing Chennai City FC. Currently, he is under contract with Chennai City FC, who have no intentions of letting the player go.

It will be interesting to see if Nestor Gordillo breaks free from his contract and if FC Pune City are still in the mix for his signature, given their financial struggles. Chennai City FC have played the victim card pretty well so far, but it is tough to assess what their role has been in this whole saga.

A decision is expected on the matter during the June 25 Player status meeting by AIFF.

Do you think Chennai City FC should break their contract with Nestor Gordillo or should they keep hold of him, no matter what? Write your views to us at contact@indifoot.com or reach out to us on instagram, twitter and facebook.