Perisic and Inter looking to challenge Juventus stronghold in Serie A

Radja Nainggolan, Matteo Politano, Stefan de Vrij, Kwadwo Asamoah, Sime Vrsaljko, Keita Balde and Lautaro Martinez have all came through the gates of Inter Milan. Not a lot has gone out though, which is understandable, given that Inter have reached the Champions League for the first time in a long time. Under Luciano Spalletti, Inter have also started to play an attractive brand of football, bombing their wingers forward and stretching the pitch horizontally.

The strength in depth of Inter is clearly visible. And it is not just numbers that they have added, they have some serious talent in every position, making it one of the strongest sides the Blue half of Milan have seen since their 7 consecutive titles. To get a feel of this talent, this is what Inter Milan I & II will look like with the current squad. 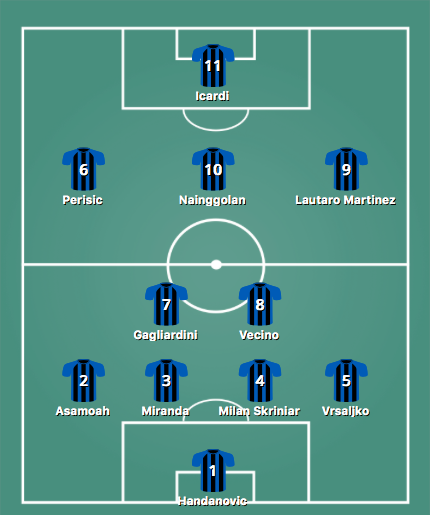 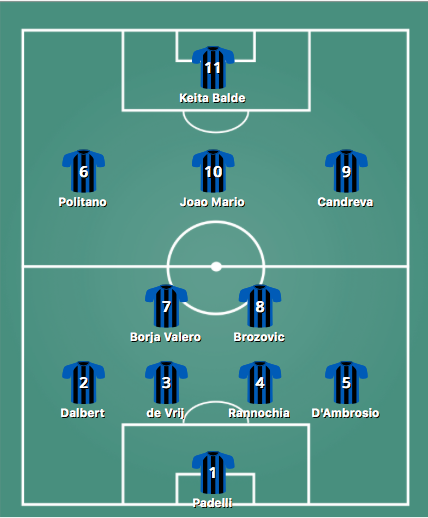 Both these teams could easily compete for the Serie A title and might even finish in the top 4 individually. The strength in depth is clearly visible when Marcelo Brozovic, Stefan de Vrij and Keita Balde are not assured a first team spot. It would not do the team justice if the original squad was not analyzed before moving onto the new signings.

In goal, Samir Handanovic has been a solid presence. He has been a top performer for Inter from the last 6 years and an undisputed starter. He has been so impressive for Inter that they have had a hard time finding a backup goalkeeper for him, with the task of competing with Handanovic for the first team spot a big turn off for some of the best goalkeepers of Serie A and Europe.

Just in front of him is the solid defensive pairing of Miranda and Milan Skriniar. Miranda is a no-nonsense defender who has been a regular starter for Brazil as well, keeping the likes of David Luiz and Marquinhos out of the starting XI. His partner Milan is a young and exciting ball playing defender. Milan was the breakout star under Luciano Spalletti last season and has cemented his spot in the first team. The addition of Stefan de Vrij and the renaissance of Andrea Rannochia in the second half of last season makes for an intense competition for the two centre-back spot.

To give some width, Spalletti has done well by adding the experienced Kwadwo Asamoah and Sime Vrsaljko to his squad, who will compete with Danilo D’Ambrosio and Dalbert to fit into his vision for the first team. Spalletti loves to play a 4-2-3-1 formation, with one midfielder screening the defense while the other midfielder is given the freedom to roam. Roberto Gagliardini has been another young Italian star to have thrived under Luciano Spalletti, making one of the midfield spots his own. Gagliardini is a defensive midfielder who loves to sit back and break up play. His passing range also makes him an attractive prospect in the starting XI. 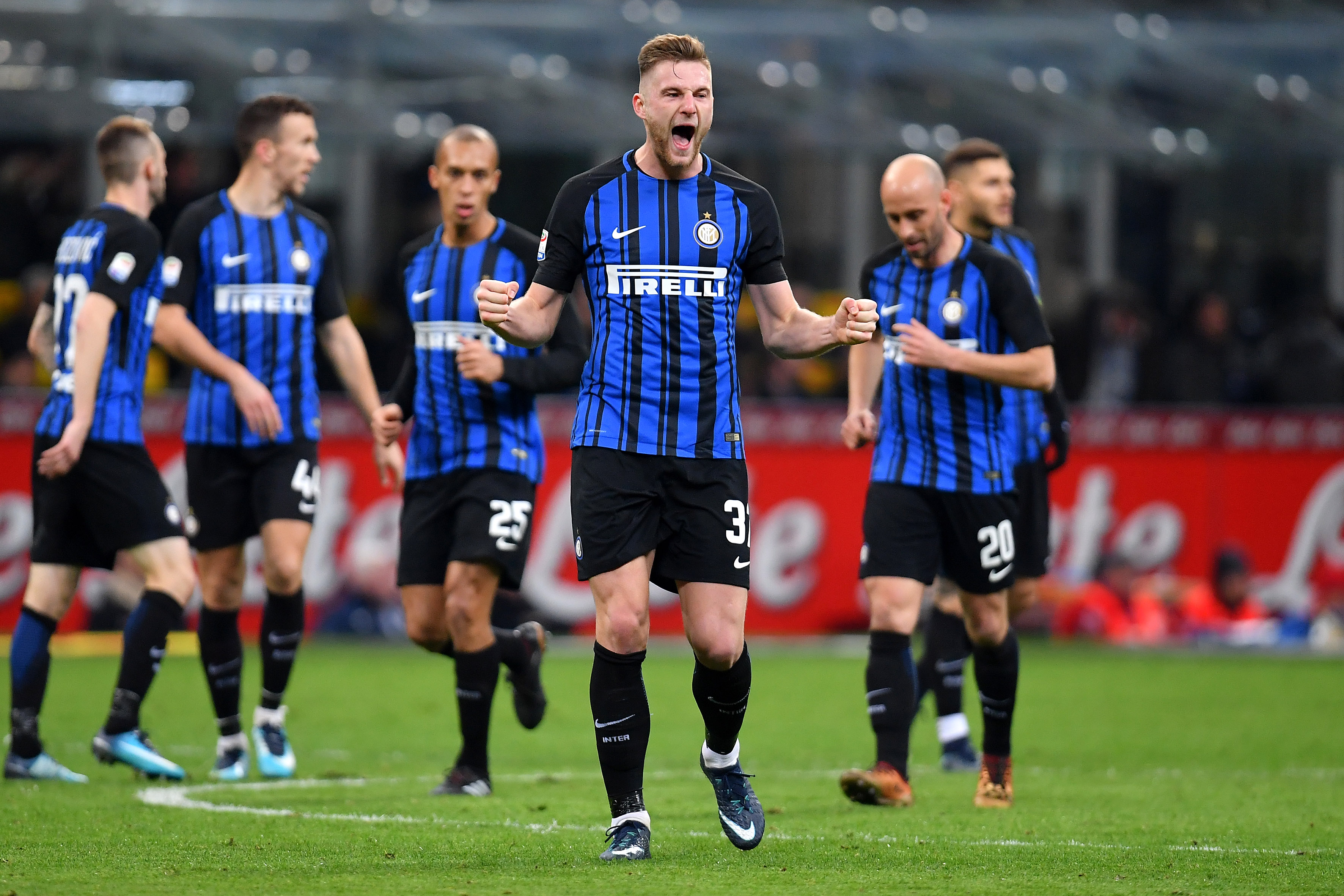 But the impressive performances of Marcelo Brozovic for Croatia at the World Cup will make it a welcome headache for Spalletti. Meanwhile, Matias Vecino also had an impressive World Cup with Uruguay, playing every game for Oscar Tabarez’s side en route to an impressive run to the quarterfinals. This will make it all the more difficult for pass master Borja Valero to break into the first team, with age also going against him.

Ivan Perisic will be a sure shot starter on the left wings, if he stays at Inter come the end of the transfer window. Providing width on the other wing will be the young and exciting Argentine striker Lautaro Martinez. Lautaro has made an impressive start to his Inter career, scoring against Lyon and Atletico Madrid in the International Champions Cup. His goal against Atletico Madrid was a special strike from a very tight angle. The young Argentinian, on current form, looks like a way better signing than their Brazilian striker Gabigol.

The one signing which Inter worked extremely hard for, was the Belgian midfielder Radja Nainggolan. The Belgian ace has been one of the star performers of AS Roma and Serie A from a long time, and Inter will be extremely delighted to see their top target joining so early in the transfer window. This will help him integrate and ease into the first team efficiently. With a striker of the calibre of Mauro Icardi in front of him, Nainggolan will certainly enjoy playing in this Inter side full of star studded players in every position.

Inter fans will be delighted to see its team in the Champions League once again, and with big names choosing the blue half of Milan, they will be hoping to compete on all three fronts and end their trophy drought. The signing of a certain Cristiano Ronaldo will surely strengthen Juventus, the movement of Gonzalo Higuain to the Red half of Milan will also strengthen their neighbours, Roma have signed hugely talented players in Justin Kluivert Bryan Cristante and Steven N’Zonzi, while Napoli have pulled out their ace by appointing serial winner Carlo Ancelotti as their new winner.

Thus, the race for Serie A title is as exciting as it can ever be, and with top European and World stars choosing Italy over other leagues, Serie A have made a big push to roll back the years and compete with Premier League and Bundesliga for the crown of the best league in the World. Inter surely have done their bit to help the cause, and they will be quietly confident of their chances in Italy and Europe this season.