India is stepping up its AFC Asia Cup preparation by taking on East Asian giants China in an international friendly today (13th October) at 5:05PM. The game will also be a celebration of 100+ international caps for two Chinese veterans Zheng Zhi and Gao Lin. The game has been dubbed by the Chinese media as the “Earth derby” with the combined population of India and China crossing a whopping 2.8 billion.

Chinese football team, coached by Marcello Lippi, are approaching this game as an opportunity to experiment, with a big game against Syria coming three days later. Syria is the 6th best team in the Asia Oceanic region, with the other five teams above it all playing in the recently held World Cup. With injuries at key positions, Lippi will be taking a cautious approach to the game, making sure he has his best players against Syria.

China is ranked 7th in Asia while India is ranked 15th in Asia, with 21 ranking positions separating India and China in the World rankings. But because of injury woes and poor form, this could be the best time for a settled Indian side to take on China. Can they take advantage and take a huge leap to step up their preparation for AFC Asia Cup? Only time will tell. 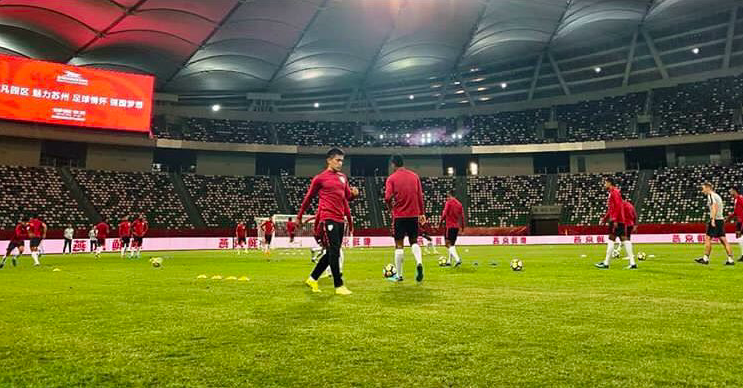 “I think the captain has to reflect the attitude coach. Sandesh played for me four years ago for the first time. He is a fighter, a leader and gives everything on the pitch, which most others do. I think he is going to be one of the leaders going forward for India and keeping in mind the magnitude of this game, he deserves this responsibility. No question that he will do well.

I believe in giving young players an opportunity. We have a very good scouting system in India. So far we have given 44 international debuts in India during my tenure. They have great enthusiasm and of course, you can't substitute that with experience. But we try to create a mix and they have done pretty well recently. They are the future of Indian football." 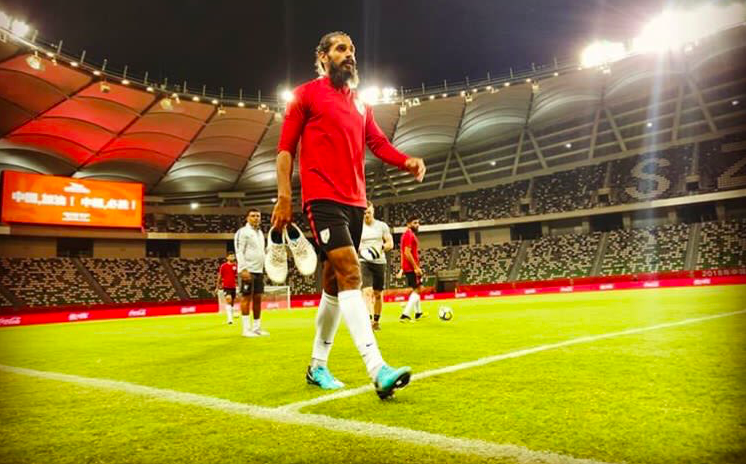 “Firstly I would like to thank the coach for giving me the armband. As an Indian boy, it is a big thing to represent your country and to do so with the armband is something I can't describe in words. I take great pride in it. We have a group of leaders and we all work together closely. We believe that this squad is second to none and if we stick to our plan the good results will follow.”

“Right now, the end of Chinese Super League (CSL) season is drawing near, and the competition is furious since teams are fighting for various purposes like ensuring safety from relegation, winning the championship etc. As a result, we are going through a really difficult time, because our players have to keep a balance between CSL games and an eye on the Asian Cup being held in January next year. They have to be prepared for the national team.

Our focus is on making adjustments and not scoring. The Asian Cup is approaching and we have to adjust the state of our attack better. Based on our competitiveness, as long as we have enough desire to win within Asia, we can get over any opponent, but the key point is to closely work together. So, how many goals we score doesn't matter, what matters is we can win the game.”

Star Sports will be telecasting the game on Star Sports 1/2/3 and Hotstar with kick-off scheduled at 5:05PM.