The biggest game of Saturday afternoon saw Chelsea take on Huddersfield Town. It was Chelsea’s first competitive game under Maurizio Sarri, and boy did they deliver. Chelsea put on a show for their travelling fans, with Jorginho and Marcos Alonso catching the eye with shining performances. Jorginho was the chief orchestrator in the middle of the pass, spraying threatening and meaningful passes while Marcos Alonso would be kicking himself for not getting on the score-sheet.

The first goal came about from one of the most unlikeliest of sources. The move started off with Antonio Rudiger winning the goal-kick from Ben Hamer and Pedro beating Aaron Mooy to the second ball. Pedro then made a 20 yard burst and fed Willian of the left wing. Willian easily by-passed the Huddersfield defender Florent Hadergjonaj, delivering a back post cross which was  finished off by N’Golo Kante to score the first Premier League under Maurizio Sarri. It was a move which showcased the desire of Chelsea to get on the ball and fight for it, and their resolve paid off.

The second goal was created by a clever little back heel by the forgotten man, Ross Barkley. Barkley, with his back against the goal, received the ball from Jorginho, and instead of taking a touch to get it under control, he redirected it onto the path of the on-rushing Marcos Alonso. Alonso took a slightly heavy first touch to open his body up to curl the ball into the top right corner, but his forthcoming second touch and shot was impeded by Christopher Schindler. The referee did not hesitate for a second and pointed to the spot. Jorginho stepped up for the penalty and converted it expertly to put Chelsea 2-0 up and in cruise control.

The third goal was all about the genius of Eden Hazard. On the counter, Hazard ran through the middle of Huddersfield defense, attracting three defenders to him. This freed up Pedro on the right hand side, who expertly dinked the ball above the on-rushing keeper. That was the last meaningful attack of the game as Maurizio Sarri made an impressive start to his Premier League career. One notable debut from this game was that of Kepa Arrizabalaga. The former Basque goalkeeper did well whenever called upon, making 2 important saves and keeping it calm at the back when playing with his foot. It was an assured display, one which would give Sarri a lot of confidence ahead of the showdown with Arsenal.

Kepa Arrizabalaga - 8/10 - Made his debut just three days after becoming the most expensive keeper and was calm and composed when on the ball, making two crucial saves to keep Huddersfield from coming back into the game. 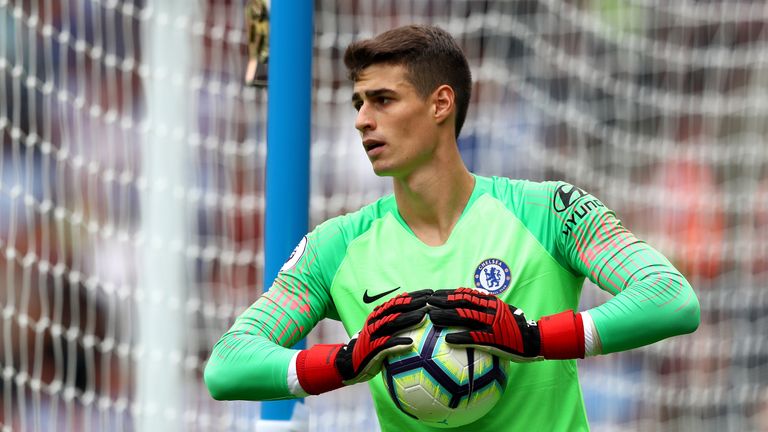 Cesar Azpilicueta - 7/10 - Slotted back into his natural position effortlessly and had a neat and tidy game.

Antonio Rudiger - 7/10 - Looks like Rudiger has taken the second spot alongside David Luiz and his performance showed the merit of that decision.

David Luiz - 7/10 - Given a new leash of life by Sarri, Luiz showed why Chelsea bought him back from PSG with an assured performance at the back.

Marcos Alonso - 8/10 - One of the star performers for Chelsea, Alonso was fouled in the buil-up to the penalty goal. Willing runner and always joined Chelsea in attack, without neglecting his defensive duties.

Jorginho - 8/10 - Another man who put in a composed performance. Jorginho played as if the Premier League has always been his stomping ground. Exceptional display for a debutant.

N'Golo Kante - 7/10 - Looks like Sarri has worked on Kante's finishing, as he kick-started the new era with the first Premier League goal. Was a typical Kante performance, popping up everywhere to hose down the opposition atatck.

Ross Barkley - 6/10 - Barkley must be loving it under Sarri. He has earned the confidence of the manager and has done nothing wrong to lose his spot next week against Arsenal.

Pedro - 8/10 - The 32 year old looks revitalised under Sarri, with his style of play coming very close to his FC Barcelona days. Scored the third goal to finish the game off.

Willian - 7/10 - Brilliant display from the Brazilian winger, who was a willing runner on the left hand side, as Huddersfield found it tough to contain him. Will be interesting to see if Sarri drops him or Pedro for Hazard against Arsenal.

Alvaro Morata - 5/10 - Morata is a man woefully out of confidence and waiting for Giroud to come back and take his spot in the starting XI. Did not play like a £70M player. 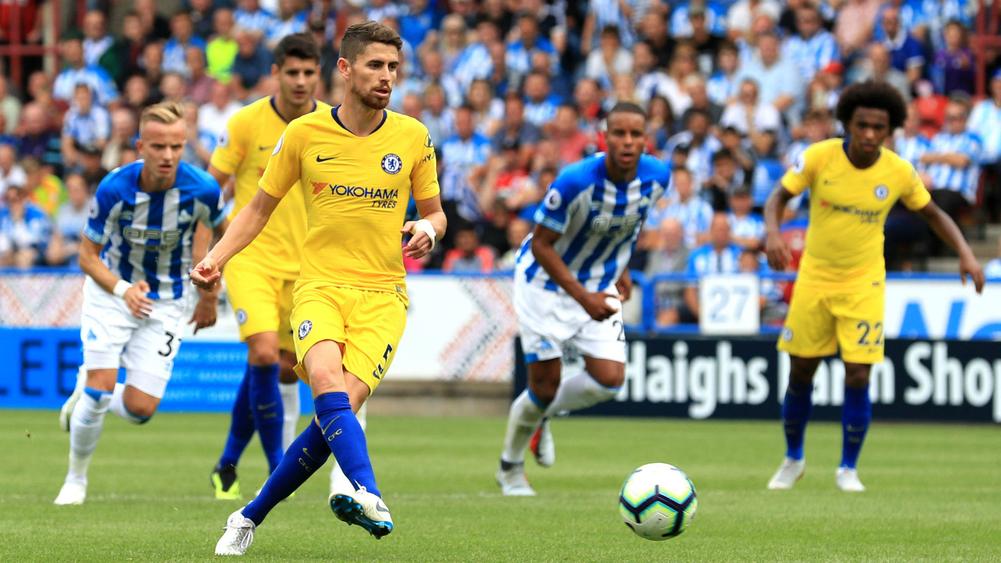 It was a tough call between Marcos Alonso and Jorginho, but it has to be the Italian midfielder. Jorginho did not play a pass wrong and ensured Chelsea were not wasteful on the ball with his incisive passing ensuring Cesc Fabregas will be out of the team for the foreseeable future.