Sign the petition: Mesut Ozil, We stand with you

Mesut Ozil is a once in a generation type of player. He is synonymous with the silky touch, mesmerizing control and threading the needle passing. Whenever he takes to the pitch, the fans hold their breath and look up to him to create that moment of genius that will unlock the game, and he rarely fails to deliver. Ozil is a third-generation Turkish, born in Gelsenkirchen, West Germany. He famously said:

“My technique and feeling for the ball is the Turkish side to my game. The discipline, attitude and always-give-your-all is the German part”

Ozil had received the Bambi award in 2010 for being a prime example of successful integration within the German society. He graduated from the youth system at Schalke 04, having played for a lot of local Gelsenkirchen clubs before joining the Royal Blues. But his big break came at Werder Bremen. Ozil was at the height of his powers from pretty much the start of his career at Werder. His exquisite performances saw him board the flight for the 2010 World Cup.

At the age of 22, Mesut Ozil was a regular starter for his country, playing every World Cup game from the start. He ended the World Cup with 3 lovely assists and one exquisite volleyed goal from the edge of the box. The goal ensured Germany finished top of their group, while Ozil was the nominated into the top 10 players of the World Cup. It was a brilliant World Cup, one which led to a big money move to Real Madrid, the club where legends were made.

The stardom and the money did not make Ozil one focus, as he was Germany’s best player during their 2012 Euros qualification. He scored 5 times and provided 7 assists in the 10 qualification games, more than any other player across Europe. He also won a German Player of the Year Award en route to UEFA Euros 2012. Needless to say, Ozil being Ozil, showed yet again why he is the best German player.

He recorded 3 assists and scored a goal in Euros, including a Man of the Match display against Greece in which he created 9 chances and provided 2 assists in the 4-2 win. He finished the tournament as the joint highest assist provider along with a place in the UEFA Team of the tournament. It was this performance that saw Ozil win the German Player of the Year yet again. He would go on to win it three more times, making it 5 German Player of the Year awards, an astounding achievement for a player, who is allegedly not German enough, according to his detractors.

Ozil again continued to deliver, finishing the 2014 World Cup qualification campaign with 8 goals, being his country’s top scorer. Ozil had a wonderful World Cup as well, creating 17 chances, finishing 171 passes in the final 3rd and scoring the decisive goal in the 119th minute against Algeria in the Round of 16, with his World Cup culminating with the winner’s medal. He concluded the World Cup by obliging to UEFA president and football legend Michel Platini’s request for his shirt. Ozil had a terrific World Cup and his performances continued o show his importance for the German National team. He started all the games and played almost every minute of the World Cup. 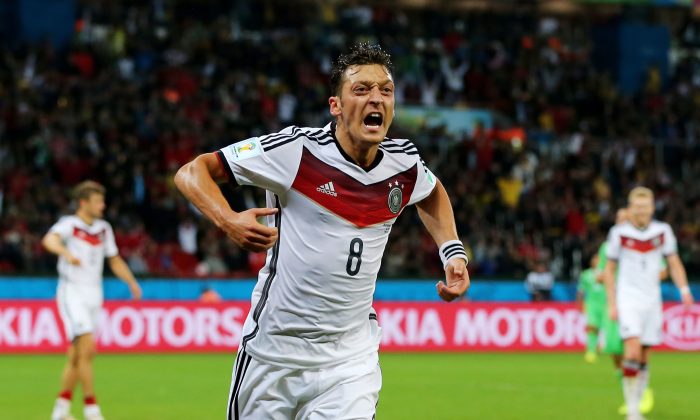 He continued the trend of being their best player on the pitch, with important contributions throughout the qualification campaign for the UEFA Euros 2016 and the FIFA 2018 World Cup. Ozil has proved over and over again that he is and has been the best German player, yet he receives widespread criticism when his team-mates fail to step up. While Thomas Muller, Manuel Neuer, Sami Khedira and the rest of the starting XI were extremely arrogant and played woefully, it was Ozil and his picture with Recep Erdogan that was pinned as the reason for his poor performances. He was dubbed to not have the same patriotism for Germany that other players had.

Having spent his entire life in Germany, and crowned the German Player of the Year 5 times, Ozil must have been the last player to be criticized. Toni Kroos made two mistakes which directly led to two goals and two defeats, Mats Hummels missed half a dozen chances to scrap Germany through, while Jerome Boateng let his country down with a stupid Red card. Yet, it was Mesut Ozil, who was blamed for Germany’s dismal performance.

The racism shown by Germany and World media is a damning indication of how things are in football. Thus, we urge you guys to sign the petition in the link below and let Mesut Ozil and the world know that we are with him. He should not feel cornered and alone, he must recognise that there are people who are behind him and do not blame him for anything. Let’s all show solidity and #StandWithOzil.

Link to the petition —>https://www.change.org/p/die-mannschaft-we-stand-with-ozil-say-no-to-racism 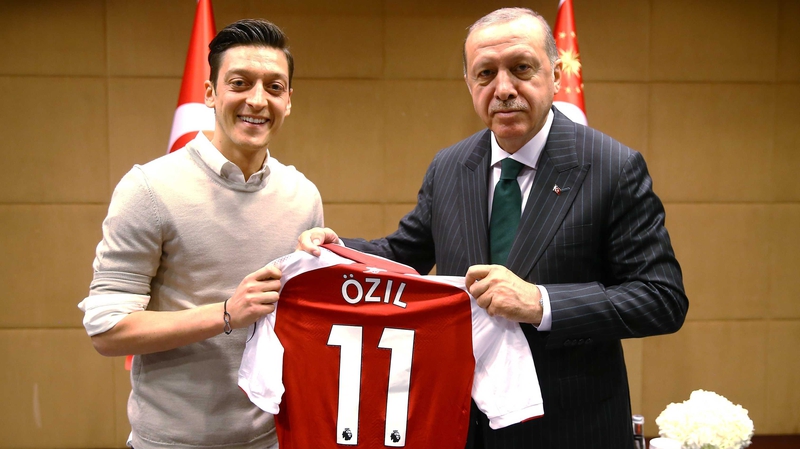