Tactical breakdown of Curacao vs India: A game of two halves

It was a test of quality, technique and fitness. In the end, India went down against Curacao with a score-line which was flattering to the CONCACAF nation. It was a game of two halves, with India starting slow off the blocks. The first half saw all the goals of the game, with Curacao capitalizing on the defensive frailties of India.

Igor Stimac decided to play a 4-1-4-1, with Pronay Halder playing as the solitary defensive midfielder. Brandon Fernandes and Sahal Abdul Samad played as Central Attacking midfielders, with Brandon coming deep to link defense with attack. Udanta and Chhangte provided width to the attack, with Chhetri playing as the lone striker.

Sandesh Jhingan and Rahul Bheke had a nightmarish first half, with Curacao cutting right through the centre of Indian defense on a regular basis. Pronay Halder struggled to screen the centre-backs, who were pulled far apart constantly as Curacao increased the width of the pitch in attack. This led to them creating lots of huge chances, which their forwards converting them with calm and composure.

The centre-backs were forced to double down with their full-backs to shore up the wide areas. This left Halder all alone in the middle of the park, and the ATK ace was unable to cope with the Curacao attackers. He had a hard time helping India play out from the back as well, with his passing radar off.

Meanwhile, Chhangte was fast and furious on the wings, but his positioning left a lot to be desired. The Delhi ace was caught offside multiple times and he did not make any effort to double down and help Subhashish Bose out in defense. Udanta saw a lot of the ball, but was tightly marked by Cuco Martina.

Sunil Chhetri did get the chance to score on his record breaking 108th appearance, with Sahal Abdul Samad winning the penalty. Chhetri calmly converted from the spot, but the Indian defense went to sleep and Curacao scored yet another goal to restore their 2 goal advantage and make the scoreline 3-1. 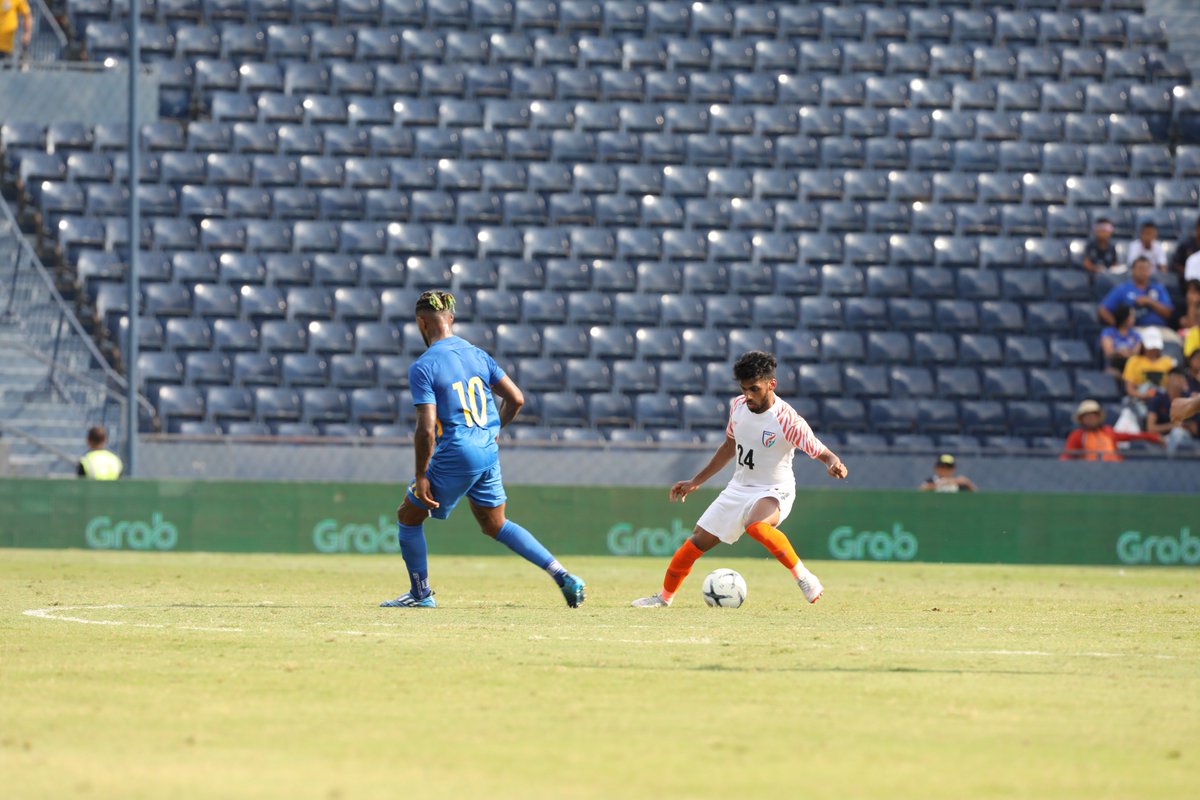 In the second half, Stimac decided to haul off Pronay Halder and Lalliaunzuala Chhangte, with the young Indian arrow Amarjit Singh and Mumbai City FC ace Raynier Fernandes coming on. Stimac moved to a 4-2-3-1, building a silid foundation at the back to help the attackers moving forward.

Stimac thus shifted to a midfield axes, with Amarjit Singh playing as the Central defensive midfielder and Raynier Fernandes taking on the role of a deep lying playmaker. Brandon was moved forward onto the left wing with Sahal playing as the CAM.

The move worked really well, with Amarjit Singh hustling and bustling in the middle of the park. He was instructed to mark Cardiff City forward Leandro Bacuna off the ball. Amarjit did just that, with Bacuna essentially neutralized in the second half. Meanwhile, Raynier Fernandes, who had an impressive ISL with Mumbai City FC, linked defense with attack with his running and lovely passing and turns.

When on the ball, Amarjit started the attack sitting at the base of midfield and spraying the ball around. Raynier Fernandes carried the ball and linked up with Sahal, who had an exceptional game. This tactical tweak brought Sunil Chhetri into the game, with the Captain Fantastic cutting a frustrated isolated figure in the first half. 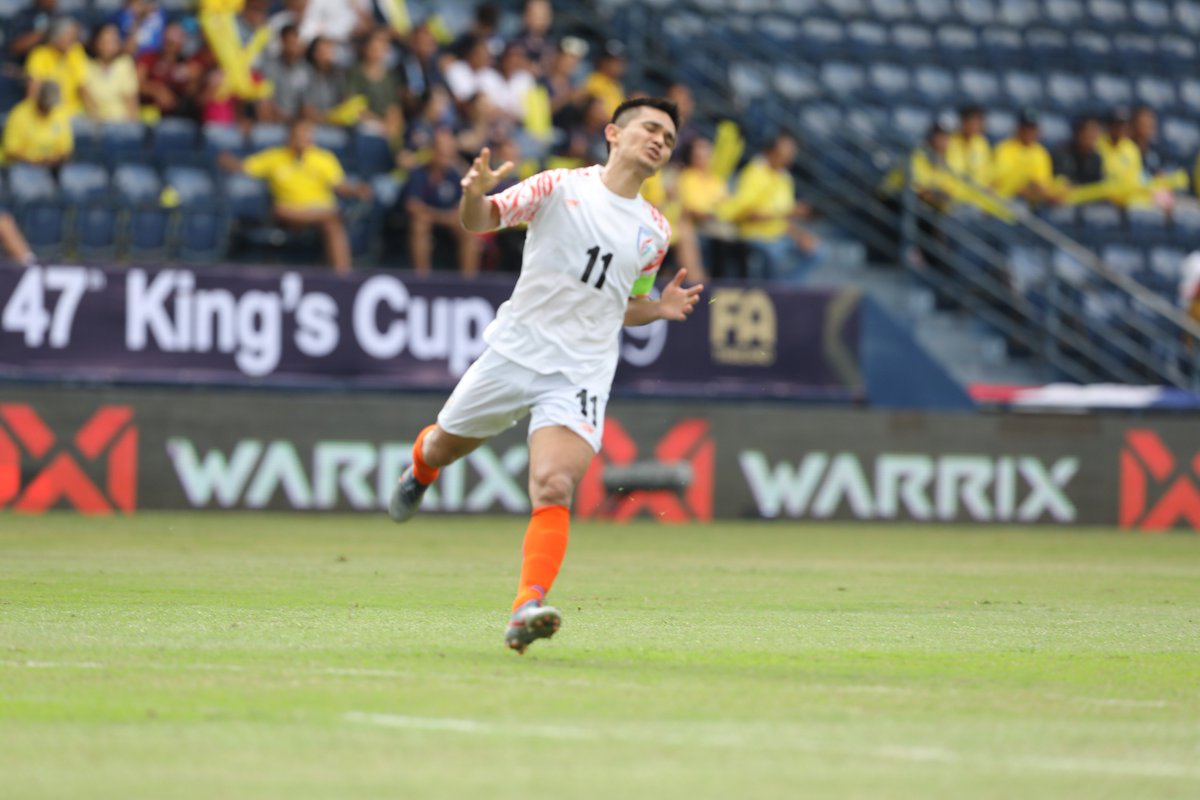 When Amarjit Singh ran and blocked Elson Hooi’s shot from a Curacao corner, it signaled that Igor Stimac’s tactical tweak in the second half had worked. Chhetri hit the post, Michael Soosairaj and Sahal came really close to scoring and India dominated Curacao in attack. Subhashish Bose was reinvigorated in the second half, but Pritam Kotal’s defending on the right left was still shaky. This pinned Udanta back, who did not enjoy the same freedom as Michael Soosairaj on the left.

Sahal Abdul Samad was the star of the game, creating 2-3 big big chances. He also won the penalty which resulted in the solitary Indian goal. He carried the ball brilliantly and always had an out ball with Udanta on the right. He also created one of the biggest chance of the second half, sucking the Curacao defenders towards him and then turning brilliantly to pass the ball in the path of the onrushing Amarjit.

The Young arrow took one touch too many, which helped the Curacao defense close the gates, but this play showed the intelligence and awareness of Sahal Abdul Samad. For his consistent running and inventive creativeness, Sahal Abdul Samad wins the Man of the Match award from indifoot, although it was a close call between the Kerala player and Amarjit Singh.