Sunday saw both the Manchester clubs in action, with City taking on Huddersfield Town white United played Brighton away from home. The first game was a goal-fest, with Manchester City dismantling Huddersfield Town 6-1 at the Etihad stadium. Sergio Aguero hit a hat-trick, Gabriel Jesus was on target, but the highlight of the day was the brilliant David Silva free-kick in front of his finally healthy 5 month old son Mateo Silva. It was a beautiful moment, one which Silva and his fans will cherish for long.

Pep Guardiola surprised everyone by starting with a back 3, with Kompany, Stones and Laporte all starting in defense, while Bernardo Silva was pushed into an unfamiliar role of right-back, with Walker and Sterling consigned to the bench. The move seemed like a big shocker in the early stages, with City very uninspiring for the first 20 minutes. But once the first goal went in by Sergio Aguero, the flood gates opened up. It was a brilliant first goal as well, with Ederson laying on a wonderful 70 yard assist for Aguero to latch onto and convert.

The game was lacking that one moment of magic which would suddenly turn the game around, and Ederson’s genius was the catalyst that started the end of Huddersfield game. The other game which kicked off alongside City was Watford taking on Burnley at the Turf Moor. It had all the ingredients for being a frustrating game, but Javi Gracia’s men were up and running in the first 3 minutes. It was Andre Gray, who started the attack and it was he who finished it with a wonderful and somewhat lucky finish. Troy Deeney did extremely well to get the assist with a perfectly weight ball, nicely setting up the volley for Gray.

Deeney was bright all game and his handwork paid off with an early goal in the second half, just like the first half. It was once again a wonderful assist, with Doucoure setting it up with a drilled yet perfectly weighed assist. But the pick of the goal was the third one, scored by Will Hughes. He picked the ball up near the halfway line, moved about 20-25 yards with it and unleashed a curler from outside the box, one which nestled into the back of the net and killed the game off. The game ended Burnley 1-3 Watford.

The biggest talking point of the day though was the final game between Manchester United and Brighton and Hove Albion. United were terrible and did not get off the blocks at all, with Brighton taking a quick fire 2-0 lead. Although Romelu Lukaku did get one back, Brighton the looked more likely team to score. And they did score, with their chief architect, Pascal Gross converting the penalty to send everyone in AmEx stadium absolutely berserk. All this madness was just the first half, with United still having the full 45 minutes of the second half to get back in the game. 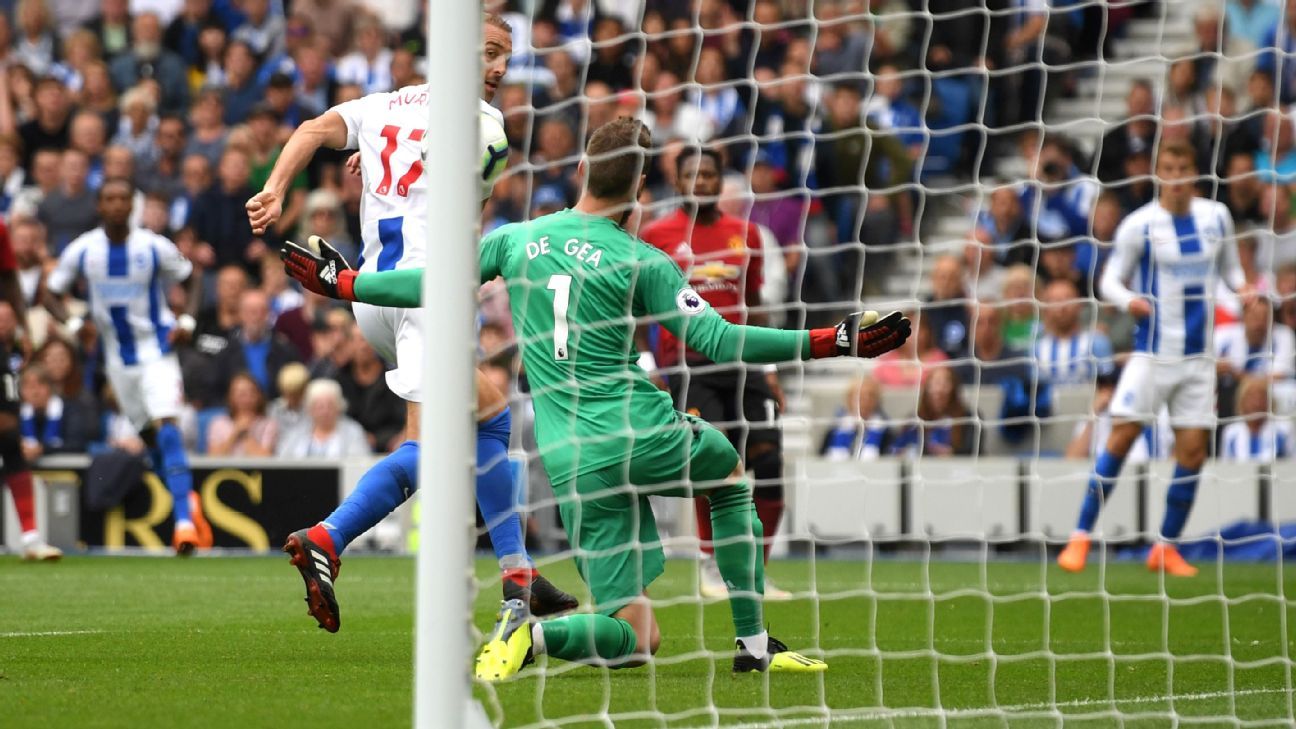 But United lacked the fight and punch. Pogba was ineffective, Fred was run ragged by the Brighton midfield, while Lukaku was brilliantly neutralised by Shane Duffy and Leon Balegon. A late Pogba penalty saw United get within one goal from getting something out of the game. But it was just too little too late for them and Brighton secured all 3 points in an impressive and hard working win. Talking about goals, Glenn Murray arguably scored the first and the best goal of the game, with a deft little flick to lift the ball just above a half crouched de Gea from 5 yards out. It was an easy on the eye goal, one which lifted the team and brought the AmEx stadium back into life.

Shane Duffy converted from the corner to put Brighton in the clear early in the game, sending the stadium into wonderland. Lukaku quickly pulled one back, but United did not inspire any confidence even after getting a goal back, with Brighton exerting some pressure on  de Gea, and reaping the rewards with a penalty. To be fair, Gross was very lucky to see the ball creep in, as it was a poorly taken penalty by the Brighton main man. Big big problems are brewing in the red half of Manchester, while the Sky blue half is coasting just like they were coasting for the whole of last season.

The late Monday night kick-off saw Liverpool take on a dangerous looking Crystal Palace. Roy Hodgson, the former England manager, has really worked wonders at Selhurst Park, with Zaha firing on all cylinders, Townsend rediscovering his best form while Milivojevic and McArthur are solid as always in midfield. But the game was all about Liverpool’s defense and Virgil van Dijk. The towering centre-half had a brilliant brilliant game, thwarting the Crystal Palace attacks and contributing well in set pieces. 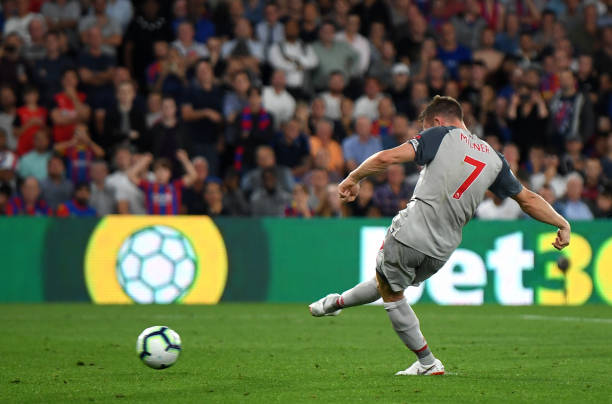 The first chance of the game fell to Andros Townsend, whose curling and dipping effort was denied by the post, with Alisson trying desperately, yet failing, to reach for the ball. The first Liverpool goal was a controversial penalty, one which will always look wrong to the opposition team, but one which the referee had to give. Sakho fouled Salah in the box with three or four nibbles on his knee and Salah eventually went down, with Michael Oliver pointing to the spot immediately. Milner did not do anything dodgy and converted the penalty properly.

Crystal Palace went all in after going behind in front of their fans, laying siege on the Liverpool goal. Milivojevic forced Alisson into a wonderful save from a free kick, while Benteke always threatened from corners and set-piece. It was a set-piece though, which ultimately was their downfall. From a Crystal Palace corner, the ball fell kindly for Salah. He quickly drew a defender and then passed the ball to Sadio Mane, who ran half the length of the pitch, rounded the goalkeeper and finished it off effortlessly to kill the game and the home team’s rearguard action.

In the end, Palace will be hard done by the defeat, but Liverpool showed the form that champions show, winning the tough away games and grinding the result out. Liverpool and Jurgen Klopp will be happy with the efforts of his team, with Milner and Wijnaldum successfully keeping Henderson and Fabinho out of the first team with solid performances in the middle of the park. Salah looked a little selfish in front of goal, but that need not be a bad thing necessarily, with Mane already up and running with 3 goals in 2 games. The signs are good and Liverpool fans will be cautiously optimistic for the season.