The Spanish football season was at its peak of tensions. Real Madrid were competing in three competitions - Copa del Rey, La Liga and UEFA Champions League. The El Clasico was looming with an away trip to Man Utd also in the schedule. Jose Mourinho was slowly but surely losing control of his dressing room.

La Liga was slipping out of his hands and he needed to win in the El Clasico to stay in the race for the title. Man Utd, meanwhile, were going to undergo a radical change in leadership with Sir Alex Ferguson gone at the end of the season. This made the game a very special event.

At the end of one of the more heated training sessions leading up to the El Clasico, Jose Mourinho, who was leaving in his assistant Rui Faria’s car, saw a familiar face outside the gates of Valdebebas training complex. It was Abel Rodriguez.

Cut back to seven years ago. It was the summer pre-season and Real Madrid were in Los Angeles, California for their annual pre-season preparations. Abel Rodriguez, a Mexican-American living in LA, took two weeks of unpaid holiday to volunteer to help around while Real Madrid trained.

He chased balls, laid out cones and did everything a ground staffer would do, for free. He used to wake up at 5AM and go at it till 11PM for two weeks straight. He drove to and fro from the UCLA training site with a smile on his face and love for Madrid in his heart.

He did it once, loved it, so he did it again and again and again. For 7 years, Abel worked his socks off for two weeks without getting paid a dime. Rodriguez did all this just to get up close with the superstars at Real Madrid. When Mourinho arrived at Real, he recognized the work done by Abel every summer and always had kind words for the hardcore Madridista.

After 7 long years, on the insistence of his wife and daughters, Abel decided to break his savings and go on a trip to Madrid, Spain to watch his beloved club play. The only problem was, he had no money to buy the tickets, only enough to fund his to and fro journey to Madrid. He reached the Valdebebas training complex early in the morning, a couple of days ahead of the El Clasico.

Obviously, the security guards did not know who he was and thus did not let him in. But Abel would not let up. He had, after all, sacrificed a family holiday to live his dream. In the simmering cold of Madrid, Abel waited outside the gates in the hope that Mourinho will pass the gates and somehow recognize him.

That is exactly what happened. After waiting for the whole day, Abel saw Mourinho and Rui Faria leaving the complex. He immediately made a fuss and caught his attention. Mourinho instantly recognized him, asking the “Guy from California” what he was doing 6000 miles away.

This was the moment Jose Mourinho showed what a beautiful person he was. He changed the life of this hardcore Madridista on hearing his heartfelt story. Mourinho immediately asked his assistant to make sure Abel got his room in the hotel where Real Madrid and Barcelona stayed ahead of the El Clasico. 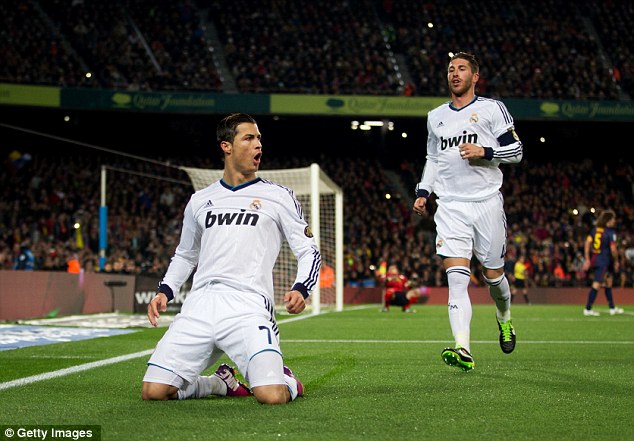 He was invited to the training complex the next day to meet up with the full squad and enjoy a day of leisure at the Valdebebas complex. He then had the honor of having dinner with Mourinho and his full staff just 90 minutes before the big El Clasico. He attended the El Clasico with one of the best seats in the house. He saw his club win 2-1 over Barcelona and attended the celebrations in the Madrid dressing room, meeting Cristiano Ronaldo and Maradona among others.

After the game, Abel decided to meet Mourinho once again to bid farewell. This is when Mourinho showed his generosity. He said “You’ve come all the way to Madrid from California. You need to watch us play in the Champions League. You help us and you live a bigger dream.”

He was made an official kit-man, which funded his trip to Manchester. Abel was a little wary of that and wanted to pay for himself. That is when Mourinho told him, “When you are in Europe with us, you don’t pay for sh*t.”

Abel Rodriguez was forever immortalized in the history of Real Madrid and UCL, with a famous footage of him standing next to Ronaldo in the tunnel and walking out side-by-side with Sir Alex Ferguson as the UCL anthem blared on the speakers. A few minutes before walking out of the tunnel, Javier Hernandez, a fellow Mexican, on the request of Jose Mourinho, came up to Abel and told him that he will be giving his jersey to him at the end of the game.

This was a brilliant touch from a manager who was coming of the back of one of the biggest games of his life, playing one of the toughest opponents in European football. Under such big pressure, he still had the humility to think of and surprise a Madridista and a common man.

He got to see Madrid win against Man Utd, had the fortune of being the go to man for Sir Alex Ferguson when he wanted to get ahold of Mourinho for a customary drink after the game. He also received Javier ‘Chichiarito’ Hernandez’s jersey as promised and also helped Marcelo and Robin van Persie exchange jerseys.

Abel finished up his work and tried real hard to get ahold of Mourinho one last time before he left for LA. But he couldn’t find his savior, the man who helped him live out his dream in the best possible manner. For Mourinho, it was just a small act of kindness, but for Abel, it changed his life and made it a fulfilling experience, one that he will never ever forget.