The knockout format that knocked India out of AFC Cup

On 26th June, Chennaiyin FC won the away final fixture of the AFC Cup against Manang Marshyangdi in Nepal, but there was no joy of the win for the AFC Cup debutants nor for the Indian fans, as the team got knocked out of the AFC Cup finishing second in the group to Bangladeshi club Abahani Dhaka.

This meant that Chennaiyin would go down in the history books for an embarrassing record- the first team in the last seven years from India to have not been able to make it to the knockout stage of the Asia's second-most coveted club competition.

Ever since Bengaluru FC earned the best track record for India in the AFC Cup in 2016 by finishing runner-ups, surpassing the previous best record of Dempo's fairytale run to the semi-final of the competition, the expectations from Indian clubs to win the silverware had risen exponentially.

There were even expectations from the clubs to earn a spot in the Asia's premier club competition- the AFC Champions League. But fast forward in 2019, Indian fans witnessed a downfall no one ever expected. India's club game has always been considered a notch above in terms of quality in comparison to its counterparts from the other countries of the subcontinental and overall the entire South Asian region.

With the birth of Indian Super League (ISL) and subsequent allocation of a spot in the continental competition to the league, it was expected that India's performance would see an unexpected rise- due to the quality of foreign players and coaching staff brought in by deep pocket owners.

Traveling back in the time, Chennaiyin's journey to the AFC Cup definitely will tell us what could exactly have been a big, if not the only reason for the disastrous end of India's part in the AFC Cup. Chennaiyin FC won the ISL title after defeating Bengaluru FC in the final of the 2017-18 ISL season.

However, the Machans were an unlikely winner. Bengaluru FC were the favorites to win the league as they were the best team in the league stage. The Blues had topped the group that season and were the league leaders by some remarkable margin in the points table. They were ahead of second-placed Chennaiyin by 8 points and third and fourth-placed teams by 10 points. No team was close to the Blues. But Chennaiyin defeated them in the final to win the league.

The Blues and India skipper Sunil Chhetri expressed his disappointment at missing out of the continental competition due to this, "I think if you work hard for 18 weeks, you deserve to be called the champions of India," Chhetri posted on Twitter. "The minimum that you deserve is an AFC Cup slot. I am not just saying it because of what is going on right now. Last two years, I played for clubs that won the league and eventually lost the trophy. 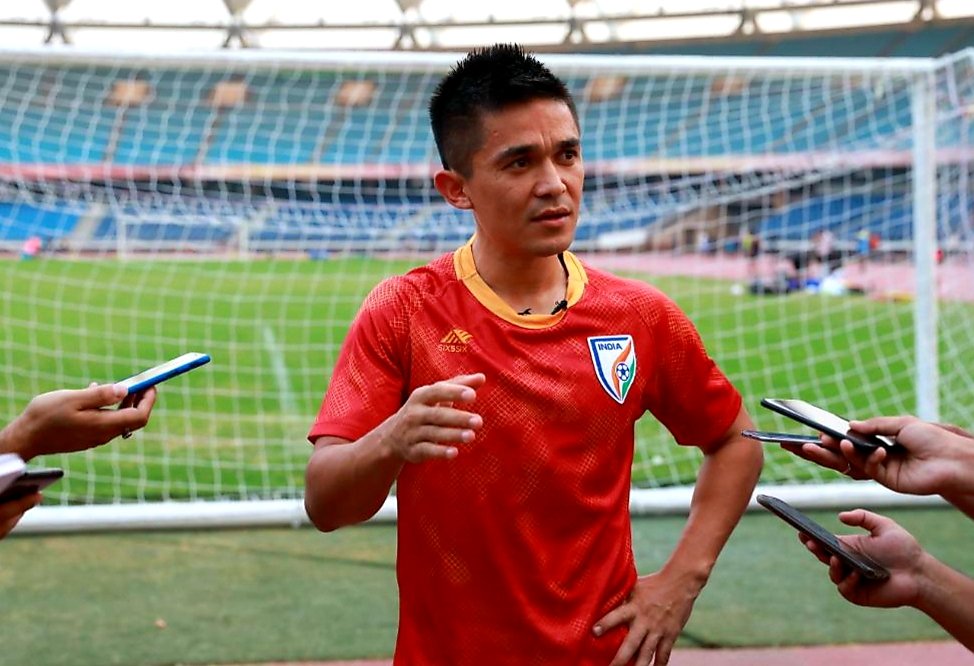 He added, "The semifinal is great for fans, the atmosphere, everything is interesting and then getting the ISL trophy is great. But I think the AFC slot is should at least go to the one who worked so hard for 18 weeks because it is not easy; you get injured, you have away games, you have suspensions. I just hope that soon the rule changes. I am sure that every players, clubs and fans associated with the ISL will feel the same way."

"I want to thank the fans and I want to congratulate Chennaiyin FC for winning the final. But I believe we won the league phase and so we are the champions," Bengaluru and India custodian Gurpreet stated.

Indeed, had the club played in I-league they would have been called the champions, and this is how the champions are decided in most leagues of the world. All top European leagues follow this suit.