For a large part of the 2000s and the early 2010s, the word rock was synonymous to Carles Puyol at the back. After 593 games and 21 trophies over a period of 15 years, Puyol won it all with Barcelona. The one club man though did not have it all easy.

The first few years of his senior playing career were marred by on and off the pitch unrest, as Barcelona lost the club vice-captain, Luis Figo to Real Madrid. The next few seasons saw Barcelona struggle in the La Liga as well as the Champions League. Managers kept coming, with more than one manager a season becoming a regular trend. 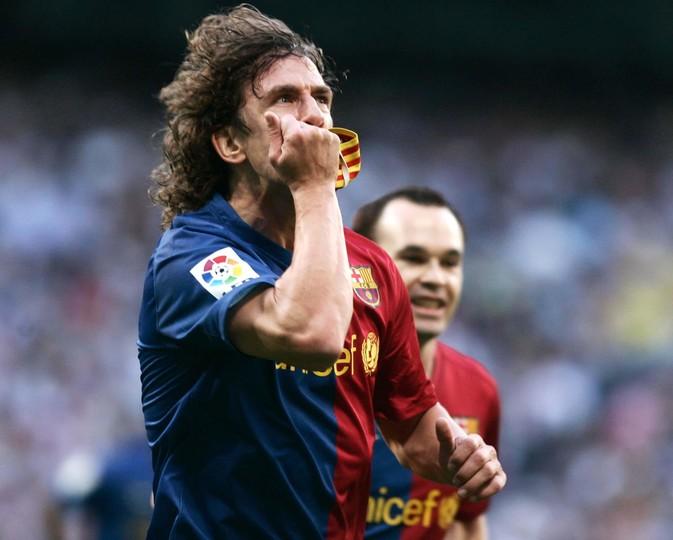 But the resignation of Joan Gaspart and the appointment of Joan Laporta, along with the election of Carles Puyol as the club captain breathed new life into a club facing one of its worst periods. Puyol might not be tall, he might not be quick off the blocks, but he was a commanding presence, both at the back and in the air for Barcelona.

Puyol did not make up for his deficiencies by playing dirty, instead, he was one of the ambassadors for the spirit of football, never losing his temper on the field. He was frequently called into action in the El Clasicos over the years, making sure the Barcelona players did not cross the line and spreading calm over the pitch.

In a fiercely contested match against Mallorca, Ballesteros, their defender, was sent off for a rash challenge. Puyol went to the player and tried to calm him down, who was furious after seeing the red card. In his fury, Ballesteros slapped Puyol across the face. Seeing this, Ronaldinho and the rest of the Barca teammates came across to get a handful of the Mallorca defender. Puyol, seeing this, pushed his teammates away, diffusing the situation in order to restore calm back onto the pitch.

Nobody in the stadium could believe what Carles Puyol did, pushing Ronaldinho away from Ballesteros in a bid to calm the situation down. This episode would’ve surely left Ballesteros red-faced and highlighted the qualities of Carles Puyol, a true leader and sport.

Puyol was passionate yet extremely fair in his love for football

During the Puyol era, Barcelona, even though they had fairly short CMs and attackers, defended well from set-pieces and corners. But since his retirement, set-pieces have become the biggest weak link for the club. While Pique has been really good for long spells, his inconsistency, coupled with a short Mascherano at the back, has seen Barca ship plenty of goals from set-pieces.

The signing of Umtiti might have brought a defensive solidity back at the back, but Barca, without Puyol, have lost the last proper defender to grace the Camp Nou. With the La Liga title looking fairly certain at the moment, the Champions League encounter with Chelsea, and the set piece threat of Morata will make for an interesting tussle. If Barcelona want to survive the tie, both Umtiti and Pique would have to channel the qualities of Puyol to stand a chance of keeping a clean sheet at Stamford Bridge in the first leg.