Mauricio Pochettino is a magic worker. He played with a squad which was not reinforced in over a year. His team was without a home for most of the season. Yet he achieved the top 4, quite comfortably that too, and then guided his team into the UCL finals. The route was not easy too.

They had to fend off Inter in the group stages. They dispatched Borussia Dortmund with authority. The next 4 games saw them just edge past Man City and then win it with the last kick of the game against AFC Ajax. Fernando Llorente and Lucas Moura have been his best players, helping them get past Man City and AFC Ajax solely on their own.

Ahead of the UCL finals, Mauricio Pochettino faced the music of the media and here are the highlights of the press conference:

What are your raw thoughts ahead of the UCL finals?

“The most important thing is to be ready, to feel the emotion and to be free, to play like when you were young, a child at seven, eight, to play with that freedom. The key is not to think that there will be one billion people watching you, but to enjoy, to run, to talk together, to help each other, good communication.

The moment you get to a final it’s about winning the final. We trust ourselves, respect our opponent because Liverpool are a great team, with Manchester City the best in England. One year ago they were in the final and they deserve full credit.

Tomorrow it’s about enjoying and trying to win because if we want to try to write history, tomorrow is about winning.”

Will Harry Kane be fit for the finals and will he start the game?

“It’s not going to be easy taking a decision tomorrow but it was difficult in the last game we played and in the quarter-final and in the semi-final. In every single game we have to make decisions. Tomorrow is another decision.

For sure, we have all the information. We know every single detail and we are going to take the best decision to try to win. Always in football it’s so painful when this type of game arrives. You can only use 11 players from the beginning. All decisions are important, but it’s part of my job to select the starting 11 and try to win the game.”

Can you give us a fitness update from your squad?

“The four players [Jan Vertonghen, Harry Winks, Davinson Sanchez and Harry Kane] started Friday and Saturday to be involved with the group. That made everyone very positive that they can be available at the weekend. That’s very good news for us." 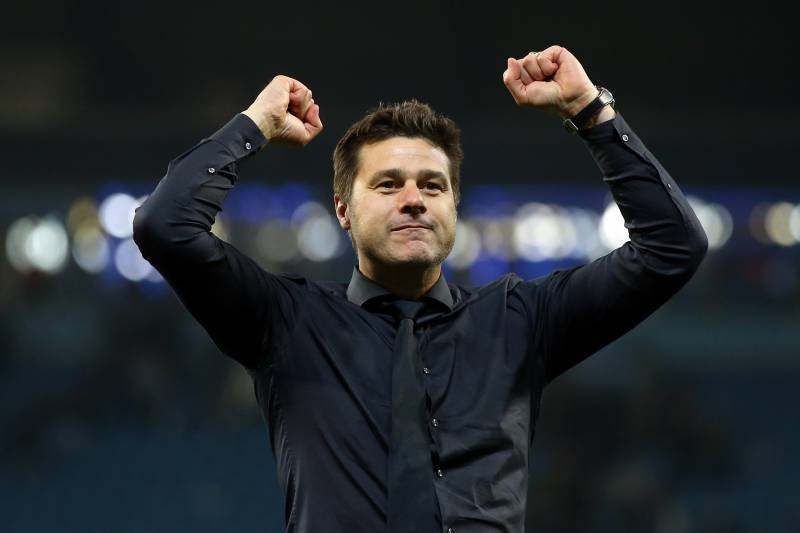 Jurgen Klopp has been a very successful European manager without ever winning the trophy. Do you think he deserves more credit for reaching the finals so many times?

“Jurgen is a very successful manager, he's great, he's always happy, he's optimistic, he's spontaneous, he's natural. I think the people judge because you lose the finals; for me, you need to judge that it's the third time arriving at the final. That is the most difficult thing and then a lot of circumstances will be decisive. You need to trust that the universe conspired, and you lift the trophy.

How important will it be for his players to cope with the pressure of playing in the biggest game of the season?

“You cannot prepare a friendly game like you prepare for a final of the Champions League. When there are one billion watching you in a final, the most important thing is freedom. When you are seven, eight, nine [years old] and you play with freedom, the key is not to think that one billion people are watching you. That is going to be the key.”

Will Mauricio Pochettino create history with his Tottenham side, winning the Champions League after spending absolutely nothing on reinforcements? Write to us at contact@indifoot.com or reach out to us on instagram, twitter and facebook.