The Rise of Frank Lampard

Frank Lampard was the kind of player who could unlock defences with his passes and he could take the game into his own hands and score the crucial goals. He had scored 23 goals in his last two season at West Ham, but his best was yet to come.

It was Claudio Ranieri who saw the potential in him, forking out £11 million to sign Lampard from West Ham in 2001. Lampard was so consistent and reliable that he almost always played all 38 matches of the season. In his first four seasons at the club, Lampard only missed one match due to suspension.

But it was the 2004/05 season that saw him rise to prominence as he was regarded as one of the best midfielders in the world. One such instance was the 2-0 win against London rivals Tottenham. Lampard was at his absolute best, scoring both the goals and seeing Chelsea across the line in a hotly contested match. 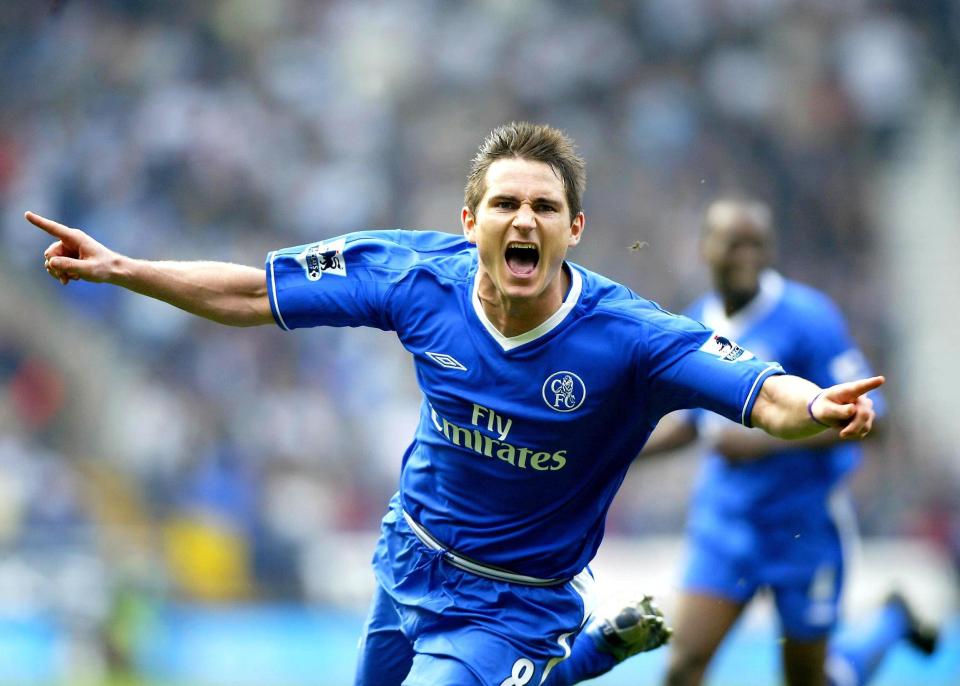 Lampard celebrates after scoring against Tottenham in 2005

But it was in the Champions League have Lampard announced himself to the world. In the Round of 16 against Barcelona, Lampard scored the goal in the second leg which took Chelsea ahead of Barcelona for the first time in the match. It came off a beautifully stuck shot by Cole which was deflected into the path of Lampard. It was a goal which he richly deserved after going close so many times and dictating the tempo from the midfield.

In the quarterfinals, Chelsea met Bayern Munich and Lampard was again their best player over the two legs, scoring three goals in a 6-5 aggregate win over the Germans. His second goal in the first leg was a thing of beauty. He chested Makélélé’s cross with his chest, swiveled around elegantly to meet the ball with his left foot. It was the crispest of volley and one which deflated Bayern’s hopes of progressing. His effort in England and Europe were recognized by him finishing just behind Ronaldinho for the 2005 Ballon d'Or. 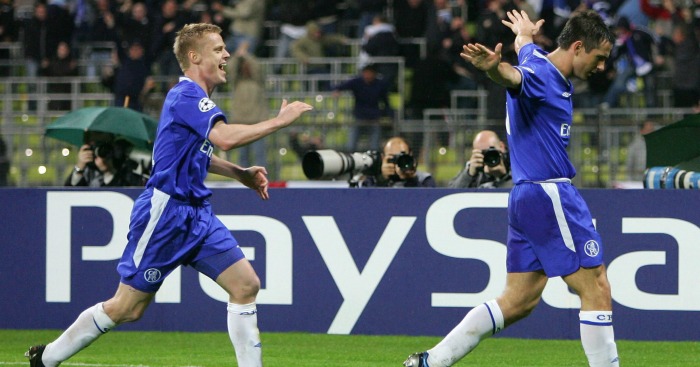 A key reason to Lampard being so successful was that he hardly missed any matches for Chelsea. Every attacking move seemed to flow through him and while his genius was never in doubt, a great part of his success and his stature as a club legend had to be credited to the tireless work done by Claude Makélélé and Michael Essien and later, John Obi Mikel. The defensive midfielders made sure Lampard never had to worry about tracking back or shadowing an opponent off the ball, giving him the freedom to express himself on the pitch, with Chelsea ultimately reaping the rewards.

Lampard seemed to always conjure up something special on a big occasion. Players came and went, but nobody could replace Lampard. He had scored more than 10 goals in 10 Premier League season, scoring an astonishing 22 in the 2009-10 season. Second Striker, Winger, CM, CAM, whatever be the position, Lampard was the solution. In the 2012 Champions League semi-final second leg at Camp Nou, Lampard made the difference in a game in which Chelsea played with 10 men for a long time, threading the decisive pass to Ramires who scored to put Chelsea level on aggregate and ahead on away goals.

It was a historic night at the Camp Nou, one that paved way for even bigger drama at the Allianz Arena. Bayern Munich was playing the Champions League finals at their home, and Chelsea produced just the kind of display that made them worthy of the title. With John Terry, Raul, Ramires, and Ivanovic out with suspension, Lampard captained Chelsea to Champions League success, playing in a more defensive role and shielding the defence which was spreading hanging by its bare bones. 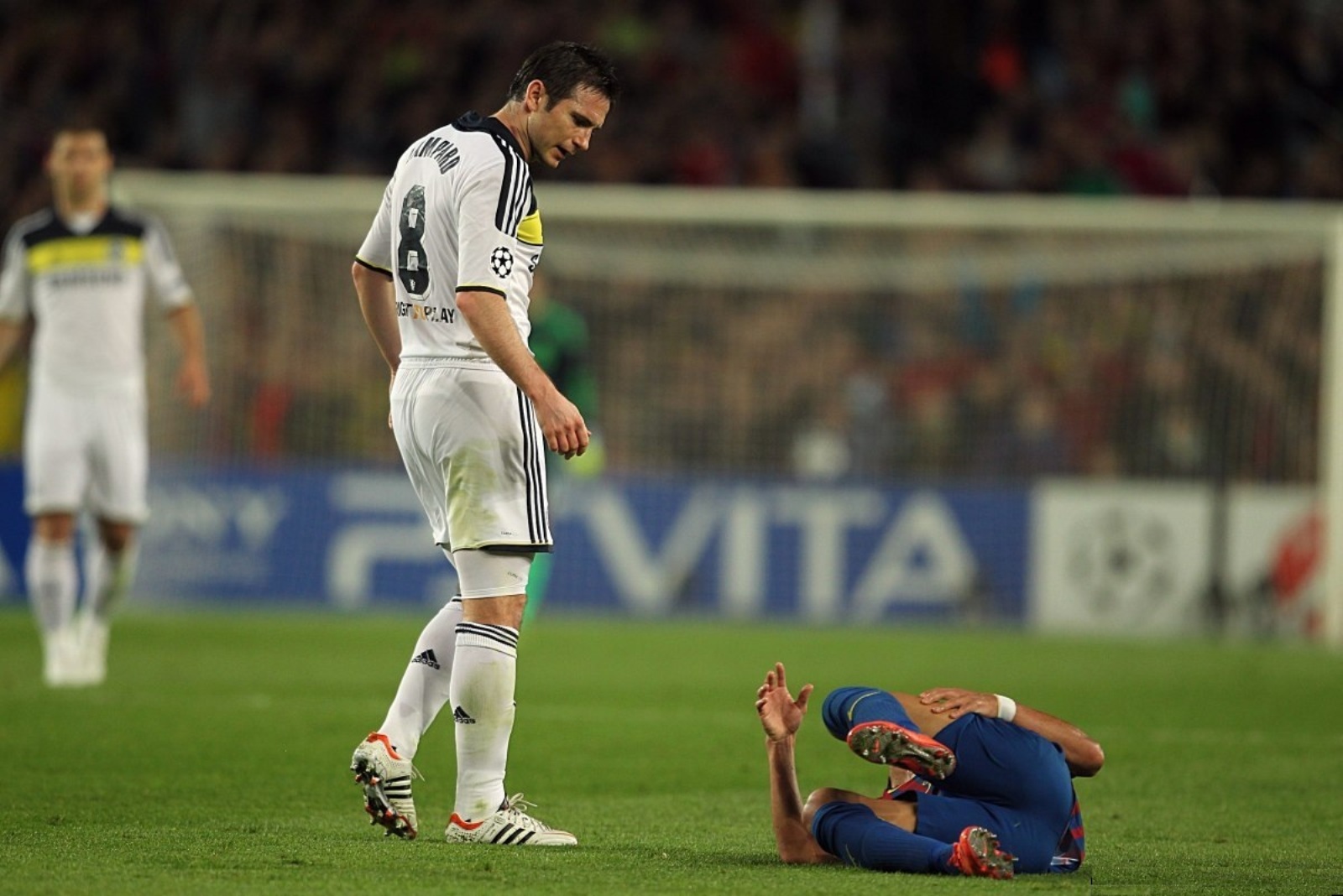 When the game went to penalties, Lampard converted his and Bayern failed to match Chelsea, thus giving Lampard the title which he had been waiting for 10 years to get his hands on. With 211 goals for Chelsea, Lampard has written his name into the history books at Stamford Bridge, inspiring a generation of English footballers and setting the standards by being the best Central Midfielder to ever play in the Premier League.