England have done it. They made a lot of changes, played Phil Jones and Marcus Rashford, and it payed off. They successfully lost against Belgium and set up a date with Colombia for the Round of 16 while Belgium topped their group and get Japan. It might seem counter-intuitive, because you all know that Colombia have James and they went till the quarterfinals last time around, but it is more than that.

Colombia are sweating on the fitness of James Rodriguez, and they have relied on two Yerry (read: Jerry) Mina goals to book their place into the Round of 16. Their defense, although strong on paper, doesn’t look stable and their midfield lacks that creativity and hustle and bustle that James brought last time around. If England can tackle an underperforming Colombia, they will have either Switzerland or Sweden waiting for them in the quarterfinals, making them a realistic contenders to reach the semifinals at the minimum.

England have also been doing well under Gareth Southgate. Jessie Lingard looks like a rejuvenated player, while Harry Kane has brought his club form to the World Cup, banging in 5 goals already. Jordan Henderson has come on his own, finally, for his country, with the burden of captaincy off him. John Stones and Harry Maguire have looked assured in a 3 man defense and Jordan Pickford has been solid, vindicating his managers faith in him. 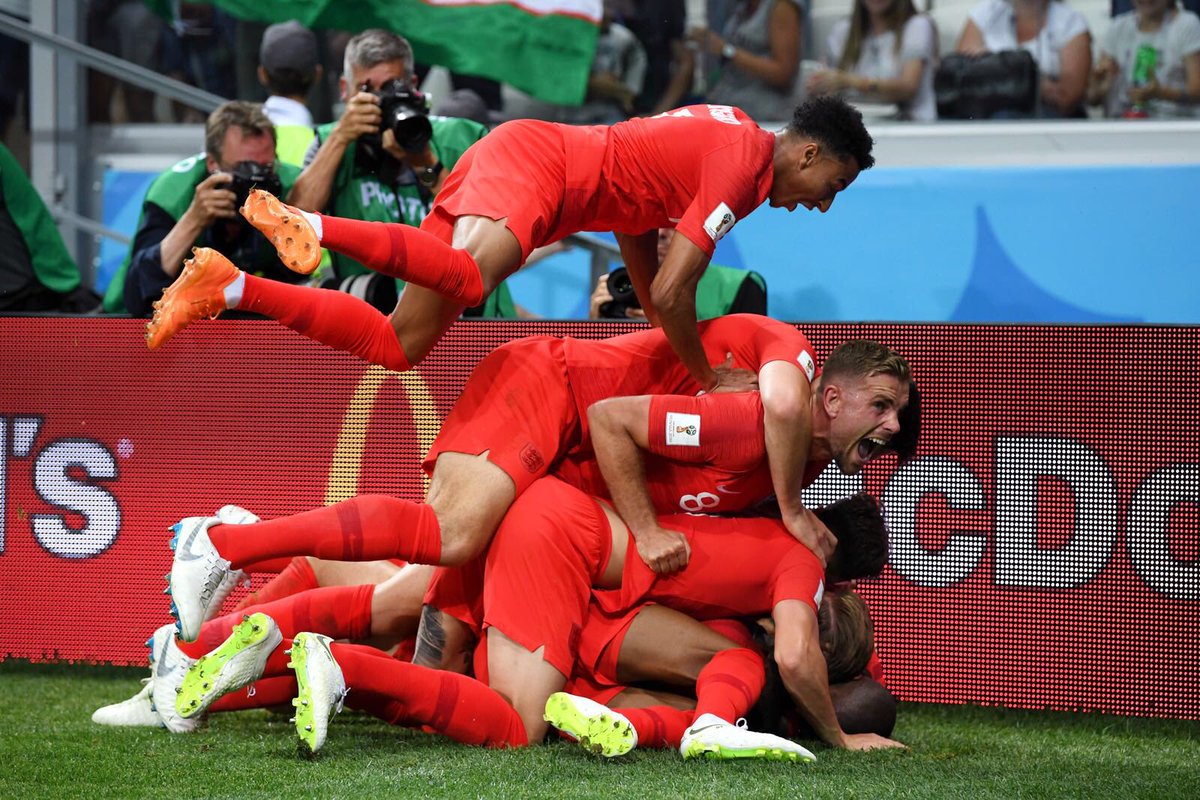 While earlier England squads relied on one big superstar to drag them, this England team has a young collective unit, which is fearless and full of belief. This confidence is clearly visible in their gameplay and their attitude on and off the pitch. With Dele Alli working his way to fitness, and Ruben Loftus-cheek doing extremely well in his absence, England actually have a selection headache ahead of their clash with the Colombians.

Jose Pekerman, on the other hand, will be sweating on the fitness of James Rodriguez, who has had a start-stop World Cup, while Radamel Falcao, although 31, has to been able to knock in the goals like he has been doing for Monaco. Jose Quintero has been a revelation in the absence of James, but with Juan Cuadrado having a mixed World Cup so far, it is tough to predict which Colombia will turn up against England.

They were terrible against Japan, but they bounced back and showed their class and style against Poland. Against Senegal, they again underwhelmed, with a towering Yerry Mina goal securing a narrow win. Colombia are an entertaining side on their day, but they could look out-of-depth and off-song if England turn on the style , like they did against Panama. If there is one thing that is a surety with Colombia, we can expect a tough and cagey game in the absence of James and an open and entertaining game in his presence, such is his quality and talent.