Will give everything to be in the pages of history

From being the 'Most Valuable Player' in the tournament of Serbia Tour to winning the highest goalscorer award on China tour, Vikram Pratap Singh is looking in fine touch as the AFC U16 Championship campaign starts tomorrow.

India will take on Vietnam in the opener in Group C that also boasts the likes of Iran and Indonesia.

The young striker who hails from a humble family of Chandigarh is eager to make the nation proud as India will be vying to book a spot in the finals of the 2019 FIFA U17 World Cup to be held in Peru.

"We will try our level best to return home with history in our pockets. I will try my best to score in every match. We are already preparing hard for the Championship and will give our everything to be in the pages of history.” said Vikram.

But it's not just the semifinal spot that the Punjabi striker is setting his bar at. 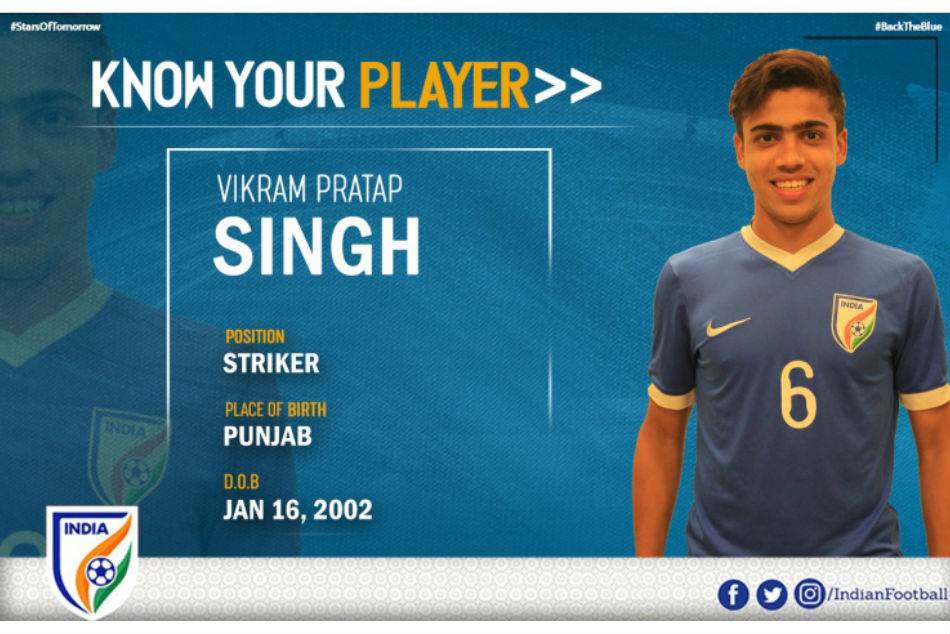 "I want to win the AFC U-16 Championship as well. It is a tough task but it is not impossible. We can win the Championship if we believe in ourselves and have the grit."

Wary of the tough opponents in the group,Vikram further added that the team is prepared to get the better of his opponents.

"We will be taking one match at a time and the first goal is to progress out of the group stages. In the group stages the most difficult opponent will be Iran, but we have devised a plan for them as well.”