Couple of weeks back, FIFA confirmed that it has expanded the FIFA world Cup 2026 into a 48 Teams affair. This means that the 2026 edition of World Cup will have 16 more teams than its previous editions.

FIFA World Cup started in 1930, Uruguay being the host for that edition also successfully managed to claim the trophy. Only 13 Nations took part in that edition. After this, FIFA increased the number of slots for the final round of FIFA World Cup to 16.

World Cup remained a 16 team affair up until the 1978 World Cup which was both hosted and won by Argentina. Then from 1982’s Cup in Spain, the World Cup was made open to 24 teams and it was only as recently as 1998 that FIFA decided to let 32 teams play in the final round. So, now after a gap of 28 years FIFA will again increase the number of participating teams.

NOW, LET’S TALK ABOUT INDIA AND ITS CHANCES:

But from the 2026 World Cup, Asia will have 8.5 slots available to them. The half slots representing teams going to the play-offs.

If the 8.5 slots were to be awarded purely on the basis of the present FIFA ranking then these are the teams that would qualify for the 2026 World Cup from the Asian Confederation (AFC). 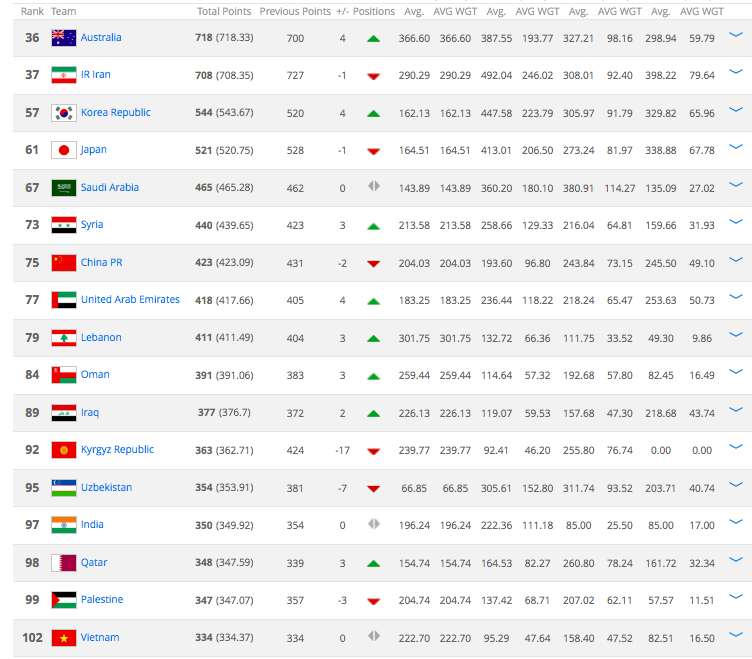 Needless to say, these are some of the heavyweight teams of Asia but where does India stand against them?

Over the past couple year the India Under-17 and the INDIA U16 had plethora of opportunities to lock horn against the best Youth Groups of both Asia and Europe therefore we look back at some of those results in order to figure out where we stand compared to the best in Asia.

Now ranked 67th in the World FIFA ranking and 5th in the Asian Rankings, India U17 boys had the opportunity to play against them during the 2016 U16 AFC Championship.

The Game started pretty well for India, they started dictating terms to their West Asian counterparts. India U17 was 2 goals up just within the first 25 minutes of the game. The turning point of the match came in the 80th minute when a lapse of concentration from the Indian side costed them two back to back goals. Fortunately, for India, Suraj Wangjam’s late goal at the 90+5 minutes helped the blue colts to draw level.

We faced them in the BRICS Cup back in 2016. Both the teams played in the same manner throughout the game and it was only the goal at 90+5 mins from China’s U17 player Cong, which separated the two teams. 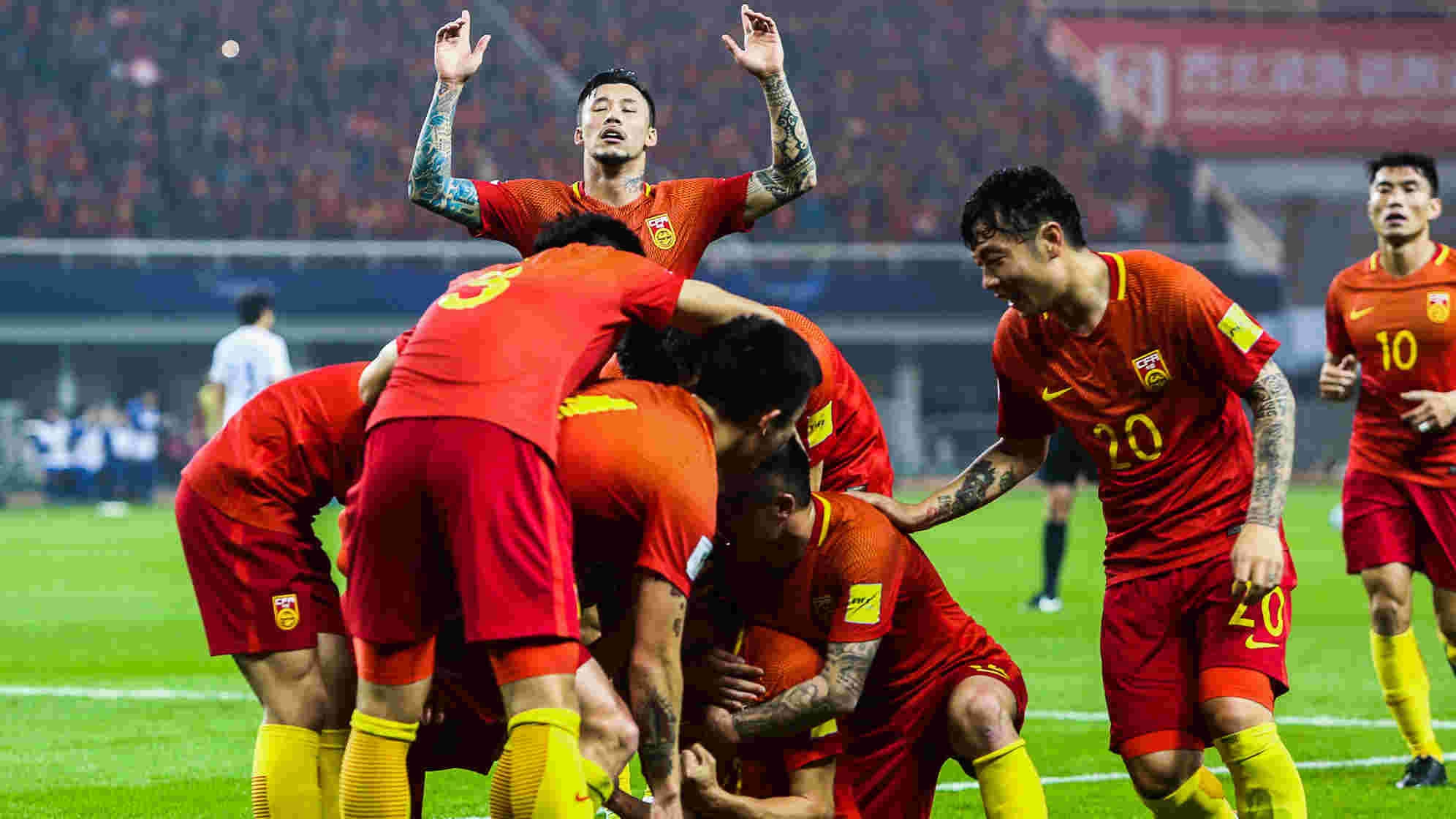 UAE was India’s first game in the 2016 AFC U16 Championship. Indian team had a sensational start, we were leading by 2 goals to 1 against UAE, in the first half itself. Then due to some poor defending mistakes and lack of concentration from the Indian side, the UAE players scored two goals in the second half. Ending the game 3-2 in favour of UAE.

India U17 played against Korea in the Youth Cup and it turned out to be one of our finest performances in the International Stage. In this game, we completely dominated this Asian Football powerhouse. We had better ball possession, our players were displaying out of the world football skills and looked far more confident on the ball than their opponents, all in all, it was an outstanding performance from the colts. The only thing missing was a goal as the Korean team parked the bus with all of their 10 players in the back line defending.

No one would have been able to guess that the difference in FIFA ranking between the two teams were 120 at that time. The Game ended with a scoreline of 0 – 0 (Draw).

India U17 team faced Iran two times and the stories has been completely different each time.

The first occasion we faced them was in the AFC U16 tournament. We lost that game by 3-0. Iran’s first goal came from its brightest young prospect Ghadari, in the 23rd minute of the match. The next two goals from Iran were at the 81st and 90+1 minute of the match, both the goals were from the penalty spot. They dominated us for most of the match and needless to say they were technically superior to us and displayed much better team co-ordination.

Then came the Granatkin Cup, here we faced Iran for the second time. We were much better prepared this time around and it showed on the pitch. We were clearly the better team that day (17th Jan 2017).

Right from the very beginning we had our attack mode on and was having a go at the goal every 5-7 minutes. India’s biggest moment came in the 8th minute when Abhijit Sarkar failed to tap in the ball into an open net. Iran on the other hand struck the back of the Indian net at 39th minute against the flow of the game.

During the second half, the Indian team upped the ante but still failed to score a goal. We are attacking from the left , from the right , from the centre and this made the Iranian defend on their toes. Being unable to cope up with the Indian attack their defence even conceded a red card. Inspite of all our effort we couldn’t manage to get a goal. We were so impressive that even the Iranian coach ended up heaping praise on our players.

If the India U17 Team under Matos and Nicolai Adams was good then the Bibiano Fernandes led U16 Team is a step ahead than their seniors.  In the recently concluded 4 nation tournament, India U16 team came out with flying colors as we not only held Serbia U16 team to a 1-1 draw but also defeated Asian football powerhouses like Jordan and Tajikistan, that too by a very convincing margin.

They have also defeated the likes of Singapore, Hong Kong and Chinese Taipei to win another 4 Nation Youth Touranment in Hong Kong. Though, they did suffer defeat at the hands of teams like USA and Norway in another tournament but they were all close results.  Last year at the AFC Championship qualifiers they pulled off stellar performances by holding Iraq to a goal-less draw and embarrassing Palestine by defeating them with a scoreline of 3-0. Right now, their next assignment is in China where they are going to face off against teams like DPR Korea, Thailand and Host Nation China.

Though this is not a perfect parameter to measure our chances for qualification to the FIFA World Cup but this is the only parameter we have. As this U-17 and U16 Indian boys will be around 21-23 years old when the qualification process for the 2026 World Cup starts and will be 24-26 years old when the actual world cup begins, therefore, the AIFF must do everything to ensure that these batch of Indian Youth players improve at par with their Asian counter-parts if we ever want to hear the National Anthem at the FIFA World Cup.

At least these results shows that the future generation of Indian footballers, if not better, are equally good as some of the higher ranked Asian Nations and with 8 slots up for grabs for the 2026 World Cup, AIFF must do everything to groom and prepare the present Youth teams to ensure that we somehow manage to seize the golden opportunity.