Zinedine Zidane has decided to step down as Real Madrid manager effective immediately. The 45-year-old former Real Madrid player has called time on his 2 and a half year stint at the capital club after winning a historic third Champions League finals in three consecutive years.

Zidane's decision to call time on his Real Madrid stint came as a surprise to many as he was backed by Florentino Perez as well as the Real Madrid senior players, who loved the coach. Noticeably, he had won 9 out of the 13 trophies he competed for in his 2 and a half years at the club, which included 3 Champions League, 2 FIFA Club World Cup honors, 2 UEFA Super Cups, 1 Spanish Super Cup and 1 La Liga title.

"It is a sad day, for me, for the club, the players, everyone at this club. It is an unexpected decision -- I loved him as a player, and coach, and wanted him always at my side. But when he takes a decision the only thing we can do is respect it.

I would have liked to convince him, but I know how he is, so the only thing I can do is offer my respect and acknowledgement, and tell him he will always be welcome here at his home.

This is 'until soon' as I have no doubt that you will be back. Although if you need a rest, we understand that." This was followed by the Frenchman making his brief statement:

"I have made the decision to not continue next year as manager of Real Madrid. This is a strange moment but a very important moment. And I had to do this for everyone. This team must continue winning and it needs a change that will be good for everyone. 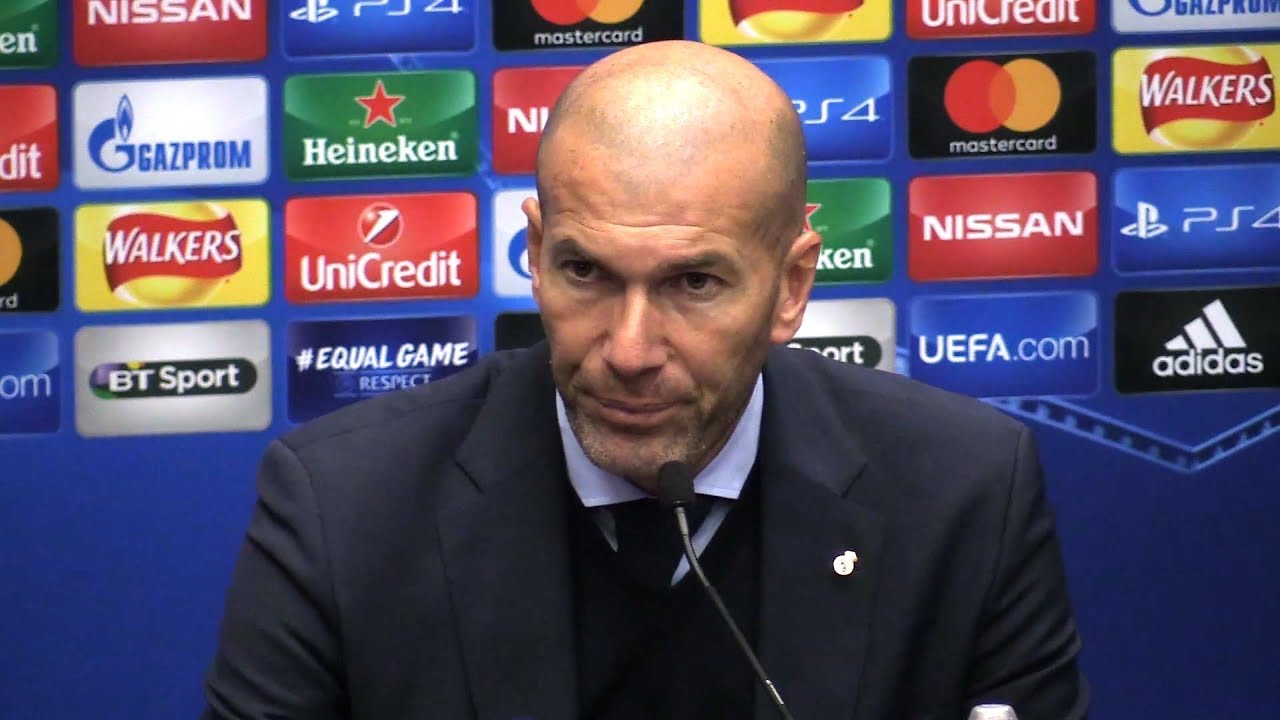 There are difficult moments when you can wonder whether you are the right person still. I do not forget the hard times, as well as the good times, and that makes you reflect. And this is the right moment. The players need a change, I want to thank them too, as in the end they are the ones who fight on the pitch. This is a demanding club, not easy for them, with this great history. We always want more from the players, and a moment comes when I cannot ask them for more. They need another voice, to return to winning again.

I am doing this for the good of this team, for this club. It would have been difficult for me to win again next year. There have been good moments, but also difficult times. I do not forget that. And at this club you must know this. I do not want to start a season and have a bad time, I want to end with Real Madrid when everything is going well. I did it as a player, and now again as a coach. This the right moment to end things well.

There are many reasons for this. I am not tired of coaching, after three years. But it is the moment to [leave] here.... I am not going to coach another team [right away]."

Thus, Zizou has made it clear that he won't jump into another club right away. This opens up the possibility of him coaching the France National team. This makes sense because of his expertise in man-management and handling of egos. He will also command huge respect from his players as he has been there and won it all with the National team.

Meanwhile, Perez will be looking at the soon-to-be free Antonio Conte, Maurizio Sarri, Mauricio Pochettino and possibly Arsene Wenger as potential replacements for the outgoing manager. With the news coming as a big surprise, it will be interesting to see how Madrid respond to this and whether they appoint a new manager before the World Cup or wait for the fallout from the World Cup to pounce onto one of the International Managers.